Every year, the defense minister sends a letter to bereaved families, reminding them that the death of their loved ones did not happen in vain. Today, as Israel marks Memorial Day, the brother of Tamar Ben Eliahu, who was killed in a Jerusalem bus bombing during the Second Intifada, has decided to speak out against a government that isn’t willing to ‘take brave steps toward bringing peace and quiet.’

As a bereaved brother and son to a bereaved family, I would like to respond to the letter you sent to bereaved families, which was published in honor of Memorial Day for the Fallen Soldiers of Israel and Victims of Terrorism. Just as you made sure to spread the message of your letter far and wide, I would like my message to you to be public.

You wrote that despite Israel’s successes in various areas, “we have not yet attained peace and quiet,” and that “we will continue to strive for peace.” I ask you, Defense Minister Ya’alon, on this Memorial Day, for a bit of personal soul searching. Have you yourself helped push Israel and its citizens toward “peace and quiet?” Do you really “strive for peace?” Even before you were appointed defense minister, you announced that there is no place for the establishment of a Palestinian state. And specifically this past month, when the peace process ran into difficulties you decided it was the right time to approve the expansion of Jewish settlements in Hebron and violate the status quo there. Furthermore, you decided to approve the expropriation of 984 dunams of private Palestinian land in the Gush Etzion settlement bloc, and to declare them state lands for the purpose of expanding the settlements of Neve Daniel, Elazar, Alon Shvut and the illegal outpost Nativ Ha’Avot. These actions, along with your opinion on the establishment of a Palestinian state, force me to wonder what the word “peace” means to you, and whether you are truly interested in peace. Are you truly interested in leading Israeli citizens toward peace and quiet, or perhaps towards new settlements to be built between as many Palestinian villages as possible?

The sad thing is, Mr. Defense Minister, that in order to reach peace and quiet, one must solve the conflict that leaves more and more bereaved families in its wake. It seems as if you and your government are not interested in solving it, but rather “managing” it. And managing it means continuing to impose military control on another people, which inevitably leads to that nation’s resistance, and to the suppression of that resistance, ad nauseam. Continuing to “manage the conflict” will only lead to more deaths and bereaved families. 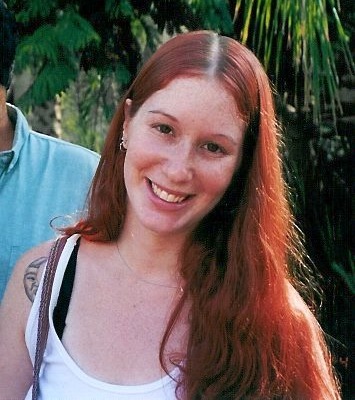 Lior’s sister, Tamar, who was killed in a Jerusalem bus bombing in 2003.

As defense minister, I am sure that you understand that there is a difference between addressing immediate and long-term risks. In the long term, despite Israel’s success in various fields, continued military control over the Palestinians and the continuation of the conflict are the greatest risks to the security of the citizens of Israel and the future of the state. The firing of rockets from the Gaza Strip at residents of the south, terror attacks on Israeli citizens, resistance by terrorists against IDF soldiers and the tension with Hezbollah in the north are all the result of “managing the conflict” instead of moving toward solving it. Thus, you must show responsibility for the long-term security of the citizens and take steps that will bring about a solution to the conflict. One can argue over the solution, but there is no arguing with taking steps that recognize the right of the Palestinian people to live in this land with us, under an entity that provides them with all the rights and liberties afforded to citizens of a democratic state. These rights and liberties need not come at the expense of the security of Israel’s citizens, but rather to ensure that very security.

I will end with the words of Israeli author Yehonatan Geffen: “Until we release ourselves from this colony of ours, we will not have Independence Days, only Memorial Days.”