The Islamic group has good reason to believe that violence will work for it, and maybe even set the stage for diplomatic engagement with Israel: it has in the past, both for itself and the PLO. 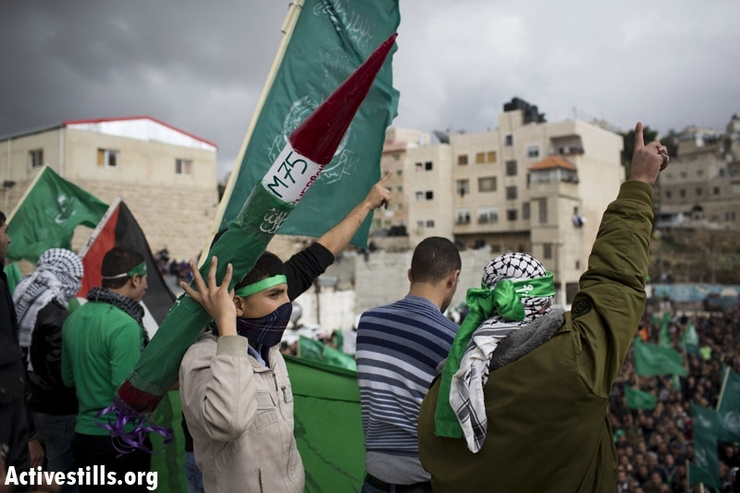 It is ironic that Israel rushed to point to the kidnapping of three Israeli teens as the reason it cannot negotiate with a Palestinian leadership affiliated with Hamas.

Indeed, in the wake of the kidnapping — regardless of the outcome — Israel will very likely use the event as an excuse to stay away from the already comatose peace talks with the Mahmoud Abbas’s moderate, Fatah-dominated PA and PLO.

However, if Hamas is indeed behind the kidnapping, and it carries it out with the professionalism, patience and successful strategy that it used with Gilad Schalit, it will in all likelihood lead to direct talks between Hamas and Israel. (Hamas has not explicitly denied being behind the kidnapping, but it did describe accusations that it is responsible as “stupid.”)

Israel actually has a long track record of contact and negotiations with Hamas, a group whom it lobbies the entire world to boycott. Those negotiations and contacts have taken place in the context of a prisoner swap, but are far more regular regarding cease fires and understandings about security protocols.

Following nearly every escalation, military operation and round of violence involving Israel and the Gaza Strip since 2007 when Hamas took full control of that territory, Israel has, through Egyptian and other intermediaries, negotiated explicit and implicit agreements with the Islamic political and militant movement. Those agreements have covered ceasefires and general arrangements under which Hamas would prevent other armed groups from attacking Israel, as well as very specific and technical ones regarding the size and depth of Israel’s “buffer zone” along the land border and access to Gaza’s territorial waters.

The fact of the matter is that Israel, like it loves to claim about its neighbors and cohabitants of this land, also understands force when push comes to shove. Israel has a long history of negotiating with terrorist organizations in order to release its own captured soldiers and civilians. Such negotiations take place when its own superior but conventional force is not, or is no longer a viable option.

Whereas Mahmoud Abbas’s commitment to non-violence for the most part allows him and his government to take the higher ground and increase international support and empathy, that very same non-violent engagement in the international diplomatic and political arena has given Israel a domestic excuse to cut off direct ties with him. Hamas’s adherence to armed resistance and terrorism, on the other hand, is a surefire and proven way to guarantee Israel’s attention and to bring it to the negotiating table.

It must be mentioned that Abbas was only given the opportunity and platform for a non-violent approach in large part due to the violent acts of his predecessors, which put the PLO and cause of Palestinian national self-determination on the world agenda and consciousness. The world’s recognition and acceptance of the PLO followed a wave of violent terror attacks and hijackings in Europe. It is easy to forget that the Oslo peace process — and ultimately, the widespread acceptance of the two-state solution — came at the heels of, and as a direct result of the First Intifada.

This is of course not an endorsement of violence in any way, shape or form. It is, however, important to understand how violence has worked for Palestinians in the past. It has not fully achieved their goals, to which the 47-year-old occupation attests, but it has certainly advanced them. As a marginalized movement in Palestinian politics and internationally, it is no wonder that Hamas keeps violent tools in its pocket. They give it legitimacy — vis-a-vis official Israel.

Let there be no mistake. Palestinians will suffer as a result of the kidnapping of these three Israeli teenagers, who have done nothing to deserve the suffering they are enduring. And if whatever violent group is responsible ever wants to fully participate in a diplomatic process with international acceptance it will need to eventually abandon those violent tools. However, from Hamas’s strategic standpoint, there is no reason to believe that time is now.

Israel’s disengagement from the peace process with a non-violent partner certainly doesn’t help.

If Hamas is behind this kidnapping and if it achieves tangible results, it will almost certainly strengthen its position in yet-to-be-scheduled Palestinian elections. Like its violence that played a huge part in pushing Israel to withdraw from the Gaza Strip in 2005, and like the Gilad Schalit prisoner swap, violent or armed actions that bring about tangible results are easily transferable to political capital, which Hamas desperately needs at the moment.

More on the kidnapping:
The kidnapping is indefensible – but Israel helped provoke it
Israelis aren’t the only ones facing national tragedy
The Palestinian unity government’s first real test