The prime minister didn’t reckon with the rising power of the Arab electorate. For the first time, he’s seeing his anti-Arab incitement stymied by old-fashioned realpolitik. 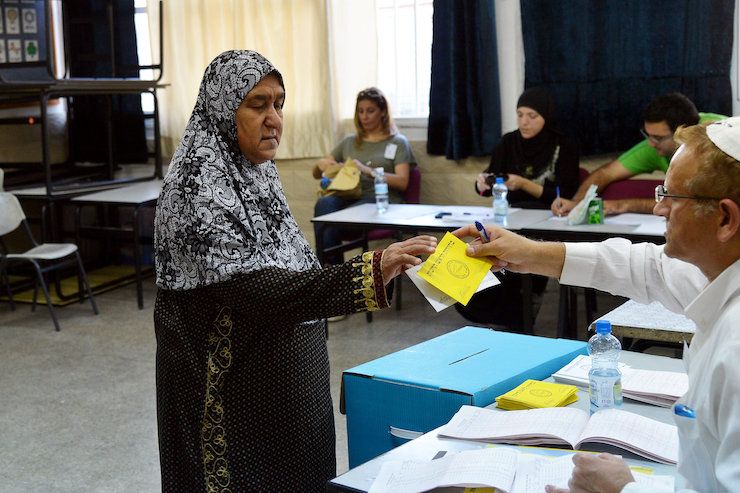 Netanyahu probably did not really believe he would be allowed to pass into law a bill permitting camera surveillance in polling stations on Election Day — not with Attorney General Avichai Mendelblit’s objection on record and the High Court all-but certain to strike it down. The surprise is that the government-supported bill never made it past committee to a first vote in the Knesset.

Netanyahu’s new campaign tactic is to claim that Palestinian citizens are “stealing” the elections by voter fraud. Four years ago he claimed in a notorious video that Arab voters were coming to the polls “in droves;” and more recently, polling station workers in areas with majority Palestinian populations were discovered wearing hidden cameras. Netanyahu is weaponizing his racist base by inciting against Palestinian citizens. This could result in right wing activists trying to intimidate voters at polling stations in majority Arab areas.

Netanyahu is playing the long game: not a single poll shows the Likud-ultra-Orthodox-religious right bloc reaching the necessary 61 Knesset seats to form a government. Even if the Kahanist Otzma Yehudit party passes the electoral threshold — which would boost Netanyahu’s chances of forming the coalition — the bloc would only get 60 seats at best. In most polls, the Kahanists don’t pass the electoral threshold.

Netanyahu knows that if this ends up happening, his days as prime minister are numbered. He is convinced, it seems, that a tagline such as “the Arabs are stealing the vote” could be used as an effective tool both against those inside the Likud who would want to oust him in order to avoid a third election, as well as Yisrael Beiteinu’s Avigdor Liberman, who seems to have found a new partnership with the Blue and White party. Netanyahu believes that neither Liberman — who regularly attacks Palestinians — nor senior Likud officials would want to come across as those who allowed the Arabs to “steal” the vote.

All of this could still happen, but the first obstacle came earlier than expected. The so-called camera law collapsed even before it was fully formed, which is perhaps where the most interesting development in this story lies. This law targets, first and foremost, Arab voters — to intimidate them from casting their votes and drive a lower Arab turnout. The opposition to the law, however, became far from merely an Arab issue.

Not only did the “usual suspects” on the left, Meretz, attack the law, but also the generals who have attached themselves to the party. So did the Labor party, which in the past had taken great caution from standing up for issues that “favor” Arab voters. Blue and White, which many justifiably describe as a soft-right party, also opposed the law. Even Liberman, who once used to boast about how the only thing further to his right was the wall, pulled his support for the bill, effectively killing it.

Of course, this doesn’t suddenly make Liberman a leftist politician. Liberman was and remains a man of the right. However, it does mean that, at this point in time, Liberman has found a larger, more immediate goal than to “screw the Arabs:” unseating Netanyahu. In order to achieve that goal, he’s willing to make a move that he knows Netanyahu will use against him, to rebrand him as a leftist.

There are many reasons for that, but one of the more interesting takeaways is the political strengthening of Palestinian Arabs citizens of Israel. One sign of that is Ehud Barak’s apology for the October 2000 events, in which Israeli police killed 13 Palestinians at a demonstration at then-prime minister Barak’s instruction, so that Meretz’s Esawi Frej would agree to Barak’s merger with the party to form the Democratic Camp. As +972 Magazine writer Noam Sheizaf noted, the question of whether Barak’s apology is sincere is less interesting than the fact that Palestinian voters managed to force this former chief of staff and prime minister’s hand.

A similar thing is now happening with Blue and White and even Liberman, even if they refuse to admit it. They understand that without significant participation of Palestinian voters, Netanyahu will remain prime minister. Otherwise, it would be hard to make sense of such a stark opposition to the bill.

Their interest is to have the bill fail, even if its alleged goal is to intimidate “only” Palestinian voters. As with Barak, it’s less important whether Gantz or Liberman think fondly of Arabs when they are finally realizing this groups’s political power. Palestinian voters are now a force to be reckoned with, and that has to mean good news. In the US and Israel, voter suppression is the ruling parties’ game plan
Trump's attempts to intimidate voters speaks volumes about the anti-democratic strategies shared by right-wing forces around the world.
By Mitchell Plitnick October 26, 2020 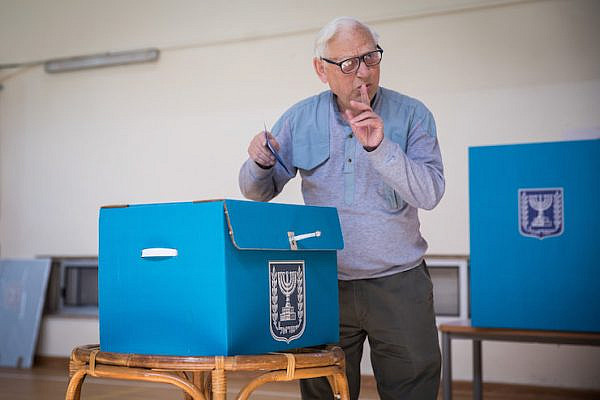 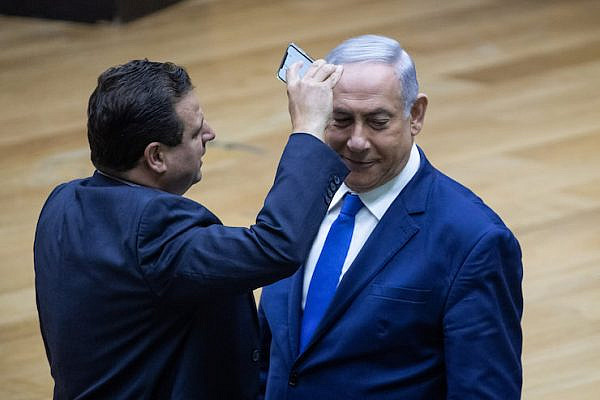 PODCAST: Will Netanyahu’s attempt to suppress the Palestinian vote backfire?
In the lead up to the Sept. 17 elections, Benjamin Netanyahu has escalated his racist incitement against Palestinians. The +972 Podcast talks to Adalah’s Sawsan Zaher about how these attacks are affecting Palestinian voters. Listen here: iTunes/Apple Podcasts | Google Play | Spotify Facebook temporarily suspended Benjamin Netanyahu’s official Facebook page Thursday after followers received a message calling on voters to prevent the…
By +972 Magazine September 13, 2019