Art exhibition and sale in Tel Aviv — and online — will try to cover the legal expenses of Israeli and Palestinian activists arrested for their protests against the wall, settlements, military campaigns and all systems of occupation and Apartheid. A great opportunity to support a great cause. 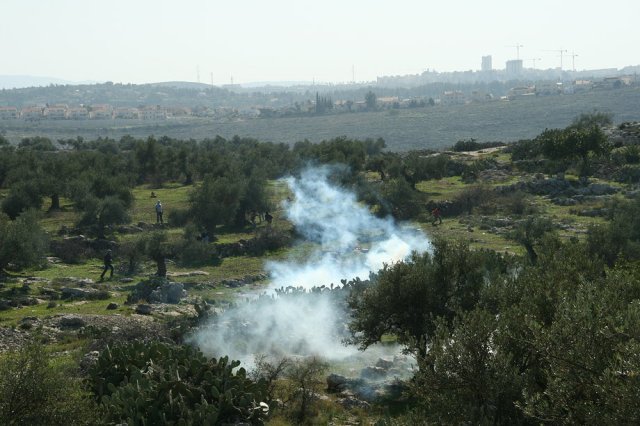 Over the past decade or so the popular, unarmed and joint struggle of Palestinians, Israelis and internationals has become a symbol of resistance to the occupation. In dozens of cities, towns and mainly agricultural villages, popular committees have been organized in the spirit of the First Intifada, uniting different factions in order to combat the construction of the separation wall or the expansion of settlements on Palestinian lands. Facing constant repression on the side of the army, the committees’ organized demonstrations have used colorful and creative protest mixed with direct action to try and stop land grabs and win independence. In some cases they have led to a significant change in the route of the barrier, winning back thousands of acres for farmers. No less importantly, according to organizers, the unarmed struggle — side by side with Israeli solidarity activists — has in itself been successful in breaking walls of separation between people and won international support for the Palestinian struggle. 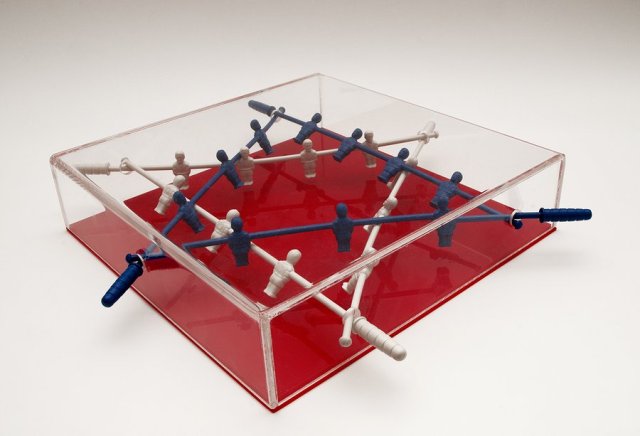 However, the struggle has its costs. More than 20 Palestinians have been shot dead by soldiers (10 of them minors) in the joint actions and hundreds of demonstrators have been severely wounded. “One of the means to suppress resistance is legal harassment,” rightly reads the art sale’s Facebook event. “Many demonstrators, Palestinians and Israelis, are arbitrarily arrested in anti-occupation demos. They face trumped up charges and must defend themselves in court against persecutory indictments. Providing legal support to activists is crucial for the continuation of the struggle.”

Over the course of 2011 alone 271 activists have been arrested and helped by the dedicated and extremely professional Adv. Gaby Lasky and her team, who offer activist groups discounted solidarity rates that in turn have to be covered by Anarchists Against the Wall (AATW). Of these arrests 112 were Palestinian (including 24 minors), 133 Israeli and 26 international activists (figures here – Hebrew PDF). Only 52 of the detainees were prosecuted: 50 Palestinians in military courts, and two Israelis in civilian courts. In order to cover the costs of such arrests and trials, activists from AATW and the Coalition of Women for Peace (CWP) have organized the upcoming art sale and exhibition, called “Intervals,” that will take place in the Minshar Gallery in Tel Aviv on August 29 to 31 (already available for sale online). A lot of the art is related to the conflict and struggle and the exhibition features donated pieces from some of Israel’s most renowned artists, such as Sigalit Landau, Miki Kratsman and others. 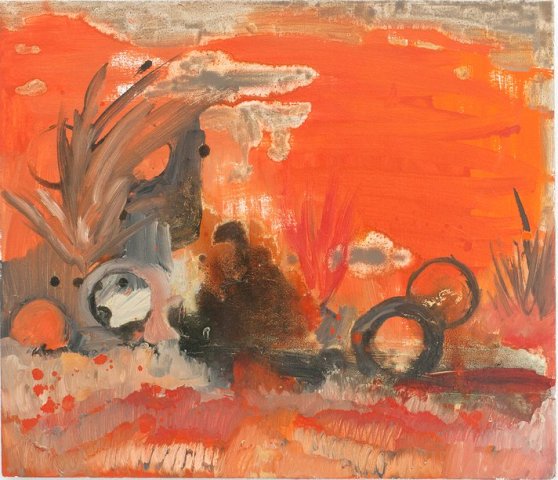 I can personally testify to the importance of this legal representation. As an activist with AATW – one of the Israeli groups most prominent on the ground alongside Palestinians (which recently released a book for its 10th anniversary) – I too have been arrested several times in non-violent demonstrations both in the West Bank and in Tel Aviv. Although eventually not convicted of anything and often not even charged, I still had to go through grinding legal procedures and trials. All these have been closely accompanied by Gaby Lasky and her team (one of whom was severely injured himself in a demonstration in Bil’in). The current art sale is meant to allow activist like myself and countless other Israelis and Palestinians to continue participating in protests without fearing that legal costs will break the resistance. 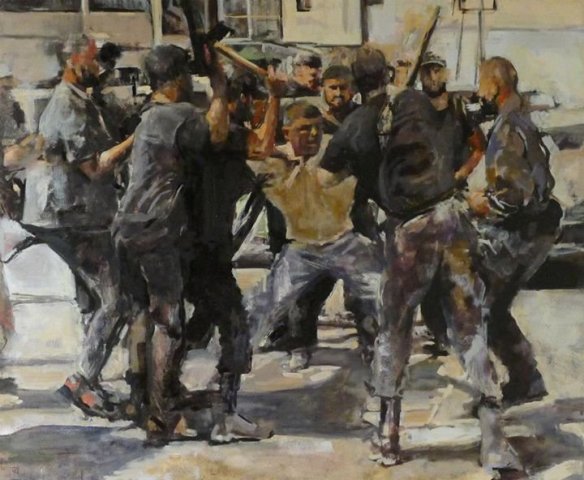 Famous Israeli artist David Reed is a regular face in the joint actions — carrying his video camera in order to document and later create art — and is one of the contributors for the art sale. “I too am sometimes detained by the army or police and I always know I have Gaby’s office to turn to once in custody, and that it’ll be free of charge” says Reeb. “The office also helps Palestinians who cannot afford legal aid elsewhere. I don’t think Gaby and her employees can go on working if AATW don’t pay their massive debts to the office and that’s why this sale is so important.” Reeb says he decided to donate a drawing of a cat and a dog, as “that to me describes the nature of the struggle between soldiers and police, who are said to represent the law, and the demonstrators. Also I was later reminded that cats are one of the symbols of Anarchists.”Reeb is not the only artist-activist to donate his work. He is joined by photographers from the Activestills collective, Sara Benninga and others. 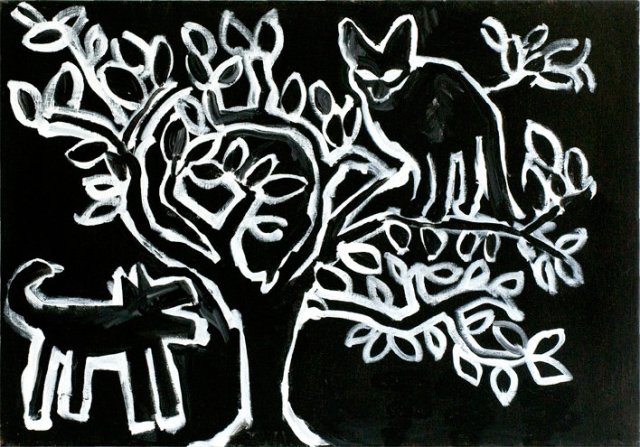 So far $150,000 worth of art work has been donated to the cause (25 percent of each sale will go to the artist), and more works are coming in. If you can afford it, this is one of the best ways to support the popular Palestinian struggle and the Israeli solidarity activists.

Shadow on Wall by Rafi Magnes

Read also:
The popular struggle – A new way of resistance
What has the struggle achieved?