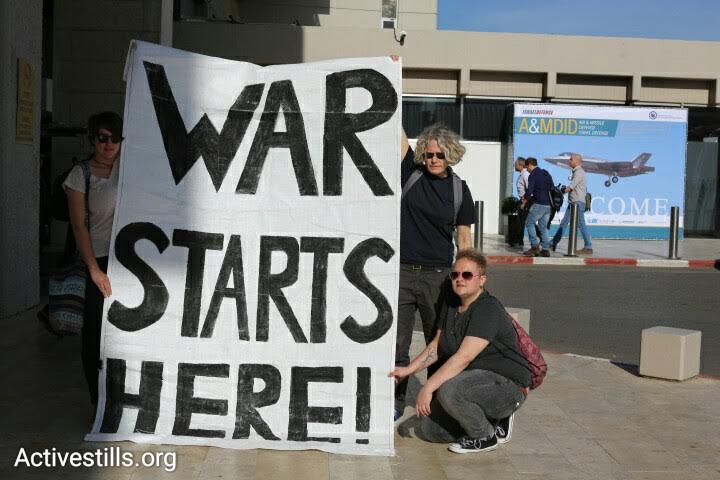 Conference goers at the “The International Air Conference,” the vast majority of them men dressed in suits and ties — did not expect to see a group of anti-war activists on Sunday morning at the Tel Aviv Hilton.

The activists, who belong to Coalition of Women for Peace, held up signs in Hebrew and English reading, “The next war starts here.” The demonstration came to an end after security guards and police officers intervened.

This year’s conference, organized by Israel Defense and the Fisher Institute for Air and Space Strategic Studies, focused on the Israeli Air Force’s new purchase: 33 F-35 Fighters. According to conference organizers, the aircraft is a “war machine in itself.” The goal of the conference is to form connections between the heads of the security industry and researchers, developers, project managers and weapons experts from Israel and the world. 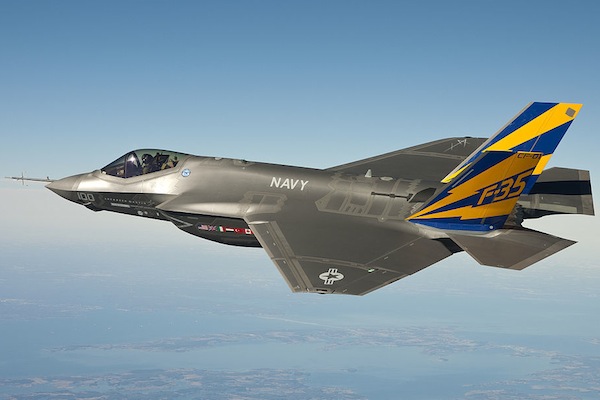 he U.S. Navy variant of the F-35 Joint Strike Fighter, the F-35C, conducts a test flight over the Chesapeake Bay.

Israel purchased the fighters from Lockheed Martin for over $120 million per plane with U.S. military aid following heavy American pressure. The deal is a clear example of the cooperation between Israel and the U.S.’s security industries, which takes advantage of the security situation in Israel in order to push through deals on experimental military equipment.

Israel is one of the largest weapons exporters in the world, and the conflict with its neighbors provides fertile ground for developing an array of weapons. From the moment a weapon is used by the Israeli army and is battle-tested, its worth on the global market goes up. 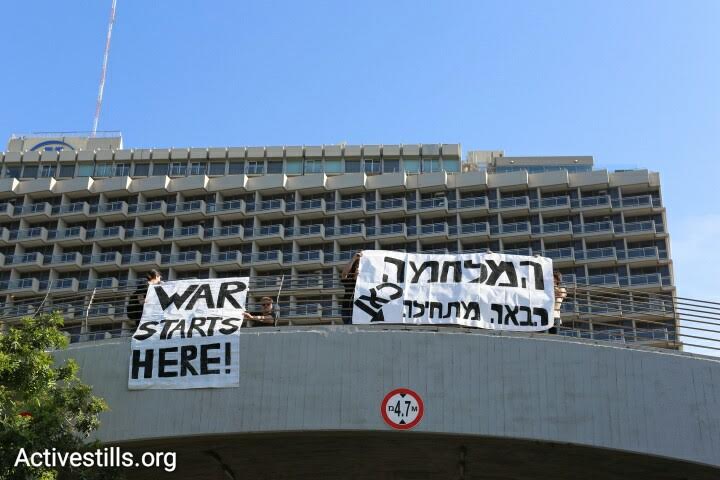 Tanya Rubenstein, who heads the Coalition’s “Hamushim” project — which investigates Israel’s security industry — told +972 Magazine: “We are here to expose the fact that generals and decision-makers are meeting here with businessmen in order to launch the countdown to the next war. This war will include using the new F-35 plan, whose simulator can be found here in the conference. This will promote its sale around the world, after it establishes its reputation with the blood of the victims from the coming war.”