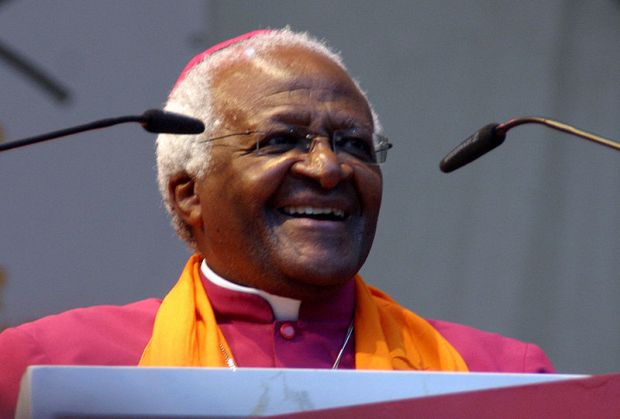 Archbishop Desmond Tutu is coming under attack for taking a stand against Israel’s occupation. Last October, the Archbishop Emeritus asked the Cape Town Opera not to travel to Israel. His argument was based on his firm belief in human rights and equality. He wrote, “Only the thickest-skinned South Africans would be comfortable performing before an audience that excluded residents living, for example, in an occupied West Bank village 30 minutes from Tel Aviv, who would not be allowed to travel to Tel Aviv, while including his Jewish neighbours from an illegal settlement on occupied Palestinian territory.”

Because of the statement, Tutu received attacks from the ‘pro-Israel” community in South Africa and abroad because of his statements. The Israeli Ambassador to South African accused Tutu of “bias’ while the Harvard law professor Alan Dershowitz simply called Tutu a “bigot’ and ‘Anti-Semite”.

The petition in Tutu’s defense was initiated by members of Open Shuhada Street in their personal capacities. It opposed a call from David Hersch, former vice-chairman of the South African Zionist Federation, demanding that Archbishop Emeritus Tutu be removed or resign from his position as patron of the Cape Town Holocaust Centre and the Johannesburg Holocaust and Genocide Centre. In a circulated letter Hersch called the Archbishop Emeritus anti-Semitic and bigoted.

In the first 48 hours, over 1000 people added their names to petition. The current count is over 1,600. Some of the prominent signatories include Arthur Chaskalson, Lord Joel Joffe, Omar Barghoutti, Adam Hochschild, Andrew Feinstein, Annie Lennox and Zackie Achmat. Open Shuhada Street endorses and fully supports the petition started by concerned South Africans in defence of Archbishop Emeritus Desmond Tutu.

PETITION IN DEFENCE OF ARCHBISHOP EMERITUS DESMOND TUTU
Archbishop Emeritus Desmond Tutu has publicly criticised Israeli policy towards Palestinians living in Gaza and the West Bank. He has also criticised Palestinian attacks on Israeli civilians. These criticisms are well-known. Recently, his criticisms of Israeli policy have elicited bitter personal attacks. Amidst calls for him to be removed as Patron of the Cape Town and Johannesburg Holocaust Centres of the South African Holocaust Foundation, Tutu has been attacked and labelled an anti-Semite and a bigot.

Disagreements should be debated openly, but these personal attacks are totally unacceptable.

During the Second World War, which killed 60 million people, Nazi Germany killed socialists, gay men and lesbians, Roma people, and resistance fighters, but its most systematic destruction was of the Jewish people. Six million Jews were transferred to ghettos and concentration camps before being murdered.

This grotesque crime against humanity must never be forgotten. Its legacy and lessons belong to and must be guarded by all of humanity. Racism including anti-Semitism, sexism, xenophobia, homophobia, and inhumanity must be resisted wherever they occur. As stated in the Mission Statement of the South African Holocaust Foundation, we must build “a more caring and just society in which human rights and diversity are respected and valued.”

This is precisely the cause to which Tutu has dedicated his life. He represents the finest tradition of resistance to all forms of oppression. He has taught us that understanding the Holocaust begins with appreciating that the only way for each of us to be safe is for all of us to be safe. He embodies the Universal Declaration of Human Rights, a document born of the horrors of the Second World War, the rights contained in which pertain equally to Israelis and Palestinians.

To use the Holocaust in an attempt to delegitimise Tutu is to undermine its legacy and insult the memory of its victims. To call him an anti-Semite, because he has attacked the policies of the Israeli government, is outrageous, renders the term meaningless, and enfeebles the necessary efforts to defeat real anti-Semites and racists.