Israeli government allegations of an EU double standard are largely grounded on misguided or incomplete information. 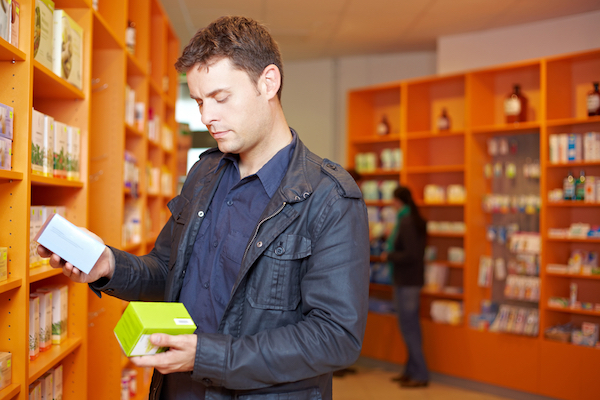 Illustrative photo of a man reading the labels of two products. (Shutterstock.com)

In 2005 the European Union clarified that products originating in areas beyond Israel’s pre-1967 lines do not benefit from preferential tariff treatment under the EU-Israel Free Trade Agreement (FTA). Ten years later, on September 10, 2015, the European Parliament passed an historical resolution calling on the EU to issue labels for products from those areas — settlement products. It passed 525 to 70 (with 31 abstentions), and will likely be effective from October 1 of this year.

Allegations of an EU double standard are largely grounded on misguided or incomplete information. Just as the EU does not support Israeli entities in the Palestinian territories, the EU does not provide support to Turkish entities established in Northern Cyprus under Turkey’s national law. Just as it relates to Israeli nationals in the occupied Palestinian territories, the EU evaluates the most suitable implementation methods for “individual projects” in Northern Cyprus, where perhaps half of the estimated 300,000 residents were either born in Turkey or are children of settlers.

As the EU itself clearly states in its own report, it does not enter into financing agreements with the Turkish Cypriot authorities, “because they are not officially recognized by the international community, the [EU] Commission has primarily implemented the assistance by entering into contracts directly and acting as the sole contracting authority.”

These EU policies are carried out with the express purpose of “facilitate[ing] the reunification of Cyprus” and with the aim of “improving the contacts between the two communities.” They are fully consistent with international law, including with Article 43 of the Hague Regulations, according to which building infrastructure is to a certain extent part of the occupier’s obligations, as long as the infrastructure is built for the benefit of the local population.

As for the Western Sahara case, the EU signed a Free Trade Agreement (FTA) only with Morocco and not with any other entity that lays claim to the disputed territory. In the Palestinian context, however, the EU also signed a FTA with the Palestine Liberation Organization (PLO). As argued by Israeli scholars Neve Gordon and Sharon Pardo, each of the two FTAs, with Israel and the PLO, has its own territorial scope and “there is no overlapping between the two.”

The four-year agreement with Morocco that the European Parliament approved in December 2013 to allow European boats to fish in territorial waters off Western Sahara is hardly free of defects. If nothing because the aspirations of the local indigenous Sahrawi population as well as the concerns expressed by several international organizations were largely ignored. Yet, the two contexts should not be conflated, both from an historical and a strictly legal point of view.

The double standard claim is thus largely misplaced and the resolution passed in September 10th by the European Parliament can hardly be conflated with a form of boycott. It is indeed a belated step that tries to hinder the ongoing status quo through the labeling of products manufactured beyond Israel’s internationally recognized sovereign territory.

To maintain what has been for years a blurred approach, allowing preferential treatment for products manufactured in settlements, would in fact function as a sort of incentive for the ongoing status quo. This is particularly meaningful considering that many of the products originating from settlements are destined for Israeli markets and that most of the natural resources exploited by Israeli companies in the Palestinian Territories are aimed to the benefit of Israeli citizens (about 94 percent of the materials produced in the Israeli quarries in the West Bank is transported to Israel).

Ignoring this reality would betray the principles on which the unity of the European continent was forged.

Dr. Lorenzo Kamel is a Research Fellow (2013-16) at Harvard’s CMES. Among his most recent publications: ‘Imperial Perceptions of Palestine: British Influence and Power in Late Ottoman Times’ (I.B. Tauris 2015) and ‘Arab Spring: The Role of the Peripheries’ (Special issue of Mediterranean Politics, May 2015, co-edited with D.Huber)