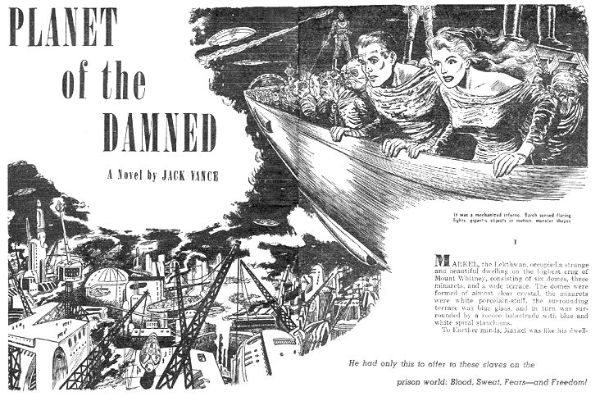 How foreign to the Martian soil is the NASA vessel that just landed there? About as foreign as Israel considers itself to be from the Middle East at large. At least this is the sense one gets recently from observing our inner discourse over the events in Egypt, Tunisia and elsewhere.

Most of the talk in Israel today is fearful talk. We discuss how the lion in whose den we’re trapped is bound to turn on us as soon as it completes its conversion to fundamentalist Islam. Seldom do we take the advice of the Talmudic sages and evaluate where we fit in the body of that lion. Are we its tail? Its head? We consider ourselves as having no part in it.

To the naked eye, we are indeed this foreign. Take me. Though born here to parents born here, I don’t fit into the regional cliché. There is a blond aspect to my hair color, my cultural background draws heavily on Eastern Europe and I can barely speak any Arabic. I accept that eating copious amounts of hummus doesn’t render me more of a Middle Easterner, since assuming so would be Orientalist at best, but if that’s so, would liking gefilte fish render me any less local?

What is this cliché, anyway? Are only people who smoke hookah pipes worthy of being considered “Middle Eastern?” Many different people inhabit this region. Some of them are endowed with African skin color, others are blue-eyed, some are mathematics proferssors, others are cave dwellers, some are Anglican and others members of secretive sects. Even Palestinian society alone is that diverse, to say nothing of the vast territory between, say, Istanbul and Muscat.

Furthermore, “Middle Eastern” should be a dynamic term, especially at a time when the region is showing signs of change. As the images brought to us from Tahrir Square surprise us and broaden our understanding of regional dynamics, stereotypes turn less and less meaningful. No I don’t fit the Middle Eastern cliché, and yet I’m a resident of the Middle East, and if I forever consider myself a foreigner, never will I feel responsible for the region’s fate.

Many years ago at a European hostel I met a group of young, white South Africans. Late night, after many a glass of cheap Italian wine, it occured to me to ask them whether they felt African, and they proudly, instantly said “yes.” These were the late 1990s, a time of change in their country. I was moved by their answer, knowing that they knew their fate and that of their neighbors to be shared fate.

Much like them, I consider myself Middle Eastern, despite the differences. All of us here, including newcomers, are a part of this landscape and share responsiblity for it, regardless of how welcome it makes us feel. When mainstream culture in Israel deters us from seeing ourselves as such, it corrupts us. It is much easier to occupy and dehumanize when feeling removed from the terrain, not to mention elevated from it.

Many comments on this blog allude to a future in which Israelis will “return to Europe.” While I would be the first to immigrate to that wonderful continent, such comments express enormous ignorance. About half of Israelis have no roots in Europe. Their origins are instead Middle Eastern per se – or more often North African. I will not go here into the very slim prospects of Jews voluntarily moving from this soil to every corner of the earth. I’d rather examine the integration of Israelis into the Middle East as a far more productive and feasible idea.

To achieve such integration, we must combat our own fear that this territory is inhabited by barbarians. Israelis are afraid of “becoming Middle Eastern” because we’ve come to see our region as a dark spot on the map, marked: “There be dragons.” Heaven forbid we allow ourselves to become “like them.” Heaven forbid we even consider ourselves, without changing a single habit, to be included under the same definition.

The comfort of our own room

This is a colonialist attitude, but Israel is colonialist by choice and by choice only. It did not start off as an offshoot of a conquering empire. Our forefathers were refugees who felt an authentic historical link to this soil and thus chose it as land of refuge.

The sovereign state they founded here assumed an empire, the American one, during the cold war. Then that cold war ended. During the Oslo-Accord 1990s, we were becoming more conscious of regional culture, met our neighbors, who were then much freer to travel into Israel proper from the West Bank and Jordan, paid them return visits and saw that we had surprisingly much in common. For a short instant, though things were greatly imperfect, we became closer to where we are.

Then a new war began, the “War on Terror,” as nicknamed by George W. Bush. Its threatening propaganda further stalled our integration into the landscape. No longer do we see groups such as the “Canaanites,” who sought during the 1950s and 1960s to integrate Jewish and Arab identities into one. The Bushist “us against them” is most of what we hear here, except among marginal proponents of a one state solution.

I’m not advocating the one state solution and certainly not some absurd involvement of Israelis in the outdated pan-Arab movement. This is purely a question of identity. We can continue to be Middle Eastern even in one of two states. We simply will be, because we are. This is the home we chose for ourselves and even in the comfort of our own room we had better remember that we are members of the family.

There are, of course, many others who don’t consider us to be Middle Eastern. Namely, the majority of Middle Easterners. They are led by politicians and imams to believe that we are some sort of space aliens who have no business around here, that our cities are mere hamlets that can easily be reduced to the ground, that our tragedies are tall tales, and that no resolution will ever be possible via cooperation, regardless of our government, since we can never be befriended. They are, in short, just as mistaken as we are.