All facets of refusal may be instrumental in changing the conscription process and refusal to serve in the Israeli military is not always the outcome of opposing the Occupation. It takes courage and demands fortitude and wide support. 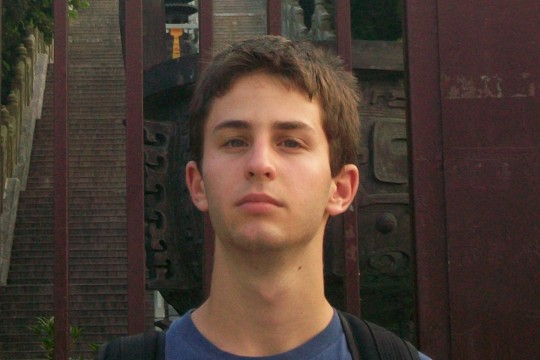 Different people refuse to enlist in Israel’s occupation army for a variety of reasons. Some of them, like Natan Blanc, publicly refuse to serve in the occupation and are willing to go to jail over their decision.

A recent blog post by professor of Environmental Studies at Emory College Uriel Kitron, raised some very important points regarding militarism, refusal, and war culture in Israel and puts forward a good opportunity to look at the wider refusal movement.

Professor Kitron presents his admiration and respect for Natan Blanc, who as of this writing, is serving his seventh incarceration period for refusing to be conscripted. Many people, much like Professor Kitron, consider Natan a modern day hero. He is indeed brave. It is admirable that any 18-year-old Israeli would know so much about human rights, and stand true to his/her convictions and beliefs.

Professor Kitron stresses how Natan is a product of his environment. His family raised him to be a caring person with ideals, and an understanding of human rights. There is a lot to be said for the courage it took to let Natan develop his sense of values, ones that cherishes human life and recognize the Palestinian right to self-determination. This is not a given in Israel.

Without personally knowing the Blancs, I admire the ethics that enabled Natan to question Israel’s policies and to make the decision to refuse military service. I identify with his moral values and the way he was raised. I know it is not easy to develop a critical perspective on Israel’s occupation policies, and that it is even more challenging to encourage your children to do so. It is difficult and energy consuming to continually question and oppose Israel’s brutal policies, especially when indoctrination is ever present.

Refusers like Natan, who openly oppose conscription on those grounds, are far and few between — for good reason. But before we can even begin to examine who chooses to be a refuser and how refusal is manifested, it is important to understand that within Jewish Israeli society, conscription is mandatory by law for Jewish youth, and for young secular men from the Druze community. It is perceived as normal and part of the development of Israeli youth; a rite of passage, meant to instill a sense of national responsibility, service and pride.

Israeli society is brutal and judgmental; loyalty to the state is measured by one’s commitment to military service. It is frightening to step outside the consensus of what is considered acceptable behavior by daring to refuse. A sense of belonging is an essential human need and deciding to go without it requires strength and support. Most refusers don’t want to be isolated from their peer group and if they choose to make a political statement link Natan, they require a close support network.

Among the large number of refusers whom New Profile counsels (an average of 100-110 people a month), most choose not to make a declared political refusal for a variety of reasons. They are not as visible as Natan, but are their refusals less meaningful?

Militarism is strongly embedded in our society: it starts at home and continues with our children’s education. Personally I think there is something very warped in the way Israeli parents are expected to raise their children, nurture them and protect them, teach them to be safe and make rational decisions, and then once they are 18, as if feeding them to the wolves, we send them off to the military no questions asked. What is the price that we and our children pay?

We, as parents, are an integral part of this well-oiled induction system. We are obedient to our leaders and raise generation after generation of fighters for a “war of no choice.” Our compliance is rarely questioned.

Conscription inspires pride amongst parents; military rank brings social status, placing soldiers on a pedestal. This idealization can be compared to hero-worship.

What constitutes a hero? Our children are brought up on the remembrance of exile and the Holocaust, Israel’s fight for independence and our perceived need to be stronger than our enemies. They are taught that soldiers can be national heroes. Those that die in battle are often given exalted status, which gives a measure to death that is considered more worthy. They are raised on the belief embodied in Joseph Trumpeldor’s imputed last words: “It is good to die for your country.”

New Profile examines “what is heroism” and “who is a hero” through a balanced discourse. We are careful not to identify refusers through a hierarchy. Each refuser, both men and women, whether they are pre-conscripts, conscripts, or reservists, are welcomed and admired for the type of refusal they chose and the path they take to achieve their goal.

Some of the viewpoints that we consider are: does civil society necessarily have to reflect the accepted militarized hierarchical ranks and then emulate it with the different ways refusers choose to resist? Is it right to calculate measures of sacrifice, be it jail or being cut off from one’s community? If every hero is judged on his or her merits, should we do the same with refusers?

All facets of refusal may be instrumental in changing the conscription process, or chip away at occupation policies, and we do not advise what path should be chosen. We only map out the different options . If they choose to openly defy the Occupation and go to jail, we give them as much support as we can, rather than holding them up as examples for others.

Refusal to serve in the Israeli military is not always the outcome of opposing the Occupation. Other reasons for refusal may be pacifism, the interconnection between feminism and anti-militarism, religion and national identity. Sometimes young people are unable to define “what feels wrong,” yet they still opt to vote with their feet and don’t conscript.

Any action that challenges Israel’s policies and all choices to refuse to do military service demand fortitude and support. Refusal takes great courage. One refuser is not better than the next; each is significant in his/her own way and each way works effectively in growing an underground movement that successfully manages to shake the pillars of the establishment from time to time.

Ruth Hiller, mother of six, is a longtime peace activist and one of the original founders of New Profile. Four of her children have refused to serve in the Israeli military. You can follow her on Twitter @hillerruth.