As I reported a few days ago, students from the recently-accredited Ariel University in the occupied West Bank are angry they were not invited to attend U.S. President Obama’s speech in Jerusalem this coming Thursday. The U.S. Embassy denies claims Obama is boycotting the students, and stated that it simply invited students from those institutions it has partnerships or programs with. Ariel University students are nonetheless livid, and plan to hold protest what they are calling Obama’s blatant political discrimination.

Ariel University’s Student Union posted a banner on its Facebook page Sunday and requested people make it their Facebook cover page. Here is how it looked originally on Sunday evening: 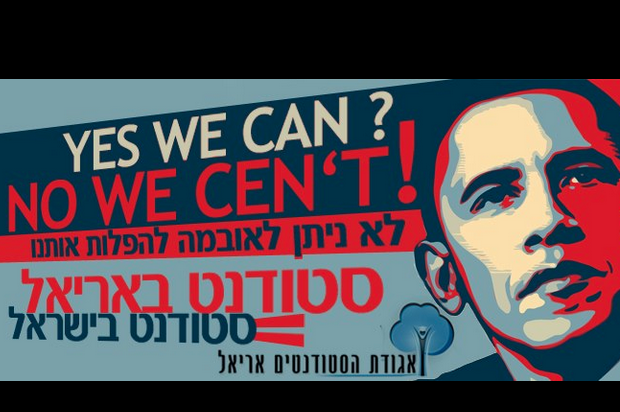 Yes, that’s right. It says “No We Cen’t!” Below that in Hebrew it says, “We will not let Obama discriminate against us: A student in Ariel is a student in Israel.”

After I noticed it on my Facebook feed, I had a hard time believing whoever made it really doesn’t know how to spell such a simple word in English – and figured it must be some joke or word game. But sure enough, a few minutes later, I returned to their page and they had corrected it: 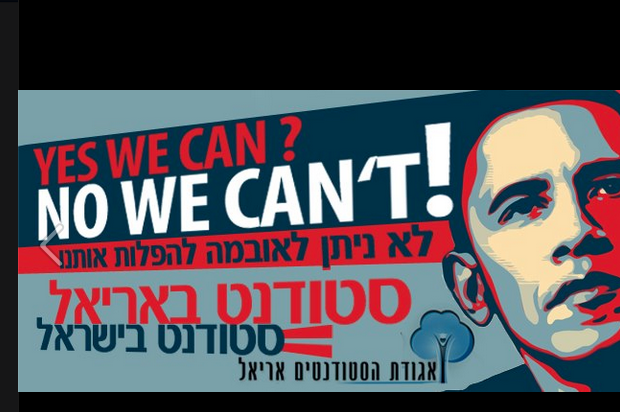 I guess Ariel students should invest a bit more in polishing their English before taking on Obama.

There are already a few memes. Just saying: 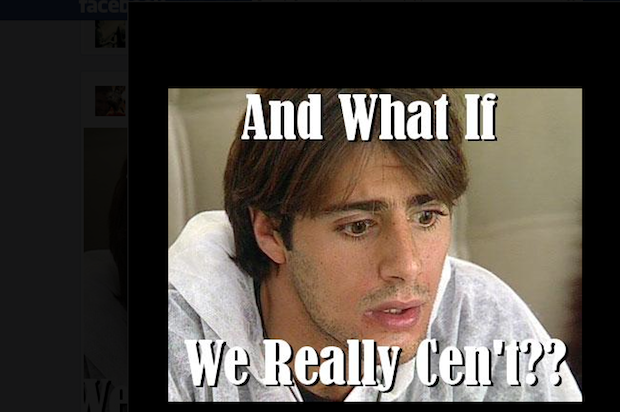 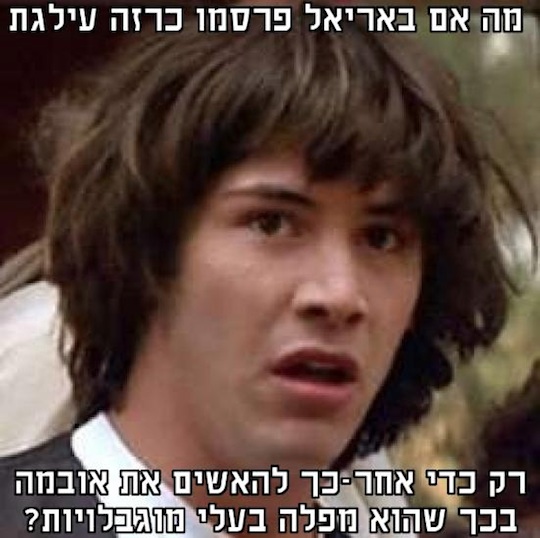 “What if Ariel published a stammering poster, just so that they could then blame Obama for discriminating against those with disabilities?” (Screenshot of meme by John Brown)