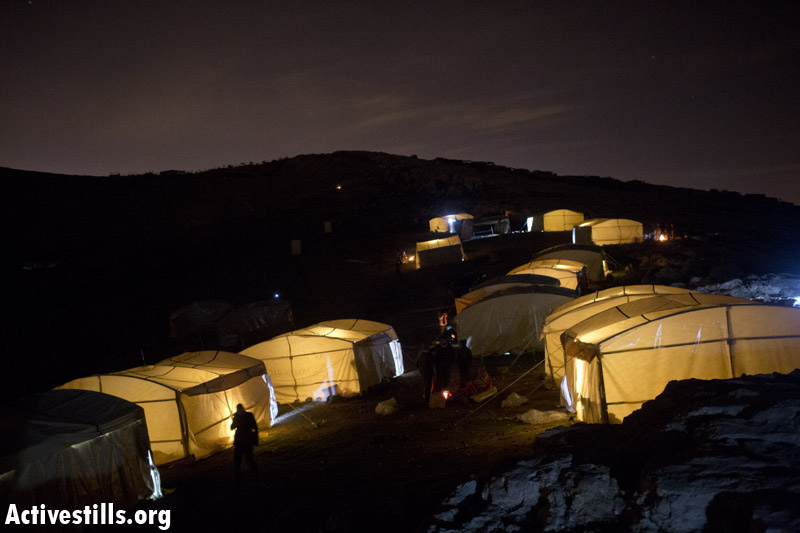 UPDATE, 8:30 a.m.: Mass police and army forces evacuated Bab Al-Shams overnight, following a statement made by the prosecuter general stating that the outpost is an immediate threat to the security of the region. Hundreds of soldiers and police detained the dozens of activists present, who resisted the eviction non-violently, and put them on busses to Qalandiya checkpoint. The tents have remained in Bab Al-Shams, and authorities are waiting on the High Court to rule on whether or not they too can be brought down. The heart of the legal controversy is whether or not Bab Al-Shams was built on private lands (which would make the immediate eviction illegal), or on state lands. According to Haaretz, most of the lands where Bab Al-Shams was built are owned by Palestinians.

Less than two days after the new Palestinian outpost-village, Bab Al-Shams, was set up in the E1 area outside Jerusalem, Prime Minister Benjamin Netanyahu ordered authorities to evict the activists and dismantle the tents.

Following Netanyahu’s order, police forces arrived on the scene and told activists that the High Court injunction actually only protects the tents from dismantling, but does not forbid eviction of their residents. The activists, who were warned to leave before force would be used against them, vowed to stay put, stating that they would resist eviction non-violently. The state is also expected to ask the High Court to reconsider its temporary injunction, on the premise that the land where Bab Al-Shams was erected is privately owned by Palestinians, and that the village is meant to serve as a tourist attraction which teaches visitors about Bedouin culture. The court is likely to look into the case tomorrow.

Furthermore, journalists have been barred from entering Bab Al-Shams by Israeli security forces. Haaretz is planning to appeal the decision to the High Court of Justice.

Bab Al-Shams has been at the center of the news in Israel– an event which is quite out of the ordinary considering the Israeli media’s treatment of Palestinian popular non-violent resistance. Netanyahu’s swift call to action on the matter has also gained much attention, and has been described by critics as racist due to the government’s ongoing support for settlement building. 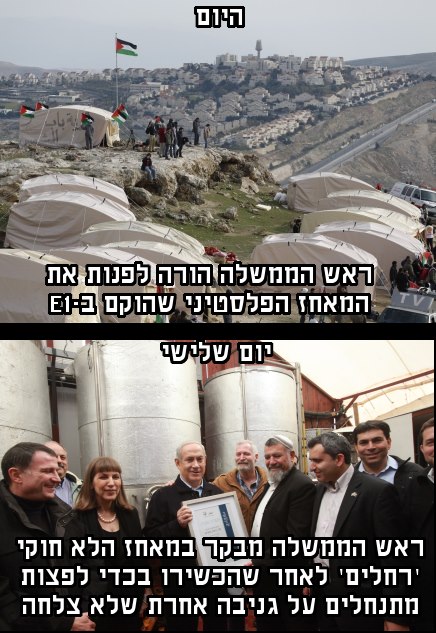 At around 10:00 p.m. security forces were reportedly assembling outside Bab Al-Shams. Activists fear a nightly attack.