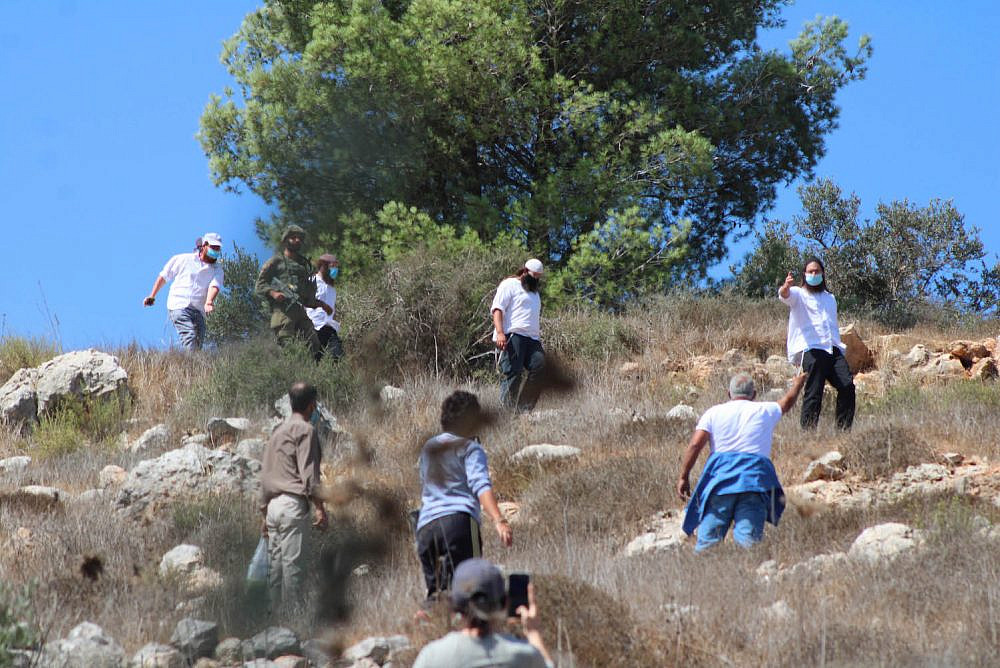 IDF hotlines in the occupied West Bank are blocking incoming calls from Israeli human rights activists trying to get the army to intercede against settler violence, +972 Magazine has learned.

The hotlines, also known as “operation rooms,” are run by the Civil Administration, the arm of the Israeli military that governs the occupied territories, and are intended for Palestinians and Israelis who seek to report attacks by Israeli settlers, property theft, illegal construction, and other incidents. Because the West Bank does not have a strong Israeli police presence, the hotlines effectively serve as an all-purpose emergency number.

Five of the hotlines overseeing the Jordan Valley, however, have blocked the phone numbers of several Israeli activists in recent years, making it impossible for the activists to send texts or place calls to the authorities.

One of the activists is Guy Hirschfeld, who visits the Jordan Valley almost every day to accompany Palestinian shepherds and assist communities that are being pushed out of Area C — the area of the West Bank that is under full Israeli control — by the military. He routinely uses the hotline to inform the army about violations of the law, including violence and harassment, and to request soldiers to intervene.

Hirschfield was first blocked from calling or sending WhatsApp messages six months ago. The block was temporarily lifted when the soldiers manning the hotline reached out to Hirschfield to request footage of incidents he had documented. In late January, however, Hirschfield tried to contact the hotline to report an Israeli settler wildly driving a quad bike across a pasture, recklessly endangering Palestinian shepherds and Israeli activists on the ground. He found his number had been blocked once again. 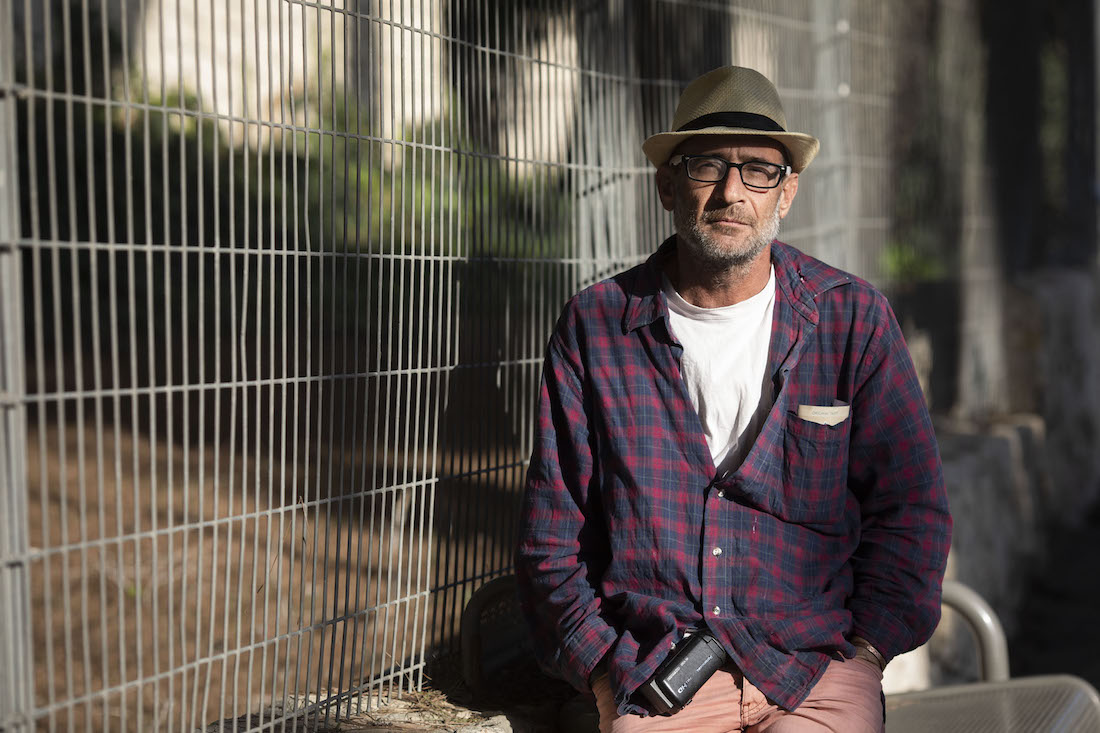 Hirschfield then began to report incidents to the Jenin operations room hotline, which oversees the next nearest section of the Jordan Valley. On Feb. 15, while attempting to report the construction of a new settlement outpost that is illegal under Israeli law, he found that this hotline blocked him, too.

“I got the numbers from officers on the ground years ago,” Hirschfeld told +972. “The army itself tells people to call. I would report events on the ground or relay reports from Palestinians and from activists. I never called without a good reason — all my calls were to report something concrete, never to harass.”

Hirschfeld said he would call the hotline several times a week to report settler attacks, illegal construction, and other activities. “If soldiers would abduct [detain] a shepherd and he’d disappear for a few hours I’d contact the hotline to find out where he was.”

Screenshots shared by Hirschfield with +972 included text messages to the army about an illegal outpost, a request to remove animal carcasses left on the land, reports on groundworks carried out by settler bulldozers, and a request for help in locating stolen sheep.

Three other activists working in the Jordan Valley told +972 their numbers have been blocked by the hotlines over the past months. One activist who asked to be identified only by his first name, Hillel, said he texted the Jordan Valley operations room last Monday, reporting that “terrorist settlers came down to Auja to harass innocent quiet shepherds. Please take care of this.” His next text was blocked. 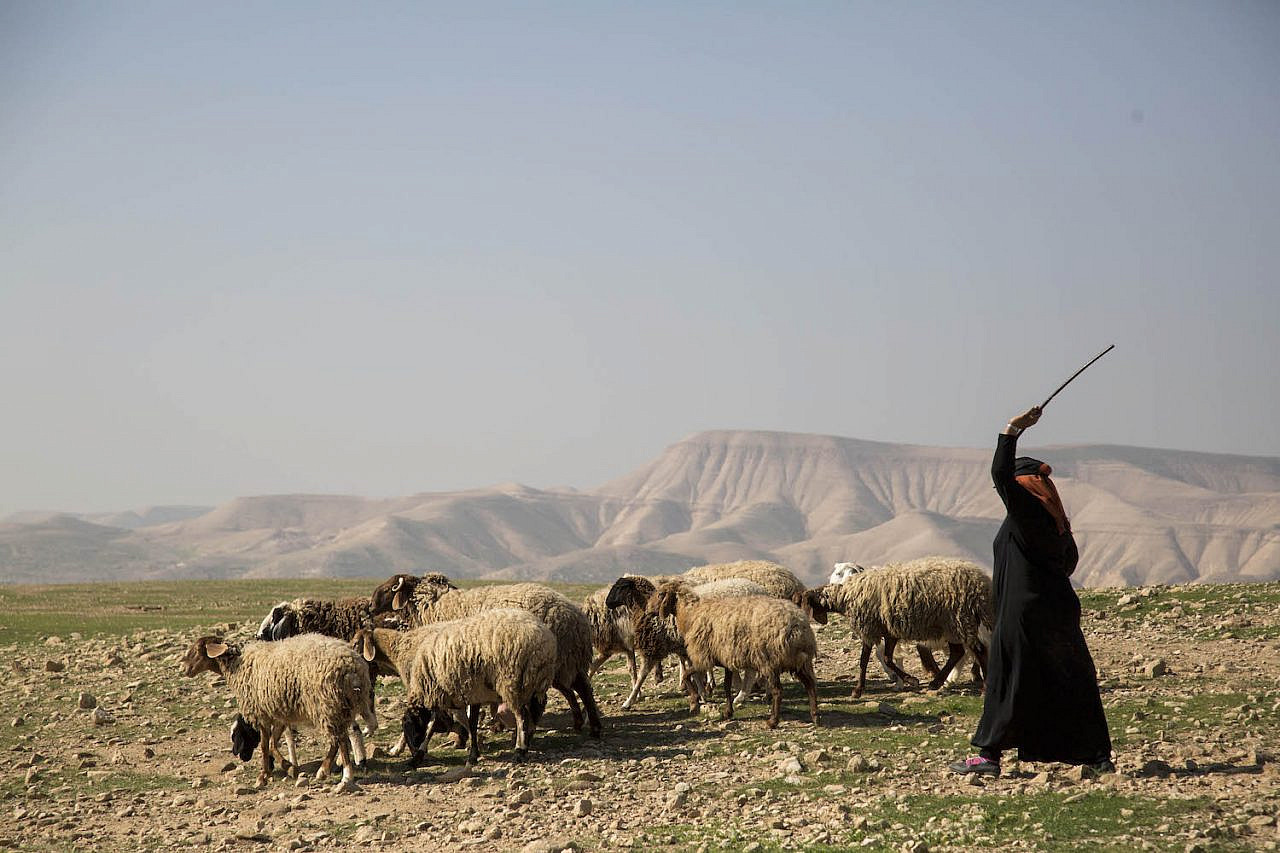 A Palestinian shepherd seen with her flock in the Jordan Valley, February 6, 2020. (Keren Manor/Activestills.org)

Another activist, Oded Papurish, said he last managed to text the hotline on Feb. 19, alerting the army that “an Israeli herd has entered Palestinian agricultural land next to the Kfir Brigade base,” referring to the largest infantry battalion in the military. He was asked by return text who he was, and responded with his full name. By this past Monday, when he attempted to alert the hotline to report settlers harassing shepherds near Auja, his number had been blocked. A third activist, Hagar Geffen, said that all calls she tried placing to the hotlines in the past three weeks were rejected.

Reut Shaer, a lawyer assisting the activists on behalf of the Association for Civil Rights in Israel (ACRI), said the call blockages may be illegal. “The operation room is the only avenue people have to contact the army when military intervention is required, because the police are ineffective in these situations and unable to do anything to defuse volatile situations. Considering there are no other channels to report an emergency, these blockages amount to a violation of a number of basic duties toward the residents.”

“Once the hotline blocks activists, it effectively says it doesn’t want to listen and doesn’t want to know,” Shaer added. “The incidents the activists are trying to report are ones the hotlines have direct responsibility for, and they appear to be sticking their heads in the sand, preventing this sort of information from ever reaching them in the first place. This is especially grave at this point in time, when we’re seeing an escalation in attacks against Palestinians and activists.”

Hirschfeld agreed. “I wasn’t always polite and I occasionally made harsh remarks but there weren’t any issues, they always received my texts. Sometimes they’d take action and sometimes they wouldn’t. But now they can just say ‘we didn’t know, we weren’t informed, so we didn’t do anything.’” Hirschfeld said he sent a formal letter last month to Maj. Gen. Yehuda Fuchs, the head of the IDF Central Command, asking for his phone to be unblocked and for an explicit order to be issued prohibiting future blockages.

When reached for comment, the IDF Spokesperson’s Unit advised +972 to contact the Civil Administration directly. The Administration has not yet offered a comment at the time of publication.