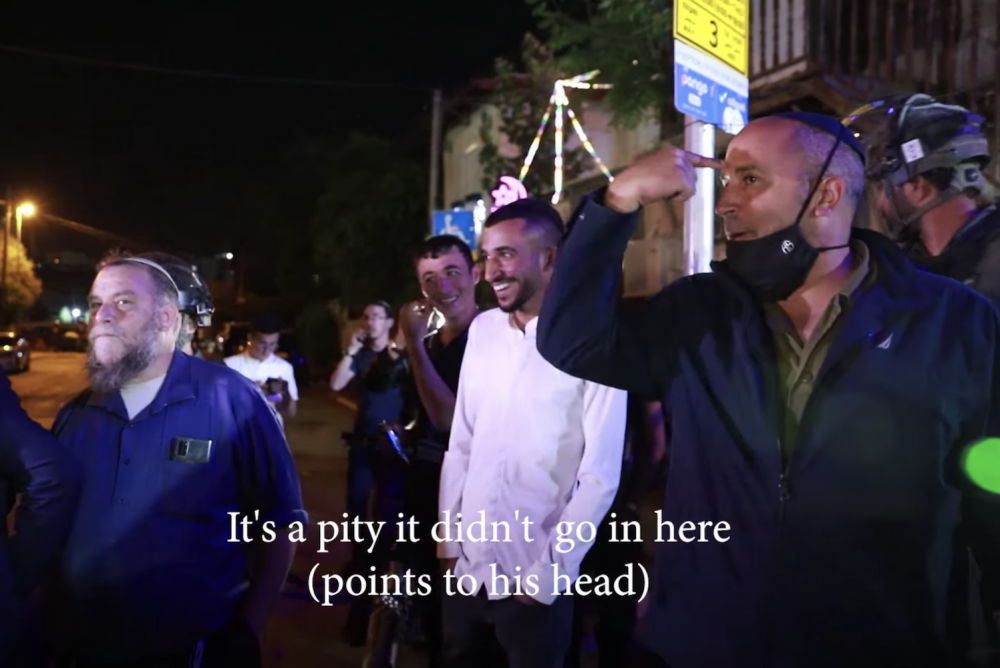 Anyone who has walked around the Palestinian neighborhoods of East Jerusalem since the beginning of Ramadan last month will admire the large billboards put up by the municipality, which greets its Muslim residents with a hearty “Ramadan Kareem.”

Since taking office, Mayor Moshe Leon has been making a special effort to allay the concerns of Palestinians in East Jerusalem. Recently, with growing levels of police violence against Palestinians in the city, Leon launched a publicized campaign designed to “bring calm to the area,” including musical and street performances, Capoeira shows, movie screenings, community evenings, and even the distribution of dates and water for those breaking the Ramadan fast.

By doing so, the Jerusalem Municipality seeks to preserve the facade of the “good cop” in the East Jerusalem — while its bulldozers continue to demolish Palestinian homes there — while leaving the role of “bad cop” to settlers and the police, who regularly fan the flames and wage war against the Palestinian residents. And yet, the municipality’s cultural activities for Palestinians must not blind us to the fact that it is deeply invested and plays an active role in the project of oppressing and dispossessing Jerusalem’s Palestinians.

A video filmed by +972 photojournalist Oren Ziv on Thursday night shows just how deep this involvement goes. Shortly after settlers began harassing and attacking Palestinians who were breaking their Ramadan fast during a protest vigil in Sheikh Jarrah — a neighborhood where dozens of Palestinians are facing imminent eviction and replacement by settlers — Jerusalem Deputy Mayor Aryeh King arrived on the scene. Once there, he began mocking Mohammed Abu Hummus, a prominent Palestinian activist from East Jerusalem’s Issawiya neighborhood who was demonstrating in solidarity with the Palestinians of Sheikh Jarrah.

Standing alongside Kahanist MK Itamar Ben-Gvir and Jewish supremacist activist Benzi Gopstein, King yelled at Abu Hummus that “it’s a pity [the bullet] didn’t go in here,” while pointing to his own forehead, referring to the fact that Abu Hummus had previously been shot in the lower back. The settlers around him seem to be having a good time watching their political benefactor publicly ridicule a Palestinian man who uses crutches to get around.

I sent the video to the municipality spokesperson, asking for their response to King’s remarks. I was told to contact King himself. When I asked if the municipality did not take a position on such statements by the deputy mayor, the response was that this was “[King’s] own personal matter.”

When the deputy mayor of Jerusalem jokes around with Kahanists that it is a pity that one of the city’s residents did not take a bullet to the head, it is not his “personal” affair. This is a public matter for which the municipality must be held accountable, and which is far more important for preventing the escalation of tensions than candy stalls and Capoeira shows.