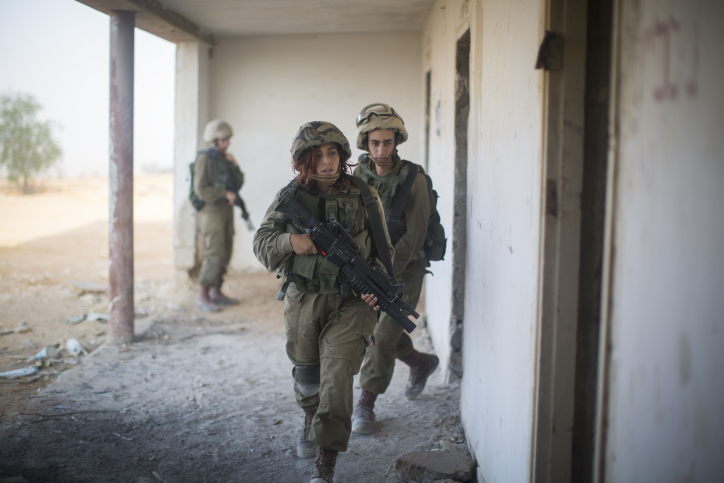 Soldiers of the Bardales Battalion train in urban warfare, near Nitzanim in the Arava area of Southern Israel, on July 13, 2016. (Hadas Parush/Flash90)

Women who break the silence simultaneously struggle on two fronts of the same battle: the racism that drives the occupation, like the sexism that drives patriarchy, necessitate s a power imbalance that must be maintained and remain unchallenged. After all, it is forbidden to speak about the occupation, and everyone knows women are featherbrained, so they, too, are not worth listening to.

As opposed to men who break the silence about their misdeeds as soldiers in the occupied territories, women are not only forced to deal with occupation denial, but also with chauvinists who claim that we “don’t see the big picture,” since we have not necessarily served in combat units.

I began dealing with this exclusion and discrimination from a young age. At the age of 15, I dreamed of being a combat soldier. Caracal, Oketz, Border Police, it didn’t really matter, as long as I could carry an M-16 and wear army boots. Growing up in Israel’s national-religious community, where women traditionally do not serve in the military, I felt I needed to go through a rite of passage to fully become part of Israeli society, which offers young women one way to become first among equals — military service.

By 18, I already knew that there was a moral problem with the occupation, but I believed that it was important that I be there, serving in the occupied territories, to be the change from within.

When I was 20, I was a soldier in the Nablus region. I didn’t get to wear tall boots and I wasn’t required to carry a weapon, but at this point I no longer wanted to. I was an operations sergeant in the Civil Administration, the military unit that manages the backstage of the occupation. In that violent and grinding routine, I wanted mostly to protect myself and become one of “the gang.”

The best way to have integrated into that militaristic and patriarchal culture was, it seemed, to fulfill the role of the “sexy soldier” who pins her uniform tightly around her waist and thighs and flirts with the soldiers and officers. That appeared to be the trick to becoming likable and getting your way. But I chose a different track, one in which I got rid of those traits in order to be part of the gang. I smoked more cigarettes, used more foul language, and became more aggressive. I even invested more in my Arabic language skills to prove that not only men know how to say sentences such as “you don’t have an entry permit” in Arabic to Palestinians.

But at the end of the day, cigarettes and swear words were not the real admission test. The true demand is to remain silent in the face of abuse of Palestinians. When Border Police officers had beaten Palestinians detainees in the middle of Tapuach junction in the northern West Bank, my commander told the soldiers stationed there: “No problem, beat them up – but do it behind some wall.” In a place where violence is routine, I was not prepared to risk my position and “rat out” my senior commander. 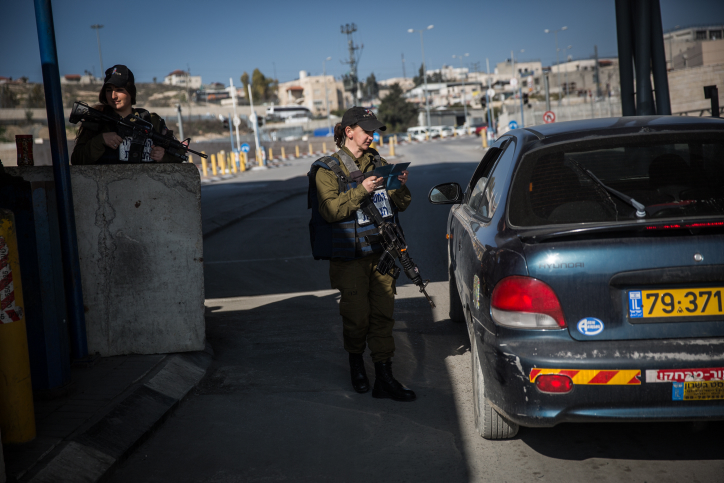 When I began breaking the silence publicly, I was again met with the same chauvinism I had tried to evade by enlisting, and which would continue to haunt me throughout my army service. When I told people about my experiences and that of other soldiers who broke the silence, I nearly always encountered was a man who ascribed both my personal experience as well as my criticism of the occupation to a collection of useless emotions. After all, I was not a combatant or even an officer. The dozens of operations and the hundreds of incidents I witnessed as an operations sergeant did not persuade those men that I, too, have the right to be part of the conversation.

That boys club, which attempts to exclude me as a woman from political discourse, is the same boys club that thinks it knows “what is good for the Palestinians” for the past 50 years. So it is really no wonder that they think they know what’s good for us women.

No, our society does not need any more female major generals. Our society needs to listen to voices that insist on talking about that which is being silenced — and about what needs to be changed.

This coming Monday, I will partake in an event in Tel Aviv’s Cinemateque, which will include a film about six women who served in the occupied territories and decided to break their silence. I invite you to come, see, and hear about the occupation, the women who are part of it, and of our responsibility to end it.