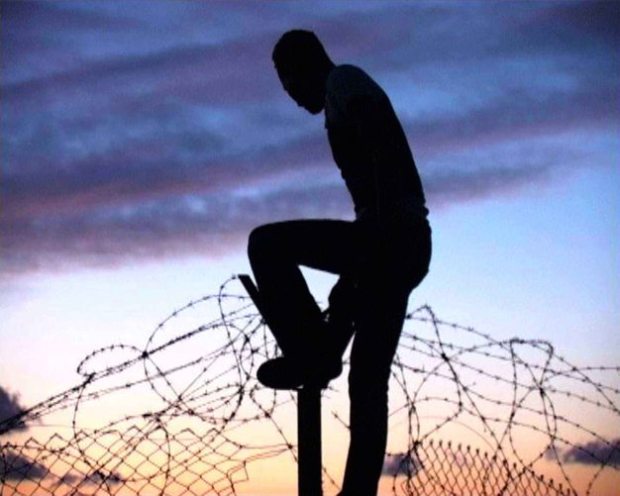 Image from Budrus, a new documentary on the joint struggle of Palestinians and Israelis against the land confiscation (image: justvision)

Budrus, a documentary about the unarmed struggle of a Palestinian village against the confiscation of its land for the construction of Israel’s security barrier, is opening today in cinemas in the US and in Israel.

I watched Budrus twice, a few months ago in Israel and last night in NY, in a special screening attended by Queen Noor of Jordan. I found the film as inspiring and compelling as it was on the first time I saw it.

In 2003-2004, Budrus played a key role in what became, in my opinion, the most important grassroots effort of the decade: the emergence of a widespread unarmed campaign against the occupation, involving Palestinians, Israelis and international activists.

What started as local protests in a handful of Palestinian villages, became a new strategy for challenging the entire mechanism and political rational of the Israeli control over the West Bank. One might say that the unarmed struggle is bringing this conflict back to its basics: not a diplomatic issue, but rather a human rights one; not a question of peace and war, but one relating to the denial of personal or political rights for decades from million of people.

Budrus, the film, does not claim to present a history of the Palestinian unarmed struggle, nor of Israeli involvement in anti-occupation activities. But it tells a story, or a certain reading of a story, which demonstrates the unique power the joint unarmed struggle in the current political context. In a political world dominated by talks of “war on terror”, and with a Palestinian society fragmented and torn apart, the unarmed struggle can provide a platform that will bring different groups together and at the same time, won’t alienate the international community.

As director Julia Bacha, said after the screening, when she and producers Ronit Avni and Rula Salameh started working on the film, nobody knew the name Budrus, and very few people outside Israel and the Palestinian territories even heard of the unarmed struggle. I won’t claim that Bil’in is a household name by now – just the fact that Budrus is only 20 minutes ride from Tel Aviv came as a shock to the audience at yesterday’s screening – where exactly do people think the West bank is? – and yet, more and more people realize these days that Middle East politics don’t start or ends in the Oval Office, nor does it happen only during George Mitchel’s fruitless trips between Jerusalem and Ramallah.

Ayed Morrar, the organizer of the popular struggle in Budrus and the leading character of the film, was supposed to attend the special screening yesterday in New York. But from what I hear, Morrar was denied entry to Jerusalem by Israel, so he couldn’t apply for a US Visa.

Beside the obvious lesson here for all those thinking that “Palestinians are running their own life”, this, for me, should be another reason for people to go and see Budrus, so at least they can meet another side of this person, labeled by Israel as too dangerous to travel.

Budrus opened today in London and Tel Aviv. It opens Friday, October 8th, in New York and Boston. Details of shows in other cities and countries here.

The events described in Budrus happened seven years ago, but dozens of unarmed Palestinian-Israeli demonstrations happen every day in the Palestinian territories and in East Jerusalem. I report on them occasionally, but for a more detailed, on going, coverage check out reports and images and clips posted by my fellow +972 blogger Joseph Dana.