Thousands of Eritrean asylum seekers demonstrate in front of the European Union Embassy in support of a UN Commission of Inquiry to examine human rights abuses by the Eritrean dictatorship.

The protesters marched from Levinsky Park in south Tel Aviv toward the Tel Aviv Stock Exchange in Ramat Gan, where the EU building is located. The organizers brought 22 buses full of asylum seekers from Holot detention center, where thousands of Eritrean asylum seekers are currently detained by Israel. Sudanese asylum seekers and Israeli activists also attended the demonstration to show their solidarity.

The protests were organized following the publishing of the second half of the UNHRC’s report on June 8, which was presented on Tuesday to the council in Geneva.

The demonstrators chanted slogans in both English and Tigrinya against the Eritrean regime, specifically against President Isaias Afwerki, such as: “Isaias must go” and “Isaias to the ICC.”

Bluts Iyassu, who has been living in Israel for six years and was sent to Holot 10 months ago, and who came to the demonstration to show support explained: “The UN committee established that the Eritrean authorities are committing crimes against humanity. The asylum seekers from Holot are joining the rest of the Eritrean community with the goal of demanding justice for our country.”

Iyassu expects the UN to act to bring Afwerki to the International Criminal Court in the Hague, and that they take seriously the situation of Eritrean asylum seekers across the world. He expressed a similar expectation from both the Israeli government and society: “We ask the State of Israel to do everything it can to help us turn our country into a place worth living in, based on justice and respect for human rights. We hope they examine our asylum claims instead of calling us “infiltrators” and “migrant workers.”

“There is no pride in being refugees,” he added, “we are all longing to return to our home.”

The two-part UN report accuses the Eritrean government, President Afwerki, and other high-level officials in the ruling People’s Front for Democracy and Justice (PFDJ) of violation of human rights and crimes against humanity, including torture, rape, and murder of a civilian population.

Both sides of the aisle

Over the past several weeks Eritreans from across Europe have been traveling to Geneva, where a fierce ideological battle is taking place between the political camps in the Eritrean diaspora, including in Israel. On the one hand are opponents of Afwerki’s dictatorial regime who are set to demonstrate in support of the Commission of Inquiry on Thursday. On the other hand are regime supporters who will march in Geneva on Thursday against what they see as a “sickening report” that does not reflect the reality in the country and was written by people who have never stepped foot in Eritrea. 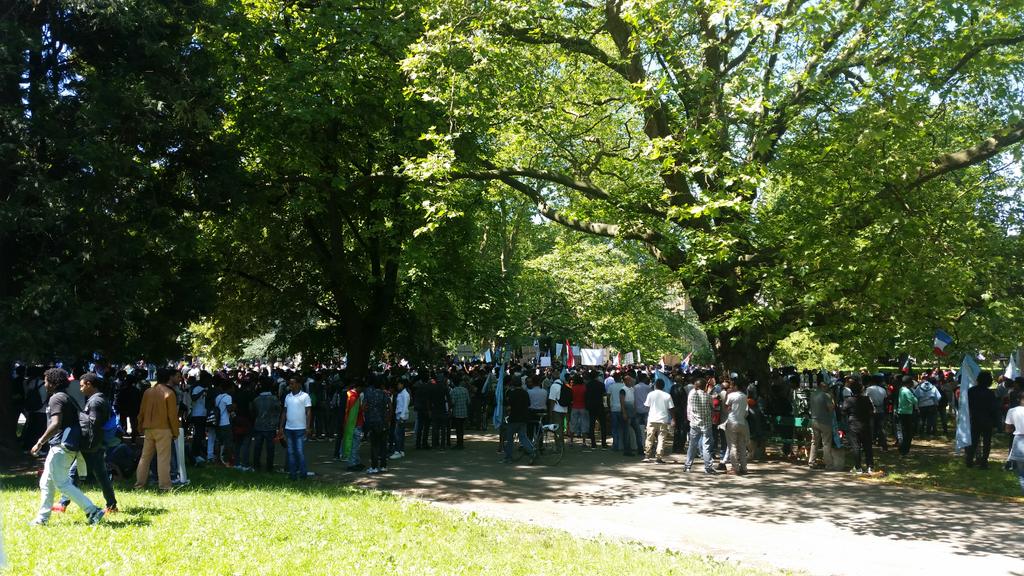 Iyassu believes that despite what propaganda websites hope to show to regime loyalists around the world, the rally in support of Afwerki will not be a large one. Aside from several members of the ruling party, the demo will likely be attended by older refugees and immigrants who have been living in Europe for 40 years, and who have no idea what has been taking place in Eritrea over the past few decades since the country gained its independence in 1991.

“We also love our country,” says Iyassu, “but the dictatorship that runs it is killing people.”

Inbal Ben Yehuda is a graduate student of African Studies. She blogs for African, Local Call, and the Forum for Regional Thinking. This article was first published in Hebrew on Local Call. Read it here.