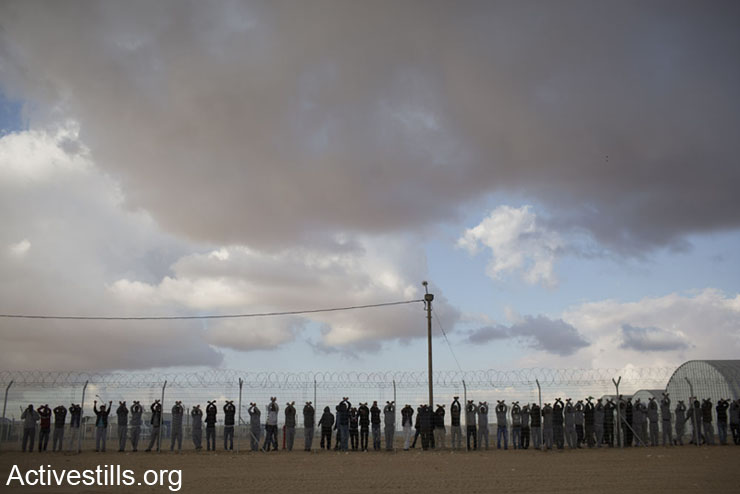 Before disbanding itself ahead of elections, the Knesset on Monday passed its third try at a law that would keep open Israel’s detention center for African asylum seekers. The High Court of Justice struck down two previous versions of the law as unconstitutional and ordered the Holot open prison closed nearly three months ago.

The law’s fate fell into the hands of recently fired Finance Minister Yair Lapid and his ‘Yesh Atid’ party, who despite no longer being bound by coalition agreements, voted to support the law.

While the new law eases some of the more draconian measures its predecessors embodied, it nevertheless translates into the imprisonment of thousands of asylum seekers who have not been convicted, let alone accused of any crime.

In addition, the new law includes a clause under which the state will confiscate 20 percent of asylum seekers’ salaries, which will be released to them only if and when they leave Israel. The clause, like most of the law, is intended to encourage African asylum seekers to return to the countries from which they fled.

A consortium of Israeli human rights organizations that challenged the two previous versions of the law pledged on Monday night to fight the latest iteration as well, describing the current policy as “incitement and populism.”

“Today, the Knesset approved continuing to debase the High Court, to mislead the residents of southern Tel Aviv and to waste taxpayers’ money on wrong solutions. Incarceration for almost two years in the Holot facility and placing restrictions on employers of asylum-seekers will ensure that the rights of asylum-seekers will continue to be violated, and that the hardships of south Tel Aviv’s residents will only be exacerbated,” the organizations wrote in a statement.

Election season is on 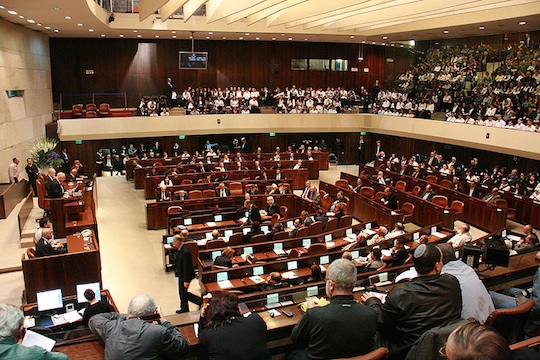 Shortly after passing the law, the Knesset unanimously voted to disperse itself, which was the last technical hurdle before general elections could be called.

A new poll on Monday suggested that if Tzipi Livni ran on a joint list with the left-leaning Labor party, they could win more seats than the Likud. Previous polls projected Prime Minister Benjamin Netanyahu’s Likud and settler party Jewish Home as the biggest potential winners of new elections.

Polls this early are not very reliable in predicting actual results in the elections, which are still more than three months away. That is especially true considering that party primaries have yet to take place, which means that most parties don’t even have a list of the candidates they are fielding. What has become clear, however, is that Netanyahu is vulnerable and a fourth premiership is not a done deal.

Also on Monday, the Arab parties in the Knesset reached an agreement in principle to run on a joint list, Balad MK Basel Ghattas said. “All those who didn’t want Haneen Zoabi in the Knesset will get us on a list that polls puts us at 14-15 [seats], and it will likely be the fourth-largest list in the Knesset,” he said according to Globes.

At the initiative of Foreign Minister Avigdor Liberman, the Knesset raised the election threshold earlier this year in an attempt to force out smaller parties, primarily MK Zoabi’s Balad. The consolidation of the parties onto one joint list is a direct response to the new threshold.

On Tuesday morning, the High Court of Justice will hear an appeal filed by MK Zoabi against her six-month suspension from Knesset debates. The punishment is the harshest ever handed down by the Knesset Ethics Committee. The suspension came in response to a radio interview in which after condemning the kidnapping of three Israeli teenagers, Zoabi objected to the use of the word “terrorist.”