Palestinians, Israelis and internationals gathered in a Tel Aviv museum last week for a two-day conference dedicated to the Palestinian right of return. Tom Pessah on some of the conference highlights. 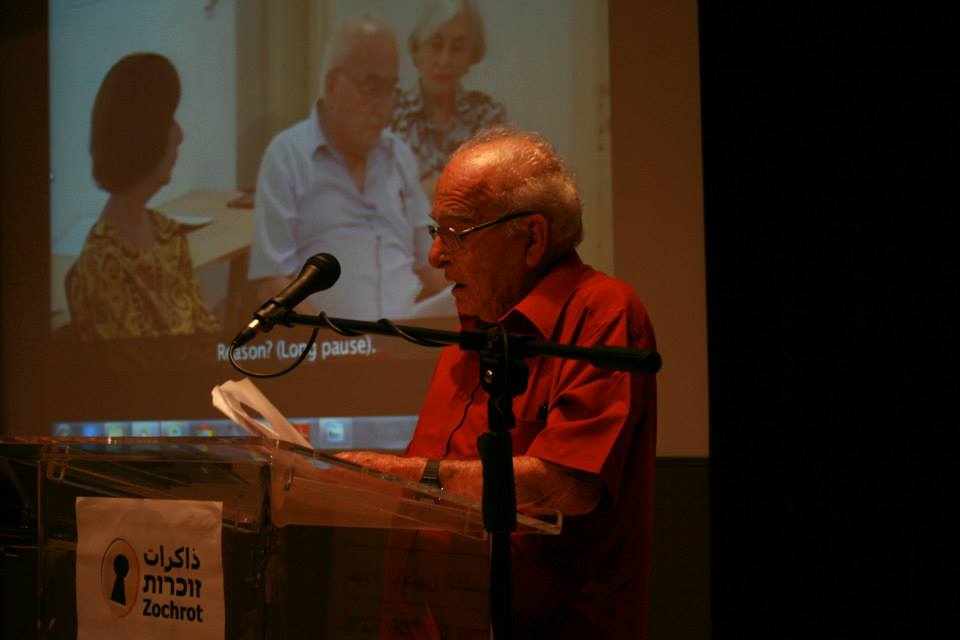 I don’t normally cry during academic conferences, although perhaps “academic conference” would be the wrong way to characterize Zochrot’s conference on the issue of the Nakba and the Palestinian right of return. This year’s conference, titled “From Truth to Redress,” was held in Tel Aviv’s Eretz Israel Museum (on the grounds of the former Palestinian village Al-Sheikh Muwannis) and featured two days of presentations by Palestinians, Israelis and others on turning return into reality.

The position of the right of return in Jewish-Israeli discourse is odd; it is always mentioned, but no one ever really talks about it. It is the one thing we obviously should all be against, we say to ourselves. It is the most predictable issue, we repeat, one that will go away after a peace agreement. Even thinking about it is unrealistic. So we don’t.

Which is what made Shadi Habib Allah’s presentation so stunning. It began simply enough: Habib Allah, an architect and refugee himself, assembled a proposal for a new Palestinian village within Israel. He talked to the potential residents, found out their preferences, studied the location, and used his professional skills to come up with a detailed plan for a community that will combine historical relevance and modern services. The twist, though, is that this isn’t an entirely new village. According to Habib Allah’s presentation, al-Lajjun, one of several hundred Palestinian villages destroyed in 1948, would be re-established on its original site (which is currently a park). The village would be populated by its original residents and their descendants, and would look something like this:

What caught my eye was the Arabic-English-Hebrew signs welcoming visitors to the future village, as well as the meticulous planning which takes into account the presence of nearby kibbutzim and the future economic relations with them. In a previous Zochrot event, one of the speakers said that the discourse on return is often trapped between Jewish-Israeli fears and unrealistic Palestinian nostalgia, which seeks to recreate the world before 1948 without changing a thing. But the new al-Lajjun isn’t a time capsule nor an exhibit from a museum – it’s a plan for a concrete, living 21st century community that will fulfill the needs and desires of those who hail from there.

At another panel, Zochrot member Ami Asher spoke of return as something Jews like himself could actually want. Jewish Israelis are not suffering from the outcome of the Nakba in the same sense that Palestinians are, he says, and any comparison would be absurd. Yet, the situation these Israelis are born into, of having to take up arms to maintain the continued expulsion of Palestinians, is unenviable. It isn’t something Asher would wish upon his children and grandchildren.

But nothing about this situation is inevitable. Attorney Noa Levy presented the legal models that Zochrot has designed, together with the Palestinian organization Badil. According to Levy, only about 1,000 houses of the original occupants are still standing, in cities like Jerusalem and Haifa. Otherwise, return would mean construction of new housing comparable to that which took place during the immigration of Jews from the ex-Soviet Union in the early 1990s. These are only suggestions, aimed at showing that compromise is possible, even on this issue which remains taboo within Israeli society. Levy went further and, together with Palestinian partners, began sketching out legal arrangements to diffuse the thorniest issue – Jews who occupy these former Palestinian houses, in ways that would recognize both sides’ rights and push them to compromise.

I only spent a few hours at the conference, and it is still too hard to summarize it all. Being surrounded by a community that was willing to finally break the taboo of return together, intelligently and warmly, brought tears to my eyes. Perhaps I should just mention the Palestinian who quoted Arik Einstein’s classic “You and I Will Change the World” (“Ani Ve-Ata Neshane et ha-Olam”). This world where Israelis are sent to protect our borders – to kill Palestinians who want to live where their families resided for centuries. “You and I, then the others will come,” goes the song. “They’ve said it before me, but that doesn’t matter. You and I will change the world.”

Read more:
For Palestinians, the Nakba is not history
Why the inconvenient truths of the Nakba must be recognized
The Palestinian Nakba: Are Israelis starting to get it?