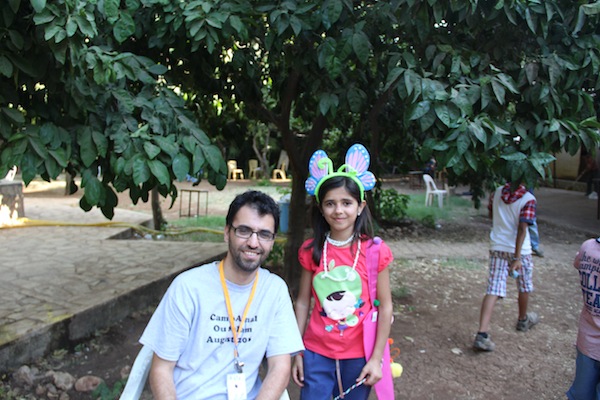 SYRIA-TURKEY BORDER – Last week, my colleagues and I started a summer camp for hundreds of Syrian child refugees on the Syrian-Turkish border. While pundits and self-proclaimed “experts” are debating what to do in Syria, or whether the US should strike or not, we decided to act rather than talk. After all, over a 100,000 people have been killed and millions have been left displaced. Whether the US bombs Assad or not is not in my control, but being active to help those in need is.

For the past few weeks we started fundraising for educational camps for Syrian children, which make up nearly almost half of all Syrian refugees. Some of those we met do not attend school, either because they don’t have books or have yet to gain refugee status, while others are extremely poor and devastated. Most of the children I talked to have lost a family member in the ongoing conflict.

These children do not talk like children anymore. They have lost one of the most valuable things children have: innocence. They talk about loss of homes, family members and dangerous situations as if it were a normal thing. Perhaps the most worrying thing is the uncertainty of what could become of this generation without serious intervention.

Two sisters I spoke to, Amneh (11) and Arwa (8), told me about their life. Amneh told me about her fear of the sound of airplanes, even while in Turkey. Her younger sister quickly interrupted and said, “I am not afraid.” Amneh told me that her younger sister would comfort her and hold her hand when during air strikes. When I asked Arwa, why wasn’t she afraid, she responded “What is the worse thing that can happen? I die? It is better than this life even without knowing whether I will go to heaven or hell.”

Amneh also told me about how she was shot at while bicycling around her home. She is traumatized and is unlikely to receive help. Most help is focused on humanitarian aid, which is still way below the actual need. Very few people focus on addressing the effects that the ongoing killing have on these children.

Finally, both girls told me that they miss Syria and they want to go back home. Amneh added that she feels guilty having fun at our summer camp, knowing that many other kids are suffering in Syria and refugee camps.

These are the stories that we need to remember when we argue about Syria. These are the people paying the heavy price. When we pass by a news item about Syria, we must remember the millions of children that could become another lost generation without our willingness to engage and help. I am not talking about political views and arguments – I am talking about find the compassion in our hearts and searching for ways to help. I found what I could do, and I will be back to Turkey, Jordan, and Syria.

Opening our hearts and finding compassion must come before any discussion on military intervention.