Alice Walker, author of the award-winning novel ‘The Color Purple,’ has reportedly refused translation rights of her book to an Israeli publisher, citing Israel as an ‘apartheid state’ with policies worse than the treatment of blacks in the southern United States and South Africa.

The Palestinian Campaign for the Academic and Cultural Boycott of Israel posted on its website a letter said to be from Walker, in which she notes:

I would so like knowing my books are read by the people of your country, especially by the young, and by the brave Israeli activists (Jewish and Palestinian) for justice and peace I have had the joy of working beside. I am hopeful that one day, maybe soon, this may happen. But now is not the time.

Activism is a vital form of expression in a free society. It is a crucial form of checks-and-balances which keeps governments and institutions-of-power in-check. And on a personal note, I think it is important that individuals fight for a cause that is greater than their own.

That said, I have long opposed the BDS (Boycott, Divestment and Sanction) Movement against Israel and actions like the ones supported by Walker. While I think it is commendable that those behind it – well, some of those behind it – truly believe such acts will help remedy the plight of the Palestinians, I think such moves are misguided and short-sighted at best, and worse yet, hypocritical.

The Palestinian economy is dependent on the Israeli one, and thus a boycott of the latter will likely be detrimental on the former. Moreover, those calling for such one-sided action do so using electronic devices that were likely developed in Israel thanks to a culture here that encourages and promotes technological innovation. It is highly plausible that every computer, every iPad, every instant message and every web-post these activists – and even Walker herself – use to promote a boycott of Israel, ironically, is only possible thanks to some sort of Israeli contribution. 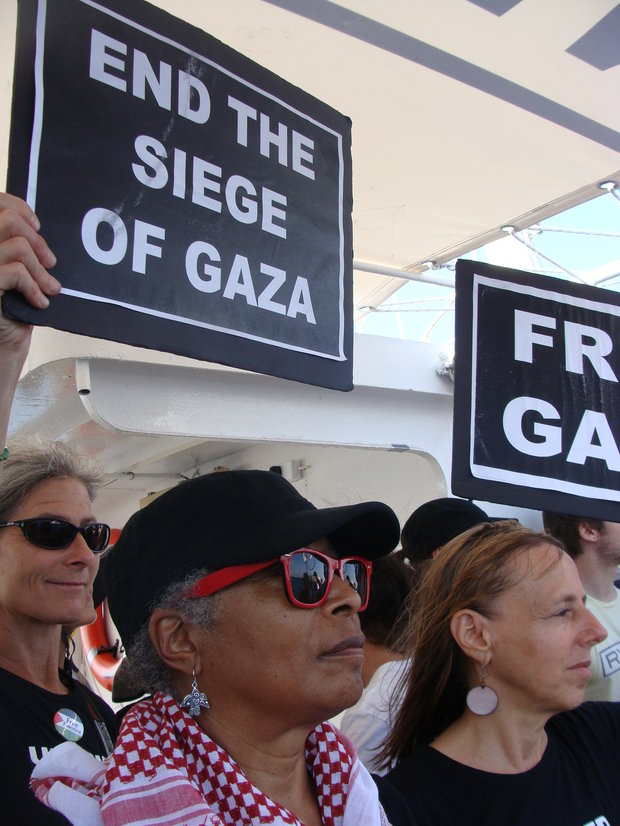 And then comes the boycott of information. Or in this latest case, literature. Surely knowledge is power, and surely there should be some room for separation between various entities. Mixing culture with politics risks doing more damage to this fight for literary freedom.

In her letter, Walker notes her decision, in the past, to wait until after the end of South Africa’s apartheid to share the film with the likes of Winnie and Nelson Mandela. The film was directed in 1985 by Steven Spielberg, a well-known supporter of Israel and contributor to projects in this country. His cooperation with Walker is what helped her make millions of dollars, and indeed made her story all the more accessible to millions around the world. But the bigger irony is that, for now, she is choosing to deny the Israeli public a book, in Hebrew, about the government-sanctioned legal exploitation of a subjugated, oppressed minority (in the United States). Surely, at a time like this, even Walker should realize the urgency in providing a book like that to Hebrew-reading Israelis.

If it is any consolation, most Israelis who want will likely just download a pirated version of the book or film, thanks again to technology developed here.

Update at 3:36pm — The title of this post was changed from “…boycotts Hebrew translation” to “…boycotts Israeli publisher’s translation” to reflect the difference between the two. Indeed, Walker’s letter to the publisher never mentions the Hebrew language, and the State of Israel and its private companies do not have a monopoly over the language. As pointed out by Ali Abunimah, Walker effectively copies the model of fellow author Noami Klein, who distinguishes between boycotting Israeli companies and boycotting Israelis.