As the Jewish majority increasingly prioritizes Israel’s Jewishness over its democracy, autonomy is necessary for achieving full equality in both individual and collective rights. 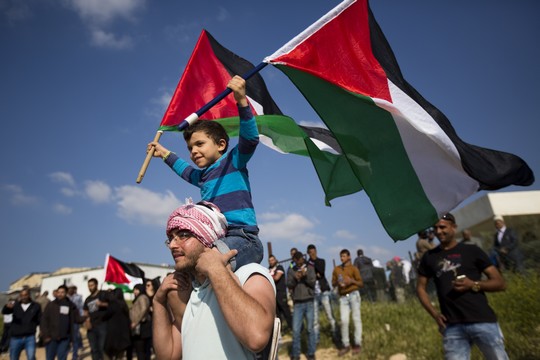 Autonomy for Palestinians in Israel was first introduced more than 25 years ago as a fair, democratic compromise, a golden mean, between two conflicting impulses, neither of which can be fully satisfied: integration on the one hand, and independence on the other. The former emphasizes the individual, the citizen with full equality of rights (civil and political). The latter emphasizes collective identity and with it collective rights, including autonomy.

There are some who might say that the time for the idea of autonomy for Palestinian citizens in Israel has come and gone. On the contrary, it is especially important these days as those in power in Israel put more and more emphasis on the Jewish character of the state, and are advancing discriminatory and exclusionary legislation and policies. At the same time, although perhaps not at the same pace or intensity, representatives of the national-cultural minority are emphasizing their distinct collective identity. The result of these processes is not exactly conducive to integration — at least from the perspective of those in power.

So as to avoid misunderstanding, the idea of autonomy was first introduced a generation ago, and is being proposed here again, based on the following points of departure:

The Palestinian challenge in the face of increasing persecution

Firstly, the final and declared goal is to achieve full and equal democratic citizenship rights: full equality between individuals and full equality between the two national-cultural groups. In other words, the idea of autonomy is the realization of the principle of full and equal rights within the framework of the a democratic state. Therefore, it is not an expression of an irredentist tendency. Achieving full equality of rights requires taking two complementary yet parallel paths in order to reach the same end-point. On the one hand, collective rights complement individual rights, and on the other hand compensate for their deficits. Anyone who believes that full equality can be achieved by pursuing the one path without the other is mistaken.

The Jewish character of the state is responsible for the deficiency of democracy and liberalism as far as Israel’s Palestinian citizens are concerned, and that is what makes the demand for autonomy appear logical, convincing and fair. Anyway, autonomy, as I conceive it, doesn’t involve compromising or conceding any democratic citizenship rights. Autonomy constitutes a safety net below the ceiling of citizenship and central government, and it serves as a protection against unjust decisions, practices and policies by the ethnic-national group in power. In the best case scenario, autonomy brings us closer to a democratic, binational state.

Secondly, it is not possible to define the characteristics of autonomy a priori, without first describing the changing relationships between the two national-cultural groups. These are not natural phenomena with fixed characteristics; what we have are two national groups that change over time in response to changing local and international conditions and events. It’s no secret that in recent years there has been an attempt to “thicken” the state’s Jewish character, along with increasing attacks on Palestinians — against their land, homes, political parties and cultural institutions, and even mosques.

Additionally, the distinct collective identity of the Palestinians in Israel has become thicker and fatter than ever before. In light of this, the path to integration has become much more difficult and arduous, and the demand for cultural autonomy, despite its importance, has become inadequate to address the increasing challenge. What we need is an autonomy that protects and sustains identity, which protects land and homes, which addresses bogged-down issues like the Muslim Waqf and the refugees of 1948, which advances the planning and development of cities and villages, and which is capable of responding to the challenge of national service.

In short, what is needed is autonomy with teeth, which doesn’t exclude the geographic factor, the factor of the land and what lies above the land! Needless to say, the concentration and population density of Palestinians in the Galilee, Triangle and the Negev require a more ambitious and fatter autonomy than cultural or institutional autonomy.

Commitment to democratic values and a national accord

Thirdly, the desired and required form of autonomy should be consistent with any conception for a fair resolution to the Palestinian-Israeli conflict, whether it results in two independent neighboring states living in peace, or a single democratic, binational or federated state, or whatever else may be. Any fair resolution, in my mind, should include one form of autonomy or another, whether it is in the framework of one or two states.

Fourth, autonomy, whether cultural or richer and fatter (as I argue), cannot be implemented unilaterally. Autonomy is not the same as isolation or separation; it can exist only with the agreement of the central government which must transfer authority on specific matters and for specific aims through legislation.

The autonomous government must be democratically elected by the women and men of the concerned national or cultural minority, irrespective of where they reside. Such an agreement cannot be realized without a serious collective struggle that must be well organized, coordinated and ongoing — a struggle that emphasizes the sincere commitment to the values and principles of the democratic process.

Without such a commitment, the demand for autonomy of any type will be a good and sure recipe for collision. In that context, raising the volume of a nationalist-cultural discourse by leaders of the national-cultural minority, without tying it to the idea of autonomy committed to liberal-democratic values and principles, won’t accomplish much (to say the least). Moreover, doing so can only help to conceal the core issue, the nerve issue — full equality of citizenship rights, both collective and individual rights alike.

Finally, despite the fact that more than 25 years have passed since the idea of autonomy was first proposed, the idea is still virgin and needs to be fertilized and further developed by a free and rational discourse, a discourse with the participation of the relevant parties and movements — political and nonpolitical. The Balad party had the courage to include in its political agenda the idea of cultural autonomy alongside its demand to make Israel a state of all its citizens (limiting or altogether abolishing its Jewish character).

According to that two-pronged approach, as I understand it, autonomy would remain relevant and deserved even if Israel becomes a state of all its citizens. But, because the leaders of the Jewish majority insist on emphasizing the state’s Jewishness at the expense of its democracy, the demand for autonomy must go further than just culture and needs to include other areas, first and foremost land and what lies above the land.

In the end, the realization of geographic, or even cultural, autonomy, requires tools and patterns of struggle that do not exist today, which should not exclude civil disobedience, or at least the threat of civil disobedience. Furthermore, national consensus is a necessary condition for any serious progress in this novel and daring undertaking.

Dr. Said Zeedani is a lecturer of philosophy at Al-Quds University. This article was first published in Arabic on Arab48.