As Diaspora Jews, do we actually talk to Palestinians about their wishes? Do we take the time to support liberal Palestinian activists? Our role is not to fight for what we think Palestinians want but to support them as they push for their liberation themselves. 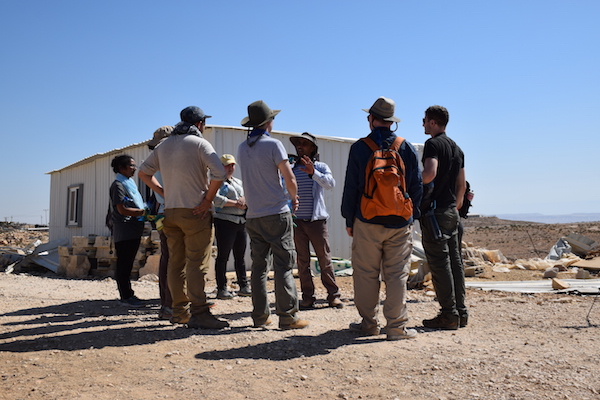 When young liberal Zionists arrive on British campuses many of us find that we naturally settle into left-wing, progressive, political circles. Our fellow progressive students are committed to anti-racism, gender equality, equality of access to higher education; it’s a natural fit.

If we just don’t mention Israel, then it’s all fine.

We learn early on that to bring up our complicated feelings of love and disappointment towards Israel, in these spaces, is to invite tension, shouting and a sense of disbelief that we can’t see how ‘simple’ the situation really is. From right-wing Zionists on campus we receive shouts of ‘traitor’ and from the Palestinian activist side, we are labelled apologists. Faced with this cold war, we tend to be left with one of two options: either we renounce our liberal values and leave progressive student spaces, or we play down our Zionism in order to continue to fight for all the other causes we care about.

So we look for a third way and are left with a question: what can we do to bring more nuance on to our campuses? The first thing we must do is apply the left wing progressive lens we have learned to use for everything else to the Israel-Palestine sphere too. This forces us to re-imagine Israel-Palestine as not just a conflict, but a liberation struggle too. As a people whose central narrative is liberation from Egypt, this shouldn’t be hard for us to understand. However, for the analogy to work we must re-position our focus. No longer are we the oppressed people. For too long, we have talked of hearing both narratives whilst still firmly placing ourselves as the main protagonists. Instead, we must de-center ourselves and make space for the Palestinians. This is what it means to view Israel-Palestine as a liberation struggle, not a conflict. 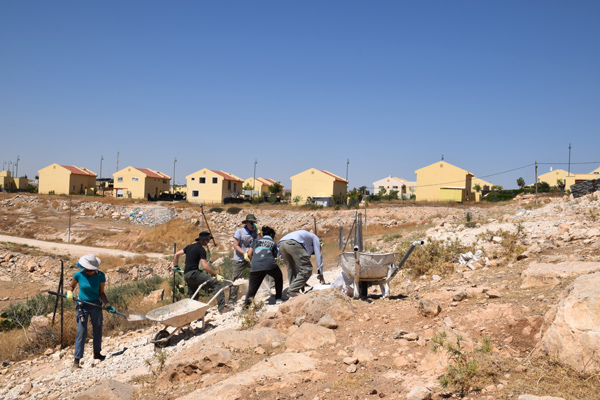 A delegation from the Center for Jewish Nonviolence helps rebuild a demolished home in the Palestinian village of Umm el-Kheir, July 12, 2016. The Israeli settlement of Carmel is seen in the background. (Michael Schaeffer Omer-Man)

So what role do we play on Israel-Palestine? Exodus steps in with a perfect set of role models: the Egyptian midwives, Shifrah and Puah. We often use the midwives’ civil disobedience as a model for our support of Israeli NGOs working for human rights in Israel-Palestine. However, this can lead to us losing out on their more subtle lesson. Moses is only saved when the midwives take the time to form a relationship with the oppressed people and then work in solidarity for what those people say they want. As Diaspora Jews, do we actually talk to Palestinians about their wishes? Do we take the time to support liberal Palestinian activists? Do we have meaningful relationships with Palestinians on the ground? Groups such as All That’s Left and the Center for Jewish Nonviolence are leading the way in this, but until we can all answer yes to the above questions we cannot say that we have learned from Shifrah and Puah.

So this is our job as liberal Zionists. Our role is to stand in solidarity with the Palestinian people and ally ourselves with their liberation. Our role is not to fight for what we think Palestinians want but to support them as they push for their liberation themselves. Our role is to fight injustices where we see them among Israel and the Jewish people and nurture the growth of non-violent activism within the Palestinian people. There are countless Palestinian organizations working towards similar goals that need our support. My commitment to this has been to fundraise, with Yachad Youth, for our ‘Partners to Peace’ campaign, which aims to support Holy Land Trust, a Palestinian NGO that trains young Palestinians in nonviolent activism. 30 British Jewish students are involved in this campaign. All of us our active on campuses, in Zionist youth movements and in the wider Jewish community, and this campaign presents us with the opportunity to put on the agenda of our community the importance of solidarity with Palestinian partners.

In the Diaspora, we often talk about bringing nuance to the debate and being pro-Palestine and pro-Israel. To do this, we need to start actively allying ourselves with Palestinians. We need to be empowering the moderate voices like our own in Palestinian society and we need to be bringing these voices into the Zionist discourse. In short, we need to step aside and be allies and supporters.

Jake Cohen studies Arts & Sciences at University College London. He is part of the Reform Zionist youth movement RSY-Netzer and is a campaigner with the Yachad Youth campaign ‘Partners to Peace’. You can find out more about the campaign and donate at www.partnerstopeace.org.uk