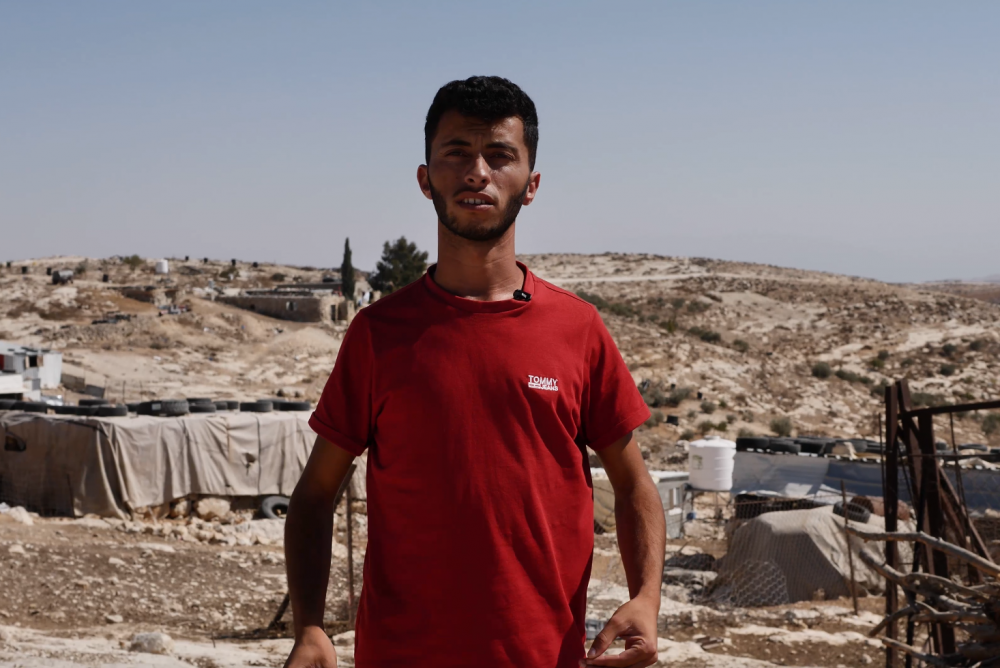 I was born in a small Palestinian village in the occupied West Bank called a-Tuwani to parents who both actively resist the Israeli occupation. In my region, Masafer Yatta in the South Hebron Hills, the Israeli army refuses to connect our villages to water and electricity, and soldiers come every week to destroy our homes in order to pressure us to leave our land. We face frequent violence by extremist Israeli settlers from nearby settlement outposts. Just last week, settlers rampaged through the village of Mufagara, smashing windows, overturning cars, and throwing stones — one of which hit and fractured the skull of a three-year-old boy.

‏I was in Mufagara last week, documenting the attack. This is nothing new for me: I have been documenting human rights violations by Israeli soldiers and settlers for several years as a journalist.

Over the past few days, however, I have become the target of a campaign by Channel 12, Israel’s most popular news channel, as well as by settlers and soldiers — all based on fake news and lies. On Tuesday night, Channel 12 reporter Ofer Hadad aired a short segment in which he claimed that, during the settler pogrom on Mufagara last week, I had set fire to a Palestinian home in an attempt to frame the settlers. The video, which was filmed from a camera attached to the soldier’s uniform, shows the soldier coming up to me and accusing me of setting fire to a home only to then blame it on “the Jews.”

This is a lie. As seen in a video I filmed following the attack, the fire was caused by a tear gas canister fired by Israeli soldiers at Palestinian residents of the village. Moreover, there weren’t any homes at the scene of the fire — just a pile of wood.

Here is what actually happened: I saw the fire and began filming it, then called residents to fetch water to put it out. Two Israeli soldiers helped to put it out, but then an IDF officer walked by, and started filming me, while accusing me of causing the fire. I have filmed this same soldier in recent weeks assaulting Israeli activists in the South Hebron Hills.

While Channel 12 did not name me in the segment, Hadad identified me in one of his tweets of the video the day after the segment was broadcast. He never asked me for a response to any of the absurd and groundless claims that Channel 12 made against me.

This ordeal is not just a case of fake news — it is a desperate attempt to stop me from documenting the violence of the occupation, and to intimidate other Palestinians from doing the same. I don’t create “false videos” to make settlers look bad — they look bad because they are committing crimes.

Want me to stop documenting? Stop the occupation.