Between 3000 and 4000 protesters gathered outside of the Prime Minister’s office in Jerusalem yesterday to demonstrate against the Prawer Report–Israel’s plan to relocate tens of thousands of Bedouin from their homes in the Negev to impoverished townships. 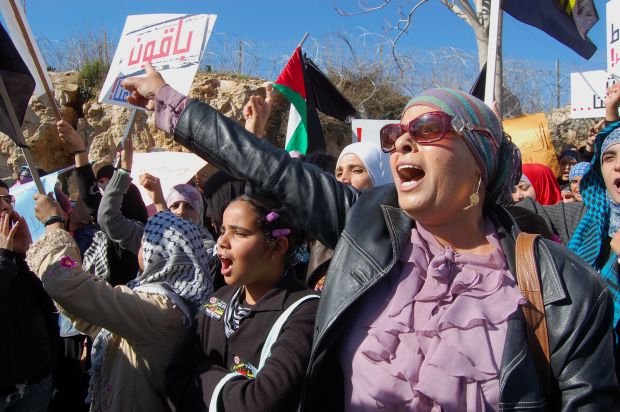 Bedouin and Palestinian citizens of Israel also held a general strike yesterday, Sunday December 11, in protest of the state’s plans to expropriate Bedouin land. According to Ynet, a number of Arab schools, municipal offices, and Arab-owned businesses inside of Israel were closed.

On the same day, representatives of the Israel Land Authority delivered demolition orders to the Bedouin community of Wadi el Naam, informing them that they had 48 hours to vacate the premises. (See photo below) 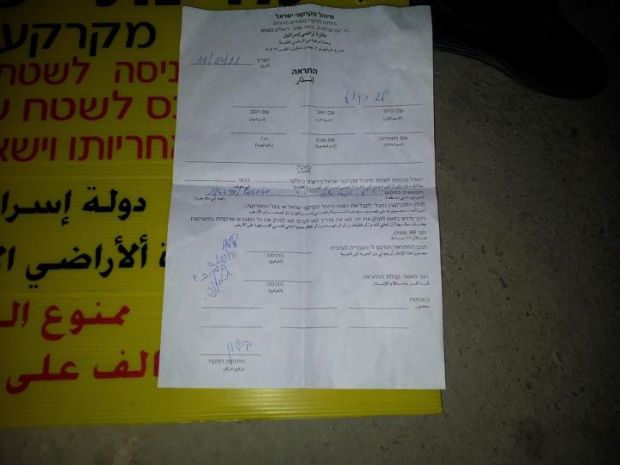 Document from the Israel Land Authority notifying the residents of Wadi el Naam that they have 48 hours to vacate the premises. (photo: John Brown)

The Israeli cabinet approved the Prawer Report in September. The government estimates that between 20,000 to 30,000 Bedouin–all of whom are citizens of Israel–will be relocated. But human rights organizations say that as many as 45,000 Bedouin will be forced from their homes and sent to live in underdveloped cities in the south.

Amnesty International condemned the plan, saying that it contradicts Israel’s international obligations to human rights. Thabet Abu Ras, director of the Negev Project at Adalah – The Legal Center for Arab Minority Rights in Israel, likened it to a declaration of war against the Bedouin. Knesset Member Talab al-Sana (United Arab List-Ta’al ) called the government’s announcement of the plan “a defining moment in the history of the Bedouin of the Negev.”

Some observers are concerned that an Israeli attempt to implement the plans outlined in the Prawer Report could lead to violent clashes between the Bedouin and the state.

Representatives of the Bedouin community have said that they will appeal to the international community to stop the relocation.

In what some analysts consider the Israeli government’s “test case,” Israeli forces have demolished the unrecognized Bedouin village of Al-Araqib over 30 times. The demolitions began in 2010. With the assistance of Israeli and international activists, the residents have rebuilt the village each time.

Tens of thousands of Bedouin live in “unrecognized” villages in the Negev. Because the state doesn’t acknowledge these places, the residents go without basic services like electricity, water, and education.