A tent belonging to a Bedouin in the West Bank was torched in an apparent ‘revenge’ attack. 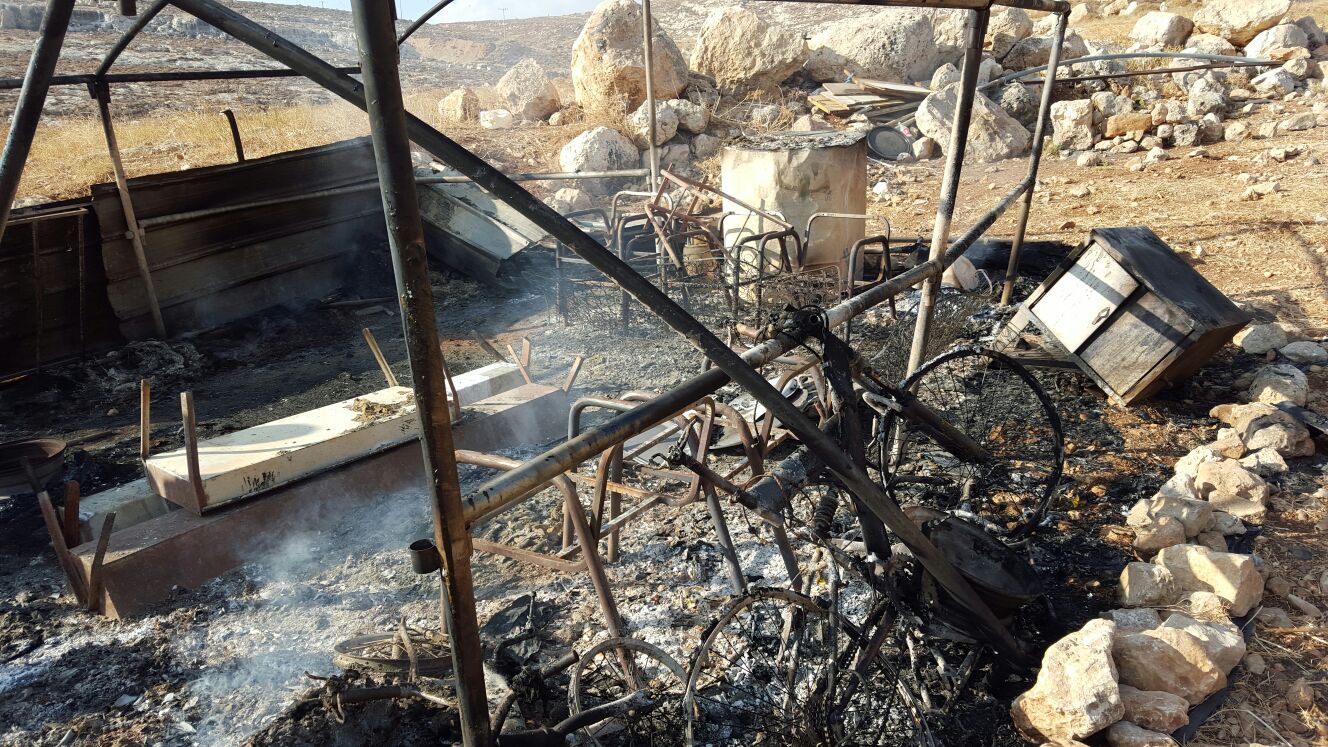 A Bedouin tent was burned Wednesday night in Ain Samiya, in the West Bank, in a suspected attack by the “price tag” movement, a group of pro-settler Israelis who vow that for every time the government seeks to curb settlement expansion it will exact a “price” by attacking Palestinian properties or persons.

The tent was not occupied at the time, and only contained food that was intended for the Bedouin owner’s herds, according to the human rights NGO Rabbis for Human Rights (RHR) which arrived to the scene. On a rock nearby the perpetrators left graffiti, reading, “administrative revenge,” possibly in reference to the administrative detention policy applied in the past weeks to militant “price taggers,” by which suspects deemed terrorists are not provided a trial or informed of the charges against them.

“It’s time for the Israeli government to put all the efforts in bringing right wing Jewish extremists to justice, but administrative detentions are not the answer,” said RHR spokesman Yariv Mohar.

While there have been thousands of attacks since 2005, less than 8 percent have resulted in indictments, according to the NGO Yesh Din.

“Price taggers” were suspected by the Israeli police in a fatal July 31 attack on the Palestinian village of Duma, which killed eighteen-month-old baby Ali Saad Dawabshah and his father, Saad Dawabsha.

Since, the Israeli government has embarked on an official crack down in order to curtail what Prime Minister Benjamin Netanyahu has called “Jewish terrorism.” 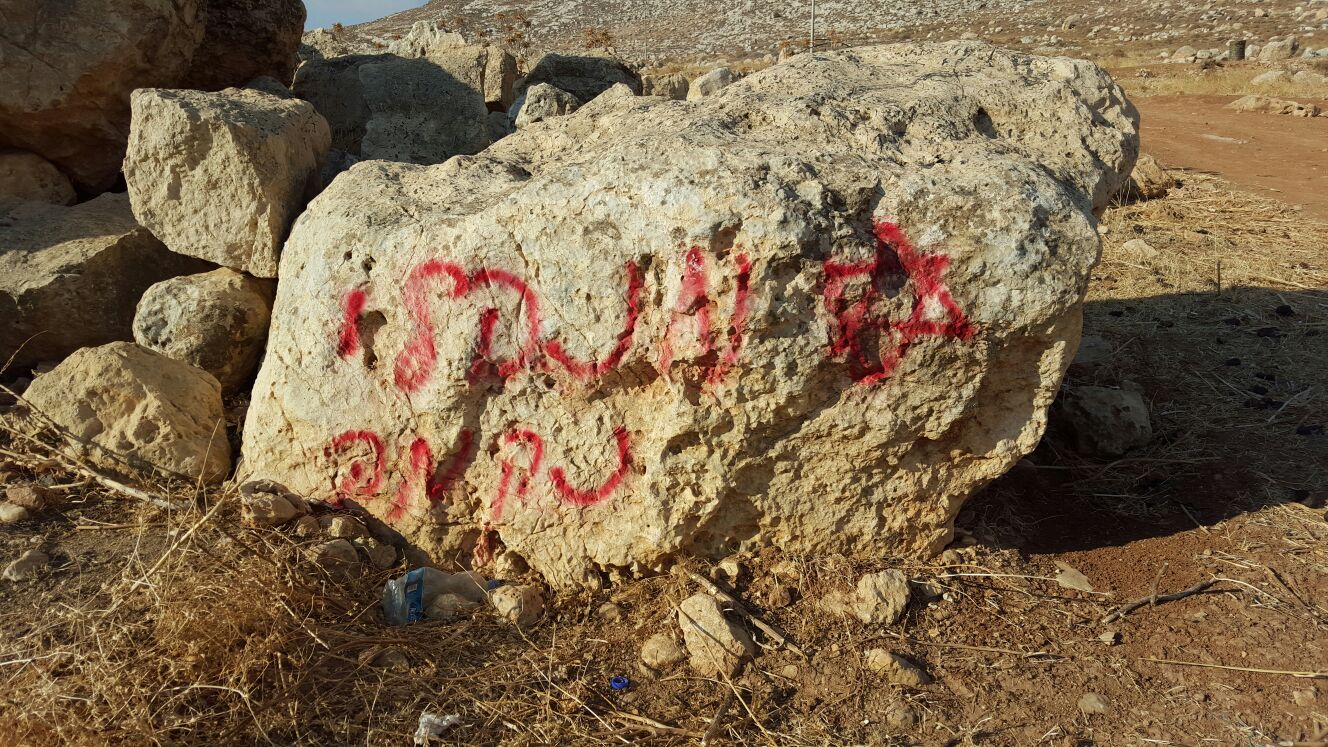 A number of high profile right-wing activists were arrested and placed under administrative detention, including Meir Ettinger, the grandson of ultra-nationalist Rabbi Meir Kahana whose Kach party was outlawed by the Israeli government for racism, and who is believed to be involved in an underground movement planning to attack civilians and oust the Israeli government in favor of a more authentic “Jewish state.”

In response to the crack down, many from the pro-settler movement have responded with disdain and accusations of betrayal, calling the campaign “a terror attack on Judaism,” in the words of Ettinger, who wrote a blog post on August 4 on the issue on the ultra-right website The Jewish Voice.

While nine suspects were arrested in direct connection with the fatal July 31 attack in Duma, none have yet been brought to court.

Get Our Weekly Newsletter
Before you go…
A lot of work goes into creating articles like the one you just read. +972 Magazine is nonprofit journalism, owned by many of our writers, editors, and journalists. In order to safeguard that independent voice, we are proud to count you, our readers, as our most important supporters. With your support, we can keep +972 Magazine a strong, independent, and sustainable force helping push the global discourse on Israel/Palestine.
DONATE
More About Images