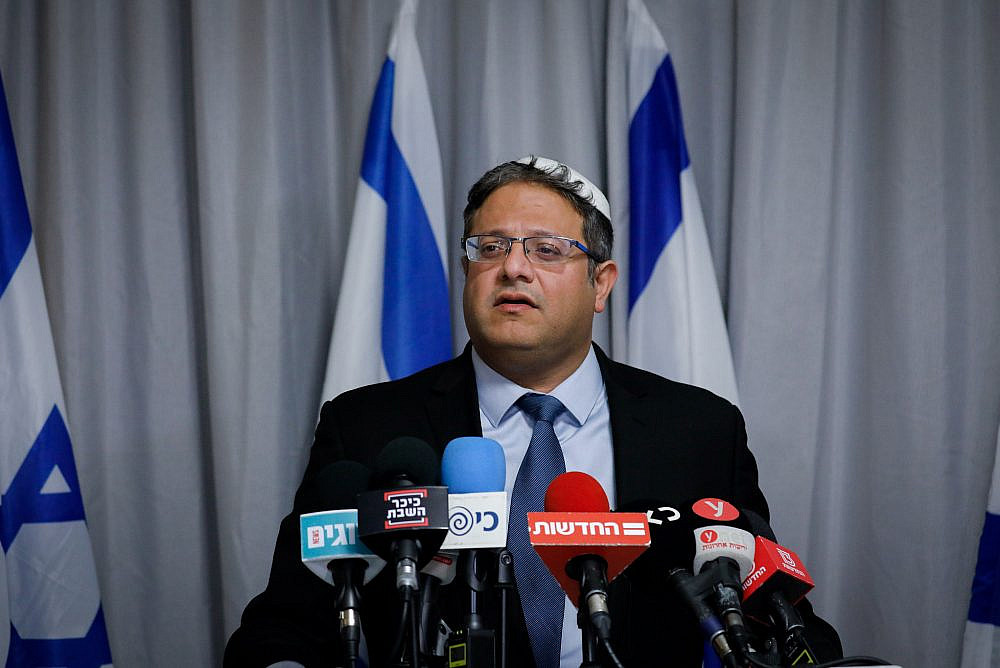 Over the past few weeks, a prominent Israeli settler living in the occupied territories has demanded that the Knesset dismiss almost every single Arab Palestinian citizen from running in the upcoming Israeli elections. In the same vein that he endorses the transfer of the entire Palestinian citizenry out of their historical homeland, he now seeks to have a pure Jewish parliament, “sterilized” of any undesired Arab presence. Although the Knesset ultimately rejected his efforts, his desire remains unchanged.

This person, unfortunately, is not an isolated extremist. In fact, he is hoping to join forces with Israel’s prime minister, Benjamin Netanyahu, and to serve as part of the next coalition government.

Itamar Ben-Gvir, a member of the far-right Otzma Yehudit (“Jewish Power”) party, has long been known as a follower of the racist Kahanist movement; his political views were so extreme that even the Israeli army disqualified him from joining their forces. Living in a settlement in occupied Hebron, Ben-Gvir is notorious for inciting against and harassing the city’s Palestinian residents. He has openly called for the destruction of Al-Aqsa Mosque in Jerusalem, and proudly photographed his former party colleague, Michael Ben-Ari, ripping apart a copy of the New Testament.

Now, Ben-Gvir and his party are running for parliament under the newly formed Religious Zionist slate, led by the like-minded extremist Bezalel Smotrich — who agreed last month to bestow his slate’s surplus votes to the Likud. 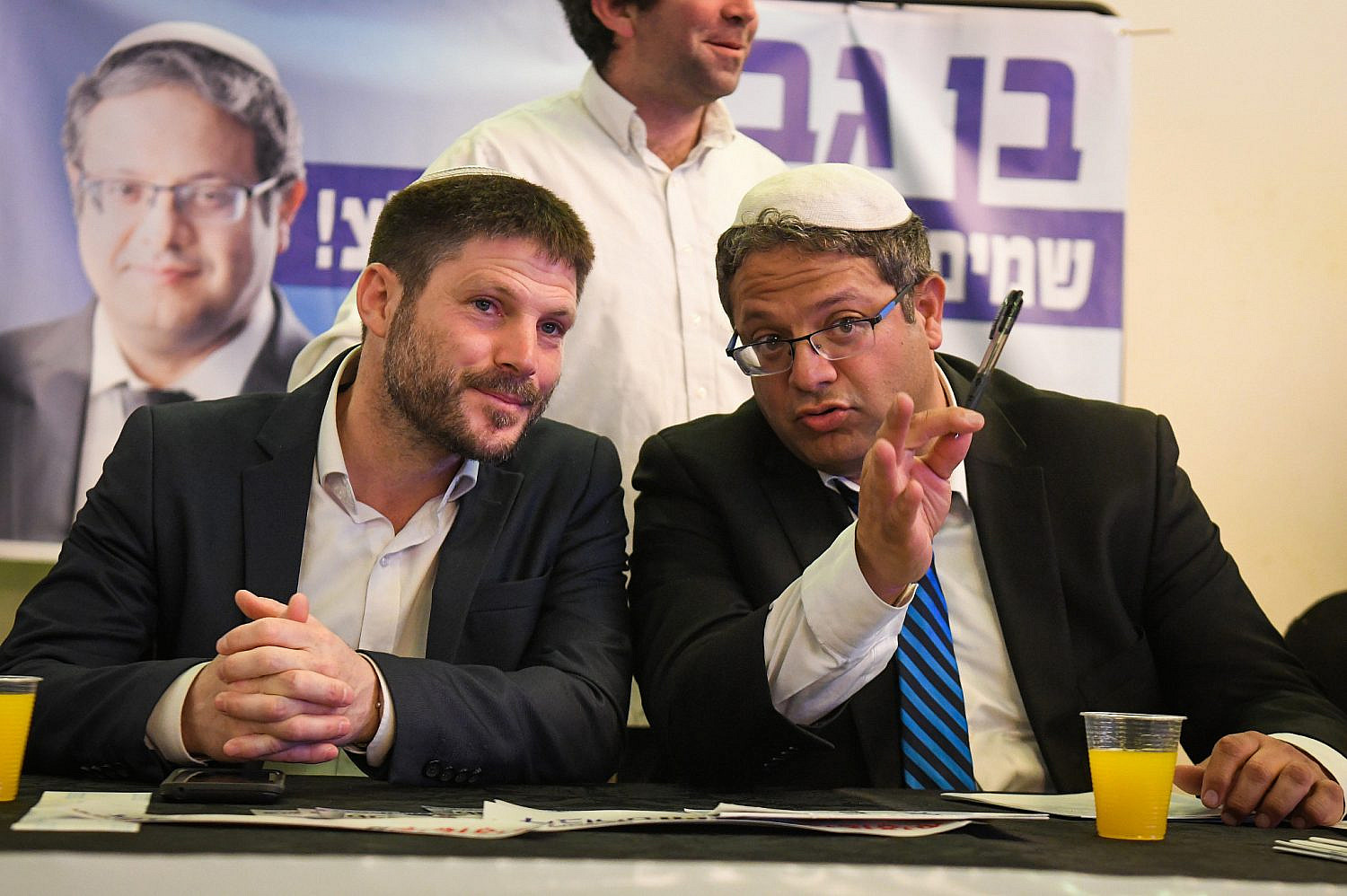 The fact that the prime minister is embracing these fascists as potential partners should surprise no one. A right-wing populist, Netanyahu consistently recruits Israeli politicians to say the things he cannot express publicly or explicitly. This role once belonged to figures like Avigdor Liberman of Yisrael Beiteinu, Naftali Bennet and Ayelet Shaked of Yamina, and now Ben-Gvir. This formula allowed Netanyahu to govern with the loyalty of extremist segments of Israel’s society, while burying the prospects of a peace agreement with the Palestinians.

If you carefully analyze the end-goal of both Netanyahu’s Likud and Ben-Gvir’s Otzma Yehudit, you will find that they ultimately represent the same agenda: denying Palestinian rights, advancing colonization, and imposing an apartheid regime from the river to the sea. The Jewish Nation-State Law, with Netanyahu’s backing, seeks to enshrine this vision of Jewish supremacy as a constitutional value. The U.S.-Israeli “Vision for Peace,” presented by former President Donald Trump last year, went further and endorsed the population transfer of hundreds of thousands of Palestinian citizens of Israel.

Ben-Gvir — who I often refer to as Netanyahu’s new spokesperson — surely feels irritated by the presence of Palestinian representatives in the Israeli parliament, such as myself. My party, Balad, which is one of the groups that make up the Joint List, advocates for Israel to become a state of all its citizens, and for it to end its military occupation in accordance with international law and United Nations resolutions. 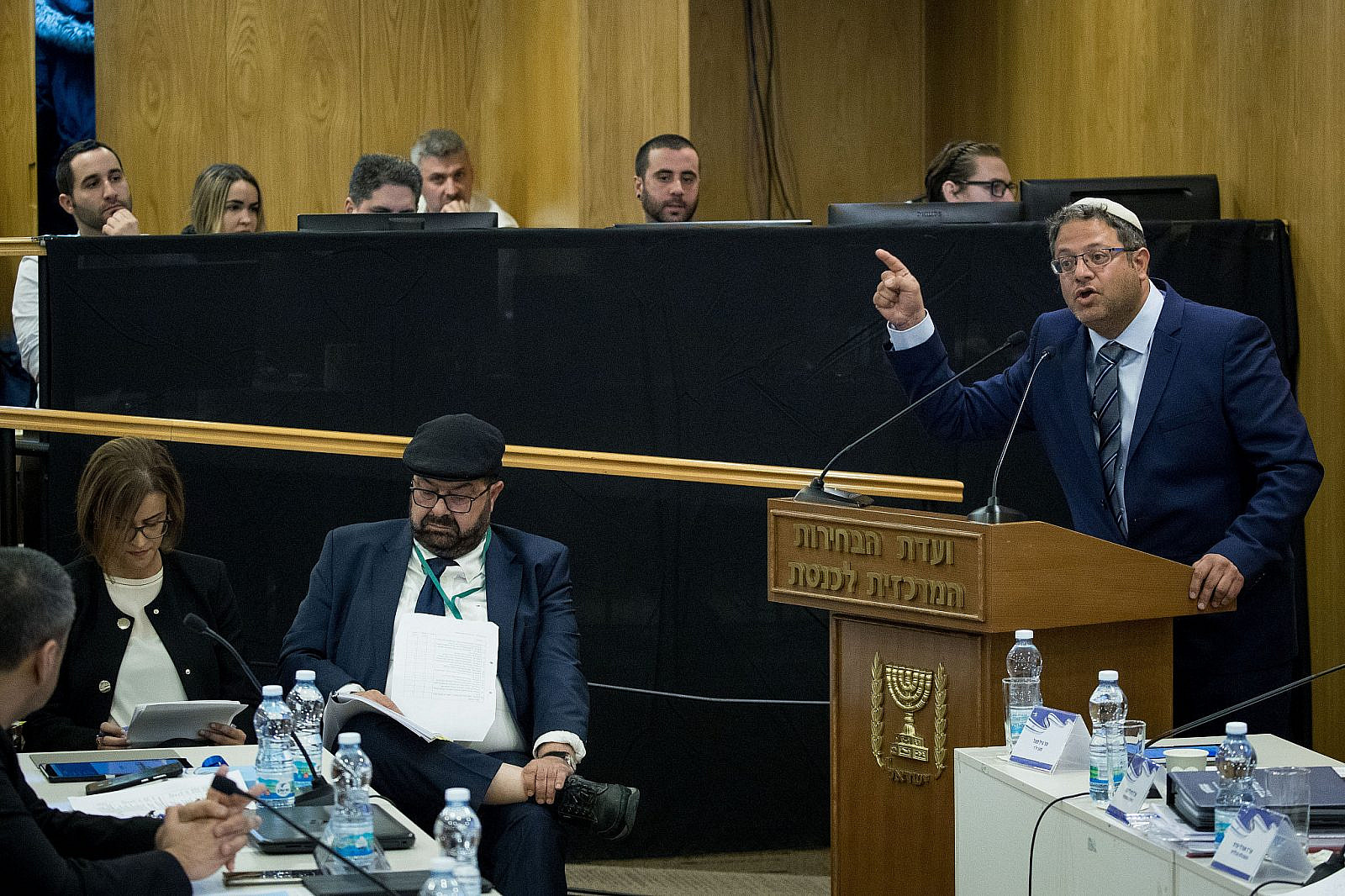 In other words, we demand that Israel accept the basic principles of equality and justice that Israeli Zionist parties reject. We are not interested in an Israel that defines itself as “Jewish” while allowing only token Arab representation, to help Israeli propagandists claim they are a full democracy. Rather, we want to make this country truly democratic, with Palestinians and Jews enjoying equal status before the law. For the Israeli right, including the prime minister, such a vision is a threat.

Unfortunately, the international community has played a major role in normalizing Israel’s far-right alliance and its discourse. When Germany’s Foreign Minister Heiko Maas visited Israel in February 2017, then-Justice Minister Ayelet Shaked took him on an aerial tour that, against all diplomatic protocols, included the occupied West Bank.

On social media, the EU Ambassador to Israel, Emanuele Giaufret, has unabashedly promoted his meetings with some of Israel’s most racist and pro-annexation politicians, many of whom are actively working to destroy the two-state solution that Giaufret is meant to promote; one such politician, the pro-settler Tzipi Hotovely, is now Israel’s ambassador to the United Kingdom. This Western acceptance of the government’s hardcore approach in recent years proves to Netanyahu that bringing such extremists onboard will quickly be tolerated.

Foreign governments have also shown their double standards in granting Israel the impunity to continue down this dangerous route. For example, European diplomats routinely demand that the Palestinian Authority — which is set to have elections this year — respect previous accords with Israel as well as the international parameters for a two-state solution, as called for by the Middle East Quartet. 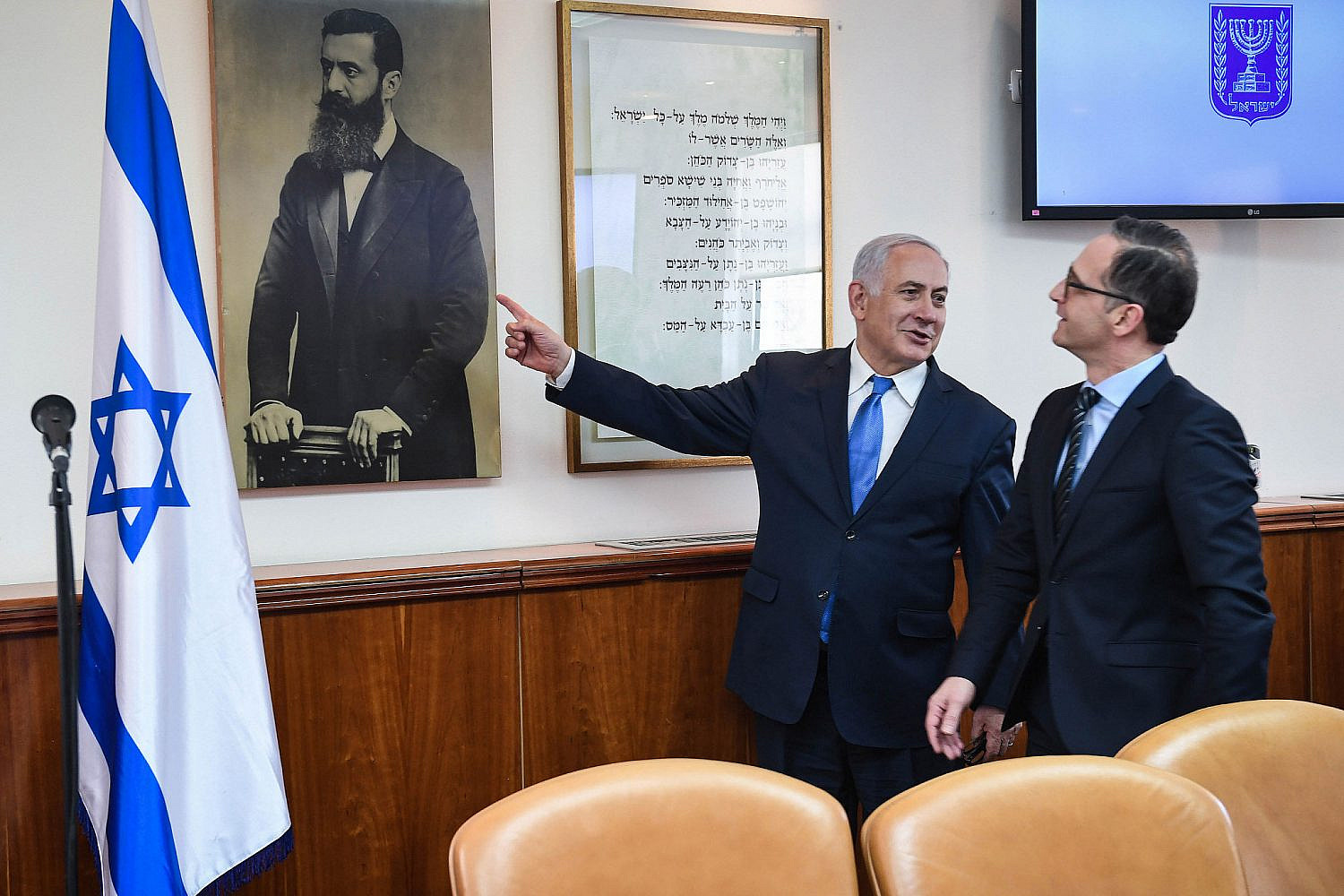 And yet, these same diplomats have essentially been silent over the fact that the upcoming Israeli elections will prominently feature politicians who not only reject those agreements, but are competing to prove who is more anti-Palestinian and pro-settlement. The demand for the Israeli government to abide by the Quartet’s vision is tepid at best, if not almost absent.

The problem, therefore, is not just with Ben-Gvir alone. It is about a whole system of institutionalized discrimination and hateful incitement that aims to prevent Palestinians from achieving equality inside Israel, and to deny the freedom of Palestinians living in the occupied territories — including by destroying the prospects of a Palestinian state along the 1967 border.

Still, Ben-Gvir’s likely alliance with Netanyahu should serve as a wake-up call to the international community. To all those in Washington, Brussels, London, Ottawa, Canberra, Berlin, and others who claim that they “share values” with Israel: you should seriously rethink your approach. So far, you have simply contributed to a reality whereby racist settlers like Ben-Gvir have become successful political tools to deny human rights, and to prevent any prospects of a just and lasting peace. The world should refuse to embrace any Israeli government that rejects the basic principles of international law and full equality for all.

Sami Abu Shehadeh is the chair of the Balad party and a Member of the Knesset with the Joint List. 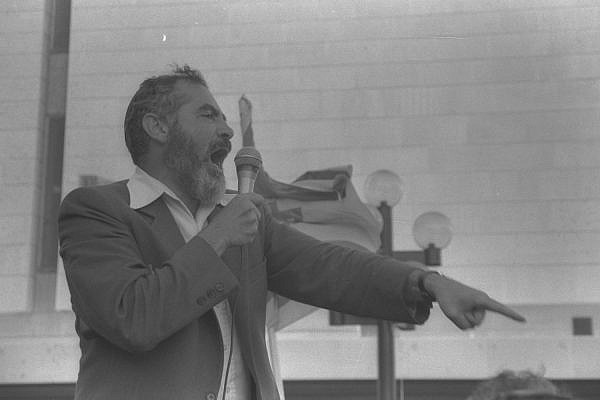 Kahanism doesn’t need a seat in the Knesset
Israelis may fear the racist Itamar Ben-Gvir could enter the Knesset next week, but the government has been carrying out his vision just fine without him.
By Orly Noy March 21, 2021 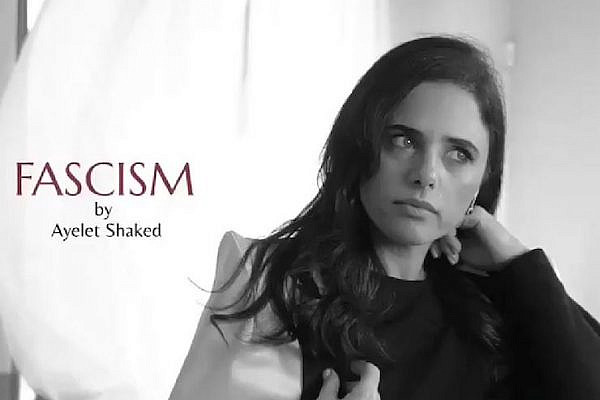 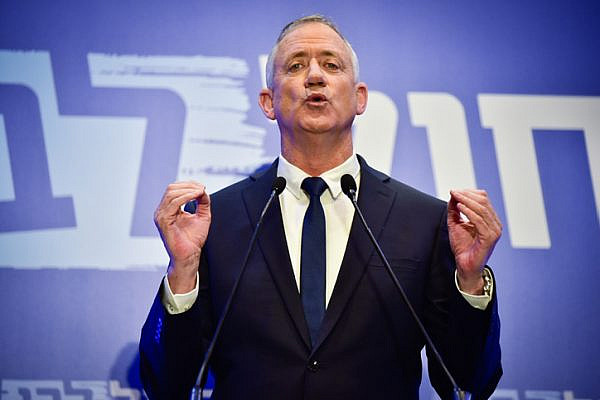