These are the most challenging times the Middle East has seen in decades, yet one couldn’t imagine a more inept government for Israel than the one that sits in Jerusalem 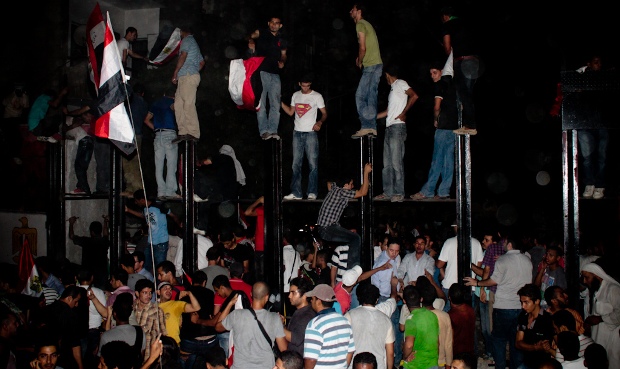 Last month, Israel rejected a compromise over the flotilla incident that Israeli and Turkish negotiators reached. The American administration has been applying pressure on Jerusalem and Ankara to reach an understanding prior to the publishing of the Palmer Report. According to recent reports in the local media, both sides to the talks in Geneva had agreed that Israel would apologize for “a military failure” that led to the death of eight Turkish citizens and one American during the attack on the Mavi Marmara, but the legality of the blockade on Gaza will not be questioned. Israel also agreed to compensate the families of the deceased.

Such an understanding would have served Jerusalem’s interests, and allowed for relations with Turkey to be mended (I say that even thought I oppose the blockade and believe it should end immediately). Yet Prime Minister Binyamin Netanyahu rejected the deal, fearing a backlash from the right and political gains by Foreign Minister Avigdor Lieberman, the only political rival that could hurt him at his base. The result was a rapid deterioration of the diplomatic relations between Israel and Turkey.

Following the political failure, the government moved to propaganda, claiming that Turkish Prime Minister Recep Tayyip Erdoğan has decided to secure his role in the Arab world by going after Israel. Yet the facts don’t add up: If there was no hope in resolving the crisis with Ankara, why send representatives to Geneva and negotiate a deal? And if that wasn’t enough, while the full effect of the rift with Turkey was being revealed, Lieberman decided to start another fire by speculating on giving military aid to the PKK (the anti-Turkish Kurd resistance group) – something similar to a possible Turkish declaration of sending weapons to Hamas. This was too much even for Netanyahu, who rushed to issue a denial, long after the damage was done.

On the very same day of Lieberman’s provocation, troubles started in Cairo, and while military escalation remains unlikely, it seems that the peace treaty with Egypt – Israel’s greatest diplomatic achievement – is about to collapse. The Israeli embassy in Giza was stormed by protesters on Friday night, and the Egyptian commando had to rescue the security team which was at the building. Later at night, the ambassador, most of the diplomats and their families were flown back to Tel Aviv in a military plane.

It looks as if the anti-Israeli mood in Egypt has a lot to do with the frustration many feel due to the tightening of the military control over the country and the failure to make good on many of the promises the revolution made. Israel is perceived as an ally of the army and the old regime; relying on Egypt’s help in placing the blockade on Gaza has come back to haunt Israel. Once again, it’s clear that Jerusalem has failed to understand the local mood in Cairo. This was revealed in Israel’s dealing with the diplomatic fallout following the Eilat attack and the death of five Egyptian soldiers, and with the inflammatory statements that followed the escalation in the South.

At the heart of the diplomatic failure lies Netanyahu and Lieberman’s policy on the Palestinian issue, one that has replaced diplomatic initiative with public relations. Netanyahu sees existential threats everywhere, from Iran to the BDS campaign and from Ankara to Cairo, yet he is unwilling to do the single thing that could get most of the pressure off Israel: Ending the 44 years old occupation of the West Bank and Gaza. By using his skillful manipulation of American politics – perhaps his best and only talent – the Israeli prime minister is dragging Washington’s foreign policy with him down a very dangerous path. Netanyahu’s policy plays a big part in making the United States less and less relevant in the Arab world, and ironically, strengthens the forces which do not recognize the legitimacy of any Jewish existence in the Middle East.

When the Netanyahu-Barak-Lieberman trio took control over Israel’s foreign policy, there was a debate over the potential damage this cabinet could do. Some even argued that an extreme right government such as this could actually lead the Israeli public to accept concessions it wouldn’t normally, certainly not under the left. Nobody dares present these theories again. As it turned out, the right-wing government didn’t “adjust” itself to the left, but rather the other way around: With its provocative rhetoric and hard-line positions it helped bring about the geopolitical reality in which it could prosper, one of hate and anger.

As the situation around the country deteriorates, Netanyahu and Lieberman thrive, playing on the very real existential fears of Israelis, declaring that “now is not the time for concessions,” behaving as if Israeli actions play no role in the regional dynamics, and preparing the public for nightmare scenarios. With no immediate political threat to their government, it seems that the worse is yet to come.