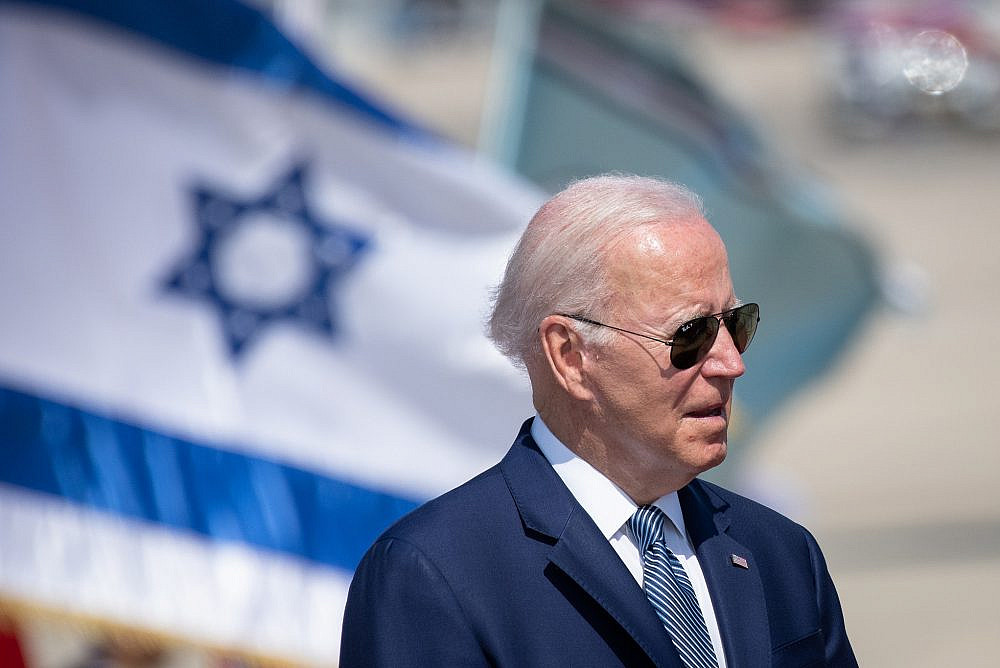 [The following is a satirical take on the U.S. president’s visit to the region]

In a surprising turn of events, the White House has ordered a last-minute change to the itinerary of President Joe Biden’s trip to Israel and the occupied Palestinian territories, abruptly halting a second day of meetings planned in Jerusalem today.

The sudden development comes after a recent revelation that State Department officials co-sponsored plans with Israel to build the new U.S. Embassy, which was moved from Tel Aviv to Jerusalem by the Trump administration in 2018, on privately-owned Palestinian lands that were illegally confiscated under the 1950 Absentees’ Property Law. According to top political pundits, this incident has sparked a crisis of confidence between the White House and the State Department, with the president raising serious questions as to why his administration is moving forward with this Trump-led policy.

In light of this news, the White House has decided to cancel the rest of Biden’s meetings with Israeli officials. Instead, the president’s motorcade will head to the home of Anton Abu Akleh, the brother of the slain Palestinian-American Al Jazeera journalist, Shireen. Biden is expected to express his outrage at Shireen’s killing, and pledge to carry out a proper, transparent inquiry that incorporates the accounts of Palestinian eyewitnesses as well as investigative reports by CNN, the New York Times, and the Washington Post, whose findings concluded that an Israeli sniper shot and killed Shireen. Accountability for this criminal act is a top priority, Biden will insist. 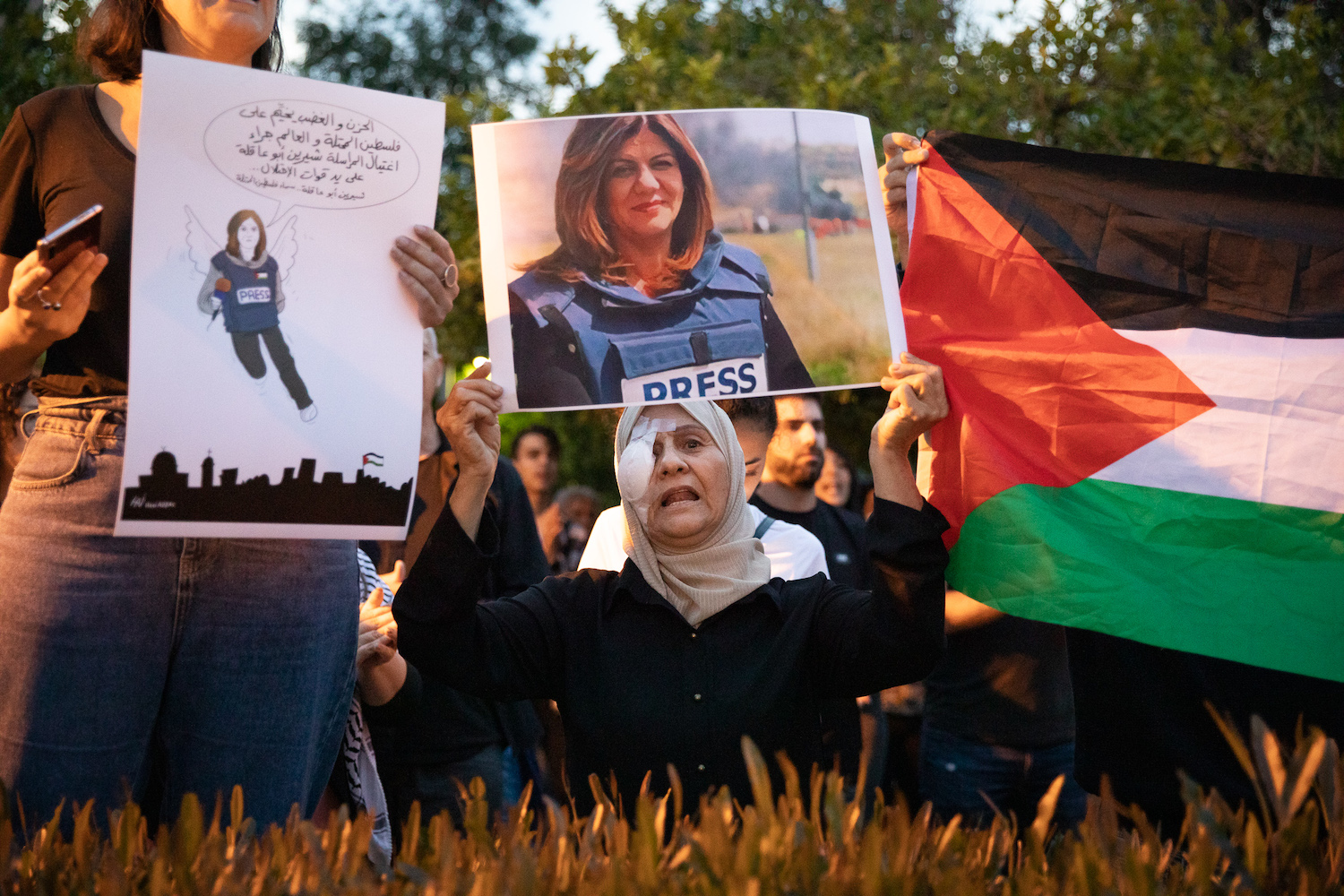 Biden’s next stop is Ramallah. There he will meet Palestinian civil society leaders, especially the directors of the six NGOs that were outlawed as “terrorist organizations” by Defense Minister Benny Gantz last year. Biden wants to get to the bottom of these designations by Israel, as he — along with multiple European governments — has not been convinced by Israel’s “evidence” for these allegations. He also wants to look into why Ubai Al-Aboudi, a Palestinian-American and the executive director of the Bisan Center (one of the six groups), was denied exit from the occupied West Bank by Israel, and why Sahar Francis, a Palestinian citizen of Israel and director of Addameer Prisoner Association (also of the six), who has a valid U.S. visa, was recently barred from  boarding a flight from Ben Gurion Airport to the World Social Forum in Mexico, with a stop in the United States.

Meanwhile, U.S. Ambassador to Israel Tom Nides is eager for his government to start the U.S. visa waiver program “for the people of Israel”, as he told Haaretz in a recent podcast. But Biden wants to personally find out about Israel’s routine denial of entry and harassment of Palestinian-Americans to the country, and the army’s restrictive conditions for foreigners to stay in the West Bank. He has decided to meet with the president of Birzeit University, Prof. Beshara Doumani, also a U.S. citizen, to learn about how Israeli restrictions on recruiting Palestinian-American and other foreign staff and students to Birzeit have made it almost impossible for the university to maintain global alliances. This is in sharp contrast to Israeli universities, which can acquire visas for their foreign faculty and students, especially Americans.

Biden also wants to personally investigate Israel’s forced displacement of Palestinians on both sides of the Green Line, as noted in the State Department’s own human rights report on Israel. To do so, the president will embark on a tour of Umm al-Hiran in the Naqab/Negev, a village that Israel seeks to replace with a Jewish-only town, and where Israeli police killed Yacoub Abu al-Qian during a 2017 home demolition operation (as noted in the report). He will also visit Masafer Yatta in the South Hebron Hills, where over 1,000 residents, including 500 children, face imminent forced transfer — a plan alarmingly approved by the Israeli Supreme Court in May, just as it did for Umm al-Hiran in 2015. The president, of course, will demand an immediate cessation of these policies. 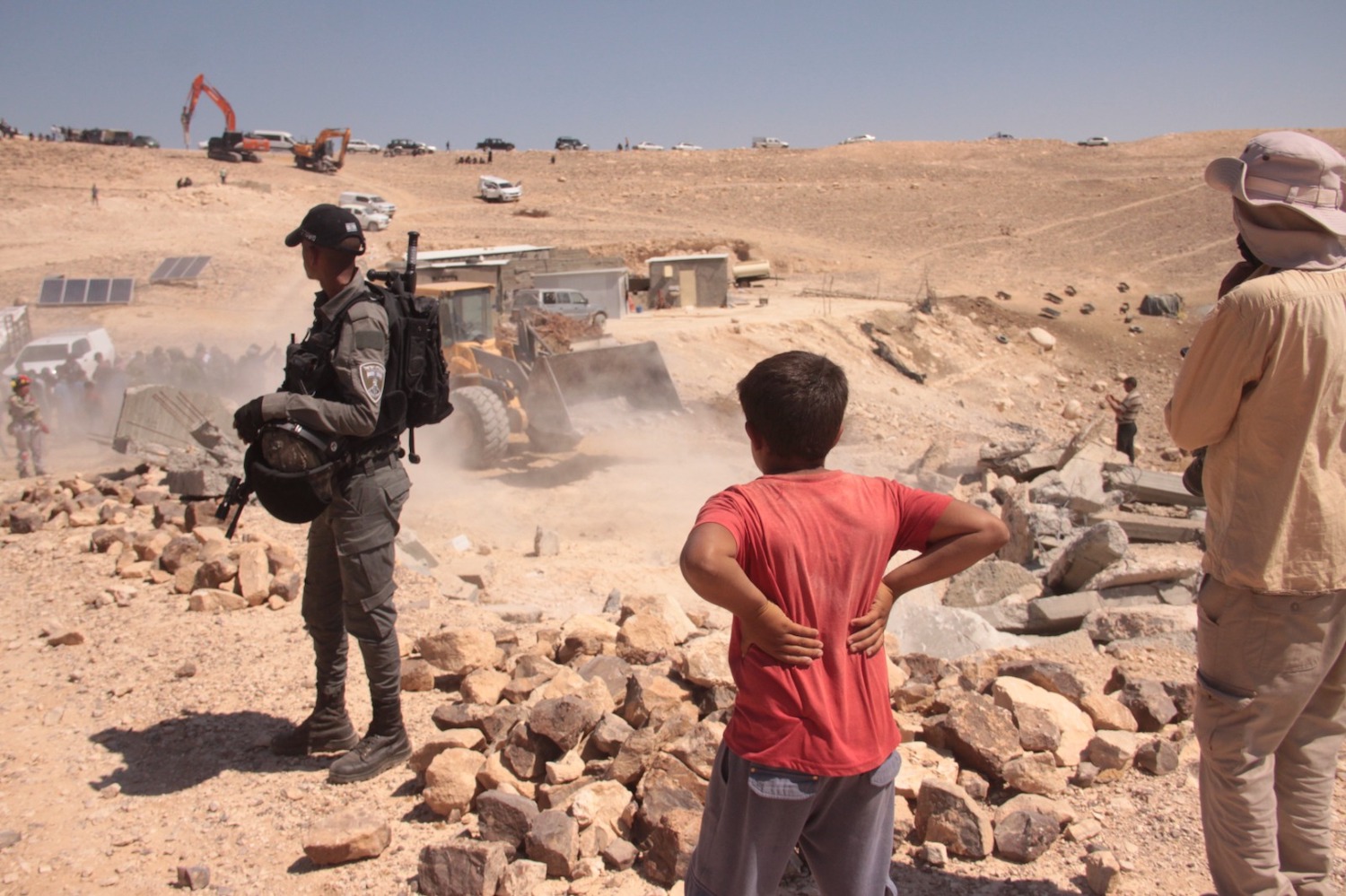 Biden is also insisting on visiting Gaza, making it the first time an American president will visit the strip since Bill Clinton in 1998. Biden wants to see for himself where Rachel Corrie, a U.S. citizen who was protesting the demolition of Palestinian homes, was crushed to death in 2003 by an Israeli soldier operating a U.S.-made armored Caterpillar bulldozer. Rachel’s parents, Cindy and Craig Corrie, have been advocating vigorously in Washington D.C. for almost 20 years against U.S. and Israeli policies in Gaza.

The president then wants to see the site where four boys from the Bakr family were killed — in full view of international journalists — by an Israeli air strike in 2014, after which the Israeli Supreme Court refused to overturn the attorney general’s decision to close the files. He will also meet with Palestinian students in Gaza, recipients of Fulbright and other U.S.-funded scholarships, who have been denied exit to pursue their studies due to the Israeli siege of the strip.

Finally, Biden will meet with Palestinian members of the Knesset to hear about their expectations for the upcoming Israeli elections set for November. He is curious as to why they continue to run for the Israeli parliament given that they are effectively excluded from wielding real decision-making power, and why their core political platform — full equality, a state for all of its citizens, and an end to the occupation — is deemed unacceptable, and even dangerous, by most Jewish-Israelis.

None of this itinerary will ever happen, of course. The evidence of Israel’s policies of domination and supremacy against Palestinians on both sides of the Green Line is no secret, and the U.S. president is fully aware of them. As such, Biden’s visit is a clear affirmation that the U.S. government will continue to back Israel’s racist policies with full impunity. As far as Palestinians are concerned, no message of hope is to be heard during this visit. Quite the contrary.

Correction: The original version of this article referred to Beshara Doumani as Bashara Domani. It has been amended to reflect the true spelling of his name.

Rina Rosenberg (Jabareen) is the International Advocacy Director at Adalah – The Legal Center for Arab Minority Rights in Israel.