Amid an unprecedented wave of delegitimization and attacks on human rights groups in Israel, dozens of organizations throw a mini-festival in Tel Aviv, sending a message that they will not be deterred. 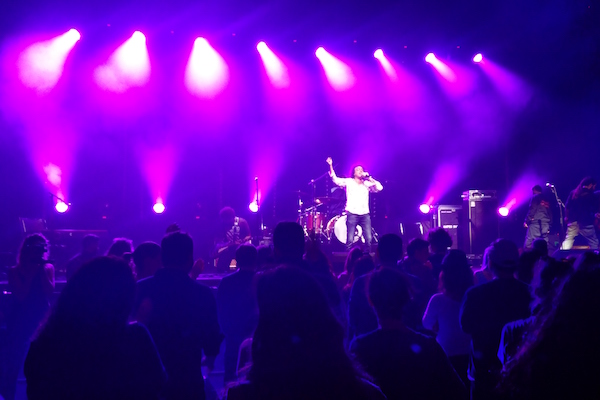 Over a thousand people joined dozens of human rights organizations in Tel Aviv’s port Friday afternoon in order to send a message that silencing, shaming and blacklisting Israelis who oppose — and speak out against — the occupation of the Palestinian territories will not work.

“Blacklist” was billed as a combination of a show of resilience and solidarity among the organizations threatened by the right-wing campaigns, as well as a celebration of what they do. Among the performers were Mira Awad, Dror Feuer, Leora Rivlin, Rebecca Michaeli, Za’aluk, and dozens of others. 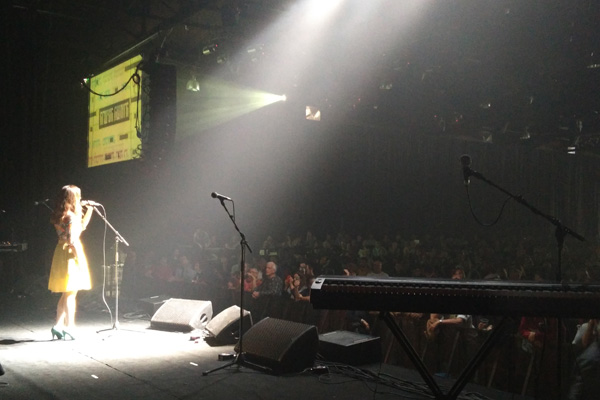 But before the fun started, the heads of five leading human rights groups in Israel-Palestine spoke about efforts to silence and delegitimize them and their organizations, and the Israeli government’s increasing reliance on legal measures to undermine human rights groups and activists.

The steps being taken against anti-occupation groups “[are] the result of the Israeli government’s inability to offer a political solution to the security situation, the economic recession, and the growing international criticism of the occupation,” explained Yuli Novak, director of anti-occupation group Breaking the Silence, which collects testimonies from soldiers who have served in the occupied territories.

“The concept of transparency is being misused in order to undermine our work,” said Tania Hary, executive director of Gisha, an organization that promotes freedom of movement for Palestinians, primarily in Gaza.

Ironically, Hary noted, senior Israeli security officials are in agreement with human rights groups that improving human rights conditions for Palestinians is a matter of Israeli security. “So the fact that we’re being labeled somehow as ‘foreign agents’ is very misleading.”

Jafar Farah, executive director of Mossawa — The Advocacy Center for Arab Citizens in Israel, noted that Israeli authorities have taken even harsher steps against Palestinian civil society organizations for decades, but particularly in recent months when they outlawed the Islamic Movement.

Meanwhile, outside, a single counter-protester greeted attendees filtering into the event, holding a placard with the words “moles” and “traitors” above a list of the human rights and anti-occupation organizations hosting the event.

The winking irony of the event’s title, “Blacklist,” seemed to have been lost on her.