Israel at once discriminates against Palestinian citizens of the state while trotting out their limited “rights” as proof positive of our “vibrant democracy.” Ben White’s latest book, Palestinians in Israel: Segregation, Discrimination, and Democracy, is a response to this farce.

Palestinians in Israel is a short but compelling read that teases out the tensions inherent in a “Jewish and democratic” state by revealing the multitude of ways Israel has historically treated and continues to treat its Palestinian minority as second-class citizens.

In the first chapter–which is titled “Jewish and Democratic?”, revealing one of the central themes of the book–White writes:

White also points out, “…for each Jewish student, schools have a budget of around US$ 1,100 a year. For each Palestinian child, however, the figure was just US$ 191: almost six times smaller.”

The book also includes bits of history that escape the attention of the media, which often neglects to ground current events in their broader context, such as the fact that Palestinian citizens of the state lived under a military regime until 1966 and that this same military regime continued to expel Palestinians long after the 1948 war had ended. “At least 2,000 Palestinians were ‘transferred’ to Gaza in 1950,” White writes, “while according to a Foreign Ministry report, during 1949-53 Israel expelled almost 17,000 Bedouin Palestinians from the Negev.” Most journalists depict the demolitions of Bedouin homes as a relatively new phenomenon, but White points out that more than 500 Bedouin homes were destroyed between June 1988 and May 1990; over 2000 were demolished from 1993 to 1996; and more than 600 between 2001 and 2008. The chapter titled “Land Regime” is an extensive discussion of how Palestinians’ dispossession continued long after the nakba and, indeed, continues today. 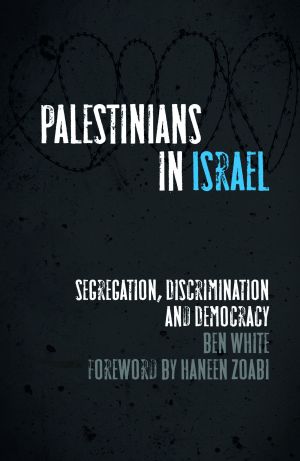 Ben White’s Palestinians in Israel (courtesy of the author)

Palestinians in Israel is a must read for anyone who is unfamiliar with the systematic and institutionalized discrimination that Palestinians face inside of Israel. For those already familiar with the subject, White’s book helps reframe the issue of Palestinian rights by using their lack thereof as a premise to question whether or not Israel is, indeed, a democracy—a question that is gaining traction both inside of Israel and abroad.

The arguments White makes here are so deeply researched that they are almost unassailable. Which is why, I suppose, detractors had to resort to name-calling. White faced accusations of anti-Semitism after this book came out. Having read it, I didn’t see any grounds for the charge. What I did see, however, was a lot of uncomfortable truths that Israeli Jews and those who support the Zionist project—as Interior Minister Eli Yishai likes to call it—must face.

But, as is often the case in life and art, in its strength lies its weakness. All the research, for me, turned out to be a bit of a double-edged sword. Palestinians in Israel is so grounded in reports from various NGOs and experts and journalists and facts and numbers that it sometimes loses sight of the issue at hand—namely, the Palestinians in Israel.

White has spent a significant amount of time in Israel/Palestine and has strong ties to the Palestinian community. So I found myself wondering why there was so little original reporting in this book. There are only a handful of interviews included and most are culled from other resources. That’s not to say that the personal stories of Palestinian citizens of Israel should have replaced the research White included. Rather, they would have helped to illustrate White’s points, making them more vivid and memorable, breathing life into what is, now, a decidedly academic text. An excellent example of a book that blends a tremendous amount of research with extensive, original reporting is Arthur Neslen’s In Your Eyes a Sandstorm: Ways of Being Palestinian.

It’s a question of balance and Palestinians in Israel is at its best when White offers his own analysis rather than quoting others, when he  uses his skills as a sensitive interviewer who knows the issues and cares about the people who struggle with them. The short interview with Janan Abdu, wife of Palestinian political prisoner Ameer Makhoul, for example, seared my eyes. She speaks to White so earnestly about the difficulties she and her daughters face without their husband and father.

My qualm is small, however, and it’s partly a matter of personal taste. But, to argue against myself, the statistics about discrimination against Palestinian citizens of Israel are already out there and yet the world still sits on its hands. Maybe it’s moments like the one that the reader gets to share with Abdu—delivered by White’s steady, able hand—that have the potential to affect real change.