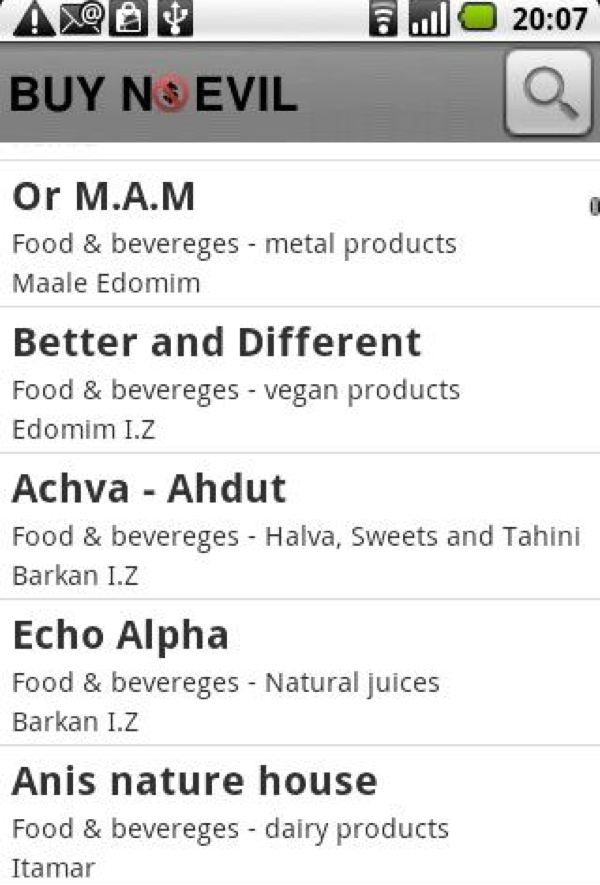 As everyone knows, the “settlement freeze” – the Netanyahu’s government lame attempt at showing seriousness on the peace process – will expire tomorrow (26 September). There is, however, another way of reminding the settlers they are illegitimate – by boycotting their produce.

In the 1980s, an old leftist sneer was that the “entire agriculture of the settlements could be placed under the roof of one mall.” That is certainly no longer the case. As the settlers embraced the ethos of blood and land, a sizeable number of them decided against keeping their settlements as a bedroom community while working elsewhere (or in the settler councils’ bloated public sector), but rather create their own organic agricultural produce.

This has lately become one of the main tactics of the settler’s propaganda campaign: look, they say, we have boutique wineries, gourmet goat cheese and free range eggs. This same freedom of movement does not extend to the Palestinians, whose land was stolen – err, sorry, “impounded for security reasons” – but in the increasingly a-political atmosphere of Israel fewer and fewer people care.

The one thing the settlers are afraid of is a boycott. They need this money. According to this American Public Radio report, organic produce is a $290 million industry for the settlement movement. When the Palestinian government started an official boycott, the screeches from the settlements pierced the heavens. There were demands to prevent Palestinian products from reaching Israeli ports (the only way Palestinians can export their produce). When Gush Shalom republished their list of settlement produce, the settlers were so worried, they went for the nuclear option.

The Knesset is considering a bill (Hebrew)  which will make it illegal to for an Israeli citizen to boycott the settlements and their produce. Should it become law, the bill will be will be enforced retroactively: it will allow any settler to sue any Israeli who “encouraged or provided information for a boycott” up to one year before the bill went into effect. The settler-boycott activist stands to be fined 30,000 shekels without need for the settler to prove damages. This bill is intended to frighten Israelis who oppose the settler movement.

So we can safely assume the boycott hurts the settlers. Which is as it should be. And, nowadays, you can find the necessary information at your fingertips: the good people of Activismos (led by my good friend Itamar Sha’altiel) have introduced us today to the Buy No Evil app. It’s an Android app, which can be downloaded for free from Google’s Market, and it contains all the information you need to identify a settlement product. Download it now, before it becomes illegal!