Seventeen structures, including a school and a bathroom facility, were demolished by the army this morning in Al-Daqeqa, a Palestinian village in the South Hebron Hills. The Civil Administration of the IDF carried out the demolitions, citing that the structures were illegally built. A few weeks ago the Civil Administration carried out a similar operation in the area when it destroyed 11 water cisterns last month. 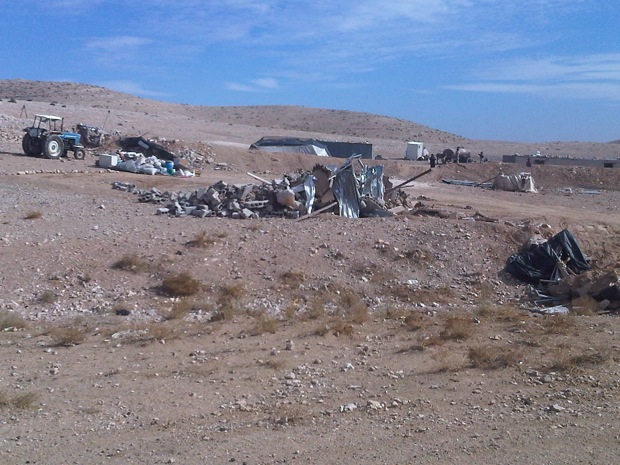 Rabbis for Human Rights is reporting that the residents are in the midst of a planning process for the village in which much time and money has been invested so as to improve their livelihoods. The destruction of their homes sets their plans back years and leaves them homeless and helpless in the face of cold winter nights. Some of the villagers tried to resist and it has been reported that four were arrested.

This area of the West Bank is in Area C, under full Israeli control, and from Israel’s actions it is clearly a region that it wants to keep under its hold permanently. However it is also important to note that this village is very isolated, and you need to drive on a dirt road several kilometers to get to it. But politics aside, this is also a basic issue of humanity. What is Israel thinking taking away people’s homes, schools and water supplies? How can it legitimize such actions? Where is the international community? As opposed to East Jerusalem, the South Hebron Hills gets no local or international media attention. 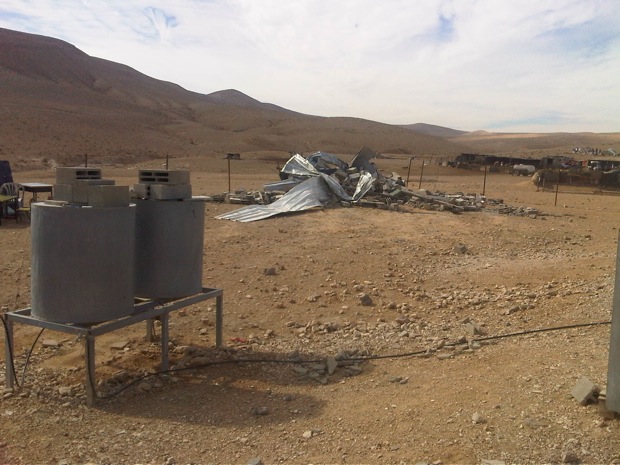 The army’s reasoning of illegal construction is not a valid argument because A) Israel has a policy of preventing Palestinian construction all over Area C of the West Bank and in East Jerusalem, in the interest of maintaining and increasing Jewish presence. B) Israel has not destroyed many structures that the courts have ruled were  illegally built. One of the most conspicuous examples is Beit Yonatan in Silwan. But there are others, including the many outposts strewn along hilltops throughout the West Bank, such as Mitzpeh Yair, and Yuval. In the case of Yuval, just today it was reported in Israeli news that two structures built illegally by Jews there are slated to be demolished. However, the security establishment has asked the Prime Minister to excuse these two structures from being demolished because they belong to widows of Israeli soldiers who fell in Israel’s wars in Gaza and Lebanon. Peace Now has appealed to the court, arguing that these structures must be demolished by law.

Some of the villagers from Al-Daqeqa have filed an appeal with the Supreme Court citing lack of good faith and violation of basic human rights and justice. 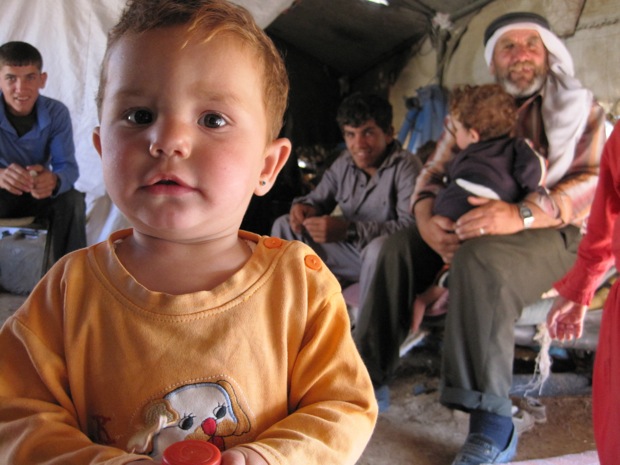