al-Walaje, occupied West Bank – A group of about 30 international, Palestinian and Israeli demonstrators demonstrated in front of Israeli construction equipment Sunday morning, in an effort to prevent the uprooting of olive trees to make way for the continued construction of the separate wall that is to surround this village located just south of Jerusalem. 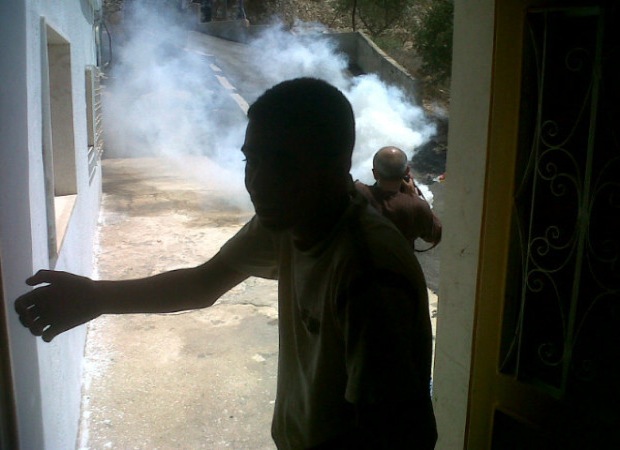 Within 10 minutes of the start of the demonstrations, 1 Palestinian, 2 Internationals and 3 Israelis were arrested. Israeli protestors then negotiated with the army commander for their release. The commander responded to one Israeli by saying: “I’m keeping you here as long as I can so that one rock is thrown and then I can fuck up the village.”

As soon as he said that, one Palestinian from the village who was not part of the protest, started throwing stones, at which point the Israeli soldiers invaded the village, using tear gas. The nonviolent protestors pleaded with the Palestinians to stop throwing stones, but to no avail – they then decided to call off their nonviolent demonstration and sought refuge from the tear gas.

I’m dictating this from inside a Palestinian house with other international reporters, as tear gas is being shot into the house.

As soon as nonviolent demonstrators left, IDF soldiers took over positions in the village and began shooting tear gas as well as what some Israeli demonstrators claim is live ammunition. At this point, Mertz party council member Mossi Raz is trying to reach the West Bank southern commander for confirmation that live ammunition is being fired.

As this was being dictated the army has blocked the exit to the village and is arresting the internationals trying to leave. (12:21pm local time)

Walaje is normally a quiet village known for non-violent demonstrations, which started two years ago in connection with construction of the separation wall there, which is slated to encircle the entire village. 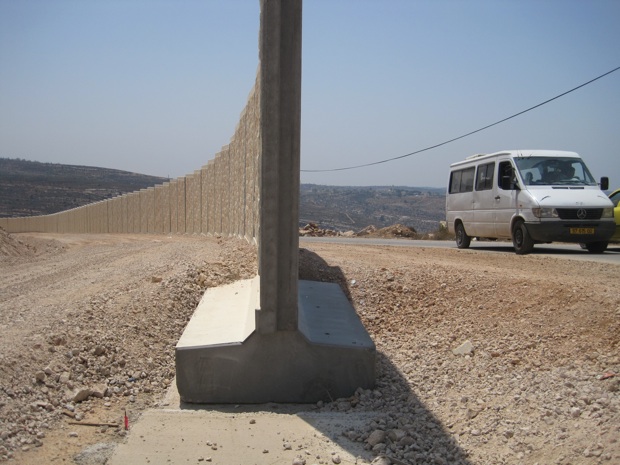 Report as dictated to, and with contributions by, Mairav Zonszein.