More and more people are stuck with each other in this world, even as rejectionists pretend — if only for a minute or two — that we’re not. 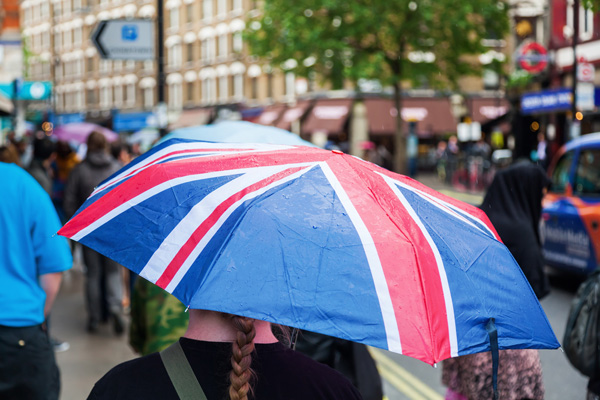 I wasn’t much of a political junky as a kid, and I was certainly no wunderkind at foreign relations. The Cold War was a fact of life, as solid as the skyscrapers of New York. The world was divided by ideologies of life or death — the bad guys threatened to take over, “and that’s the way it is.”

The war just ended one day when I was 17. Peace was suddenly a real possibility, not just an abstraction in my mind, and right away it felt far superior to both hot and cold wars.

Soon to follow was the belief that exposure to people who are different is healthy and leads to discovery of human similarities. This might seem natural for someone growing up in the big city. It was not. Violent crime rode on the backs of constant class and racial rage. Stereotyping and self-segregation were an easy recourse even in a city as diverse as New York, and many took it. My dreamy ideals about people knowing, appreciating and learning from each other earned me little more than condescension, or painful derision.

But when the wall fell, I saw things differently; maybe I felt vindicated before I truly knew the word. This new world became a place I was excited to enter, having learned that huge things could change — for the better.

An experiment in openness

I entered university just in time to have those early days of post-Cold War euphoria blasted by ethno-nationalist hell: Yugoslavia, Rwanda, post-Soviet wars and bitter racial violence in the U.S. My professors told us that nationalism, stifled for a short century, was rearing its bloody head.

It was no time for illusions or cockeyed optimism. The only conclusion to reach, we were told, was that human beings contain a great and a terrible instinct to hurt each other.

Yet how to explain, I wondered, the equally powerful human urge to do good, to be kind, to cooperate, to connect? Are these less important? Children can make friends before they even share a language. Adults fall in love. And countries cease to be at war. The dueling urges to draw boundaries and break them is the contradiction that defines humanity.

In that confusing decade of the the 1990s, the Oslo process gave great hope to Israel and Palestine, and Jordan ceased to be an enemy overnight. Northern Ireland reached an agreement, Bosnia ended with a problematic accord, but one which has made people safer for over 20 years.

Europe, the theater of a war that cast its pall over all of Western identity, and certainly mine as a Jew, became a great peacemaker too. From its early stultifying bureaucratic incarnations in the 1950s, it emerged in the 90s as an experiment of openness.

One again, no illusions. The clashes between even European immigrants and national identities inside Europe have been fraught, never mind the challenges of non-European migrants. The quest for a political system that both preserves identity and welcomes others as equal human beings – to define boundaries and break them – is not simple, and it never ends.

But I truly believed that this was the right quest. It was the struggle for a complicated but more honest world. My own encounters with societies very foreign to me made me realize no cultural identity is truly pure – we are all mongrels – nor even totally unique.

Now the majority of British voters disagree. They want their identity unadultered, and their economic pressures became mainly a proxy for saying so. When the results came in I was horrified. In part because I disagree with the voters, but perhaps more because of the nagging question: who am I to say they’re wrong?

Maybe I’m wrong about all this glorification of human interaction. Maybe the more people know each other the more they blame, resent, demonize, hate and ultimately divorce. The Kosovar Albanian activist and political leader Albin Kurti once told me: “We did not go to war with the Serbs because we didn’t know them well enough.”

Maybe the vote will empower Trump supporters to elect him in November, and he’ll end America as we know it: a country whose celebration of cultural difference and civic equality have made it great, especially when it edges closer to that distant ideal. Maybe Trump will reconstitute the U.S. as a land of white male superiority and female “10s” and damn the whiners.

Then what? Do we keep subdividing until each society is homogenous and we never have to see one another? Who is foolish enough to believe that a monochrome people wouldn’t invent differences and kill each other over them?

Anyway, such a nation won’t appear any time soon. Global migration is at a historic high. We actually don’t have a choice but to keep searching for ways to live “better together,” since no country has got it quite right yet. Brexit was bad because it delayed the inevitable.

But cosmopolitan diversity isn’t just a harsh inevitability – it may also be contagious. London, one of the most colorful cities in the world voted firmly to stay in Europe (and best of all, Boris Johnson was jeered there). That’s a ringing endorsement of difference. It is no accident that urban areas in the U.S. vote Democrat by wide margins, or that Trump’s support comes mainly from non-urban populations, where people look much more alike. And no New Yorker is more snooty or downright fanatic about the city than those who moved from somewhere smaller. Apparently diversity wins people over to itself.

Why does this matter for Israel and Palestine? When relentless Israeli expansion began to obliterate the space left for two states, I feared the worst. But as those changes drove a post-two-state reality, I slowly realized what I must have been resisting: that the hermetic separation paradigm never matched my values very comfortably anyway. It entrenches “otherness” — a kitschy slogan I’ve been fed up with for ages. It encourages nationalist tribalism and stamps out healthy, humanizing interaction. That is why I now advocate a position of two confederated states, which respects the existence of two national identities but which is rooted in policies of openness, interaction, and embraces mutual dependency.

My colleagues and I commonly point to Europe as a way people can be separate and together; preserving borders but breathing easier, with built-in mobility and opportunity.

The British vote says that maybe the whole damn effort is misguided. Maybe in the true clash of civilizations, between the tribalists and the universalists, the tribalists have won. The vote brought back dark visions of the world that I thought were long gone, and some darker ones too.

Now, a few days later, I think that precisely because of those fearsome scenarios, Brexit teaches that we must reject tribalist nationalism. George Monbiot of The Guardian wrote on Twitter: “All we can now do is to find ways of using this situation to advance progressive causes, unpromising at it might first seem.” He’s right: the urgent task now is to balance the vote by doubling down on efforts to make a tossed salad world work better; we must strengthen alliances to solve conflict, and reject political divorce as the default solution.

Just as Israelis and Palestinians are stuck together inextricably, more and more people are stuck with each other in this world even if rejectionists pretend, if only for a minute longer, that we’re not.

We might as well celebrate it. The thrill of unfamiliarity, excitement of contrasts and comparison, and celebration of creative tension are no less sweeping emotions than cynical fearmongering.