The Israeli political system and the media were thrown into a frenzy by the unprecedented announcement that the early elections will be postponed following a coalition deal between Kadima – formerly known as the opposition – and Likud. Everyone is spitting mad: the talking heads have been cheated out of their favorite game; newbie Yair Lapid is like a child who was pushed out of the sandbox; Labor was basking in poll numbers that had it slated for second place, and is now left dazed and confused. The far-right faction of Likud has to get into bed with Kadima, which most Israelis view as a centrist party tilting slightly left.

The morning media conversations obsessed about what a horrible move this was, perhaps anti-democratic, a dirty trick (“nauseating” was a favored description) and, insisted one veteran Knesset television reporter, it tramples the will of the people.

There are actually various reasons why this probably a good thing – or at least no worse than the (now counterfactual) potential results of an election.

1. The main towering advantage of postponing the elections until late 2013 is that it ensures only another year and a half of one of the worst governments Israel has ever had – a government that drove hundreds of thousands to the streets in economic desperation, pushed the Israeli-Palestinian conflict past the point of no return, and explicitly set out to mutilate Israel’s democratic process and what remained of its democratic character. If elections were held in four months, all polls bar none showed a resounding Likud victory, the same majority for the right-wing bloc, and ergo – probably a very similar government for another four years. Whatever terrible damage a super-sized coalition majority can do – it’s better to have this for 18 months, than for up to four more years.

2. The elections were designed to usurp another social protest, with the one-year anniversary coming up. I don’t know what kind of showing the public will or won’t make – but now there can be no excuse that the elections are a replacement for protest. Further, the social protesters made colorful headlines but bad politicians. After nearly a year, not a single grassroots party has emerged fully-baked for elections, unless one counts silver-spoon Yair Lapid. Truly new political formations apparently need the extra year and a half to organize.

3. With apologies to all the commentators who see themselves as valiant voices of the public, I didn’t need recent surveys to tell me that the majority (62 percent in a Channel 2 survey just last week – Hebrew) didn’t want elections. The social protesters, to my dismay, were not revolutionaries: they clung to Netanyahu for his full-on go-nowhere status quo approach on the conflict, and just needed him to move over a little to the left on social-economic issues, because in their minds, well-being and the conflict are completely unrelated. It’s hard to see how the deal is anti-democratic, with the two largest parties in the Knesset leading the country (however much I personally dislike them). Kadima’s low poll scores should not be confused with the 2009 election results.

4. Labor now has the chance to show if it’s made of anything – by reviving the phantom opposition. I admit that I’ve been skeptical of new party leader Shelly Yacimovich; while she has branded herself successfully as an active parliamentarian on social/economic themes, I think anyone who doesn’t keep the Israeli-Palestinian conflict front and center on the Israeli priorities is doing a historical disservice to the country, its people and the region. Tzipi Livni was a profound disappointment as opposition leader. Not only was she complicit in the government’s ruinous behavior by her silence, but under her leadership, the party initiated some of the worst anti-democratic legislation. For three years, Israel has had no opposition; Labor is now positioned to revive the concept.

5. Iran: Some of my colleagues think that this is a launching platform for a strike on Iran. I don’t agree – Netanyahu had all the platform he needed in Israel before this too, and if anything, Mofaz has been cautious about the Iran strike. (Although why believe anything he says anymore? He also called Netanyahu a flat-out liar and said he would never go into a coalition with him.) The point is, sadly, I don’t think the prospects are changed. Israel will have to come to its senses with or without the kumbaya coalition.

There are alas many dangers and outrages involved in this development too. I’ll bet anything the new government will continue to authorize settlement expansion, and legalize unlawful West Bank neighborhoods slated for evacuation. Further, I loathe the feeling of a male takeover: Livni out, Kadima in, Shelly snuffed out, and not to mention that the whole deal was facilitated by the prime minister’s crony Natan Eshel, who recently left office in the wake of a sexual harassment scandal.

But this government’s days are limited.

emailemail
Before you go…
A lot of work goes into creating articles like the one you just read. +972 Magazine is nonprofit journalism, owned by many of our writers, editors, and journalists. In order to safeguard that independent voice, we are proud to count you, our readers, as our most important supporters. With your support, we can keep +972 Magazine a strong, independent, and sustainable force helping push the global discourse on Israel/Palestine.
DONATE
More About social protest 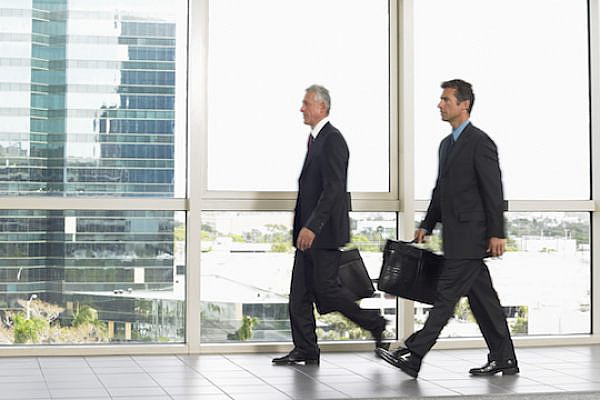 Kicking the neoliberal habit
After the 2008 global financial crisis, some of Israel’s neo-liberal fundamentalists sobered up from capitalist dogmatism and became ‘social.’ This led them to discovering Scandinavia, and lately they have been busy marketing a biased and union-free capitalist version of the ‘Nordic Model’ in Israel as well. By Yossi Dahan (Translated from Hebrew by Orna Meir-Stacey,  Edited by…
By Haokets April 12, 2014 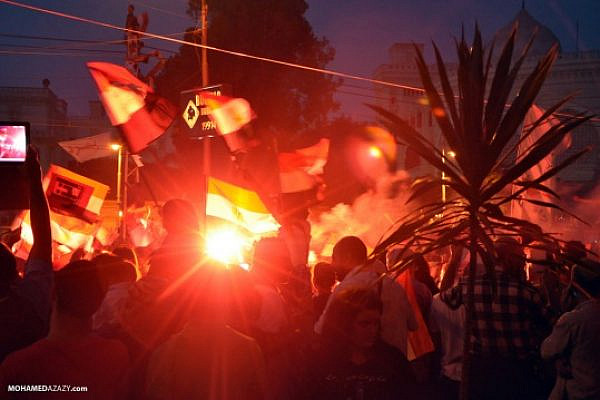 Between admiration and cynicism: Mixed opinions of the Egyptian revolution in Israel
While many Israeli media reports praise the crowds who led (to) the overthrow of Mohammed Morsi, conservative writers continue to view the Arab Spring with skepticism | The common view is that the regional turmoil relieves some of the pressure on Israel over the Palestinian issue. In the morning following the overthrow of Egypt’s Mohammed…
By Noam Sheizaf July 4, 2013