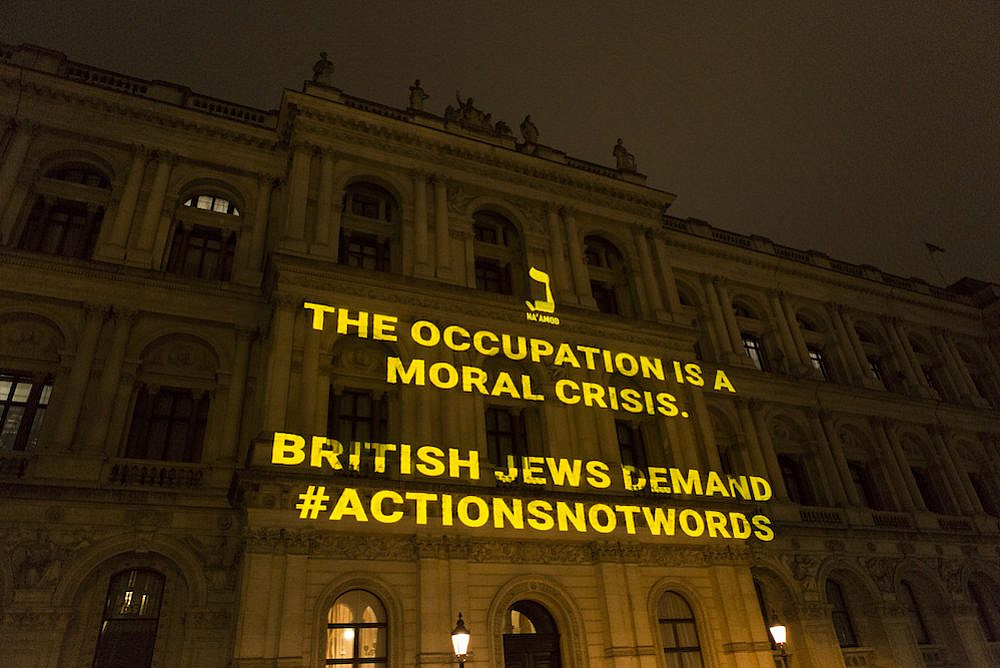 Last Wednesday night, the British-Jewish anti-occupation collective Na’amod — of which we are members — projected several images onto the buildings of three institutions across London: the Board of Deputies of British Jews, Britain’s Foreign and Commonwealth Office, and the Jewish National Fund UK.

Our statement across these three sites was clear: the Israeli occupation of Palestine is a moral crisis that British Jews must oppose, and must do so with action, not just words.

In recent months, members of the British-Jewish diaspora have published a welcome and heartening series of letters calling upon Netanyahu’s government to end its annexation plans, and for our communal representatives to condemn annexation. Many of the signatories do not often issue such public condemnations of Israeli actions.

Our campaign, however, emphasizes that annexation is not the real problem, nor is it a surprising development. Rather, it is the logical conclusion of state-sponsored settlement expansion and indefinite military control of the Palestinian territories. Until the occupation itself has ended, the threat of annexation will always linger.

Last week’s action reflected Na’amod’s call for British Jews to go beyond mere words of warning. We are urging material consequences not just for Israel’s planned annexation of settlement blocs and the Jordan Valley, but for the brutal regime that laid its foundation in the first place. 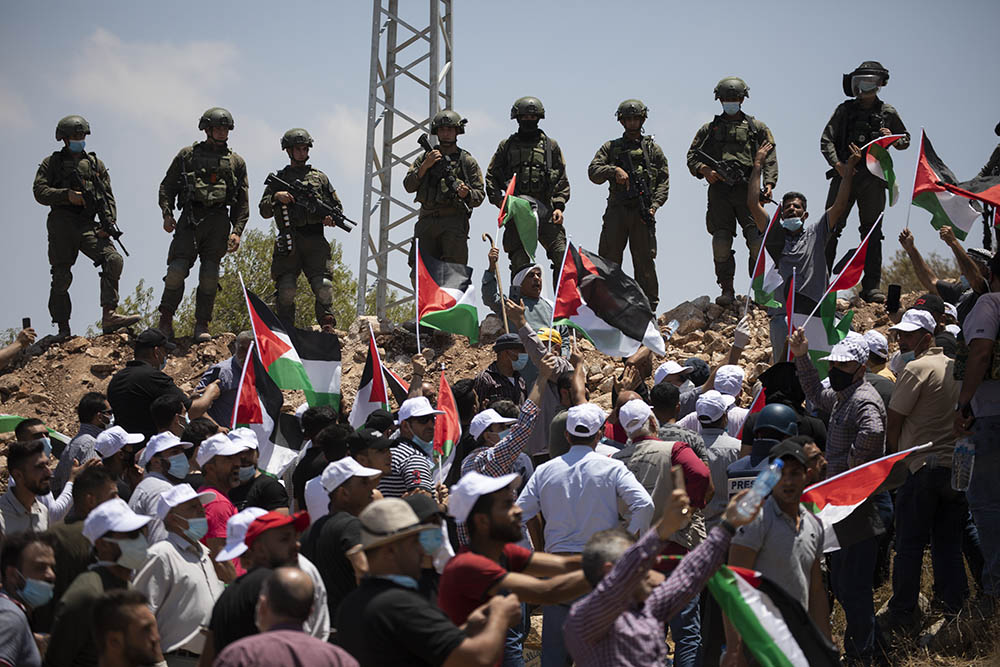 Palestinians protest against the establishment of a new Israeli settlement outpost near the town of Asira a-Shamaliya in the northern West Bank, July 10, 2020. (Oren Ziv/Activestills)

We have posed specific demands to our community: for Jewish institutions to disaffiliate from the pro-annexation Zionist Federation; for all philanthropy to go to charities opposed to annexation; and for our community to end its uncritical relationship with Israeli officials.

In Na’amod’s view, the mainstream British-Jewish leadership is failing us. One of our targets, the Board of Deputies, is our chief representative body. After committing not to “take sides” on annexation, the Board’s President broke ranks to reject the Labour Party’s proposed ban on illegal settlement products. By dissuading politicians from pursuing concrete consequences for annexation, the Board is promoting a culture of impunity for Israel.

This was hardly the first time the Board has undermined accountability. Earlier this year, the Board slammed a UN database of businesses operating in West Bank settlements as “prejudice” and a “sham,” even extending its sympathies to corporations profiting from Israel’s illegal presence.

Human rights organizations including Adalah, Human Rights Watch, and Yesh Din have consistently warned about impunity within Israel, with B’Tselem director Hagai El-Ad recently highlighting the need for international actors to hold Israel accountable. The Board’s renouncing of opposition to annexation is therefore not an act of neutrality, but of complicity.

Na’amod also sent a petition to the British Foreign Office last month amassing over 1,800 signatures rejecting the incoming, pro-annexation Israeli ambassador to the UK, Tzipi Hotovely. Like the Board, the British government responds to Israel’s expropriation and settlement of Palestinian land with repetitive and almost automated statements, sometimes “condemning” Israeli actions and other times expressing “deep concern.” 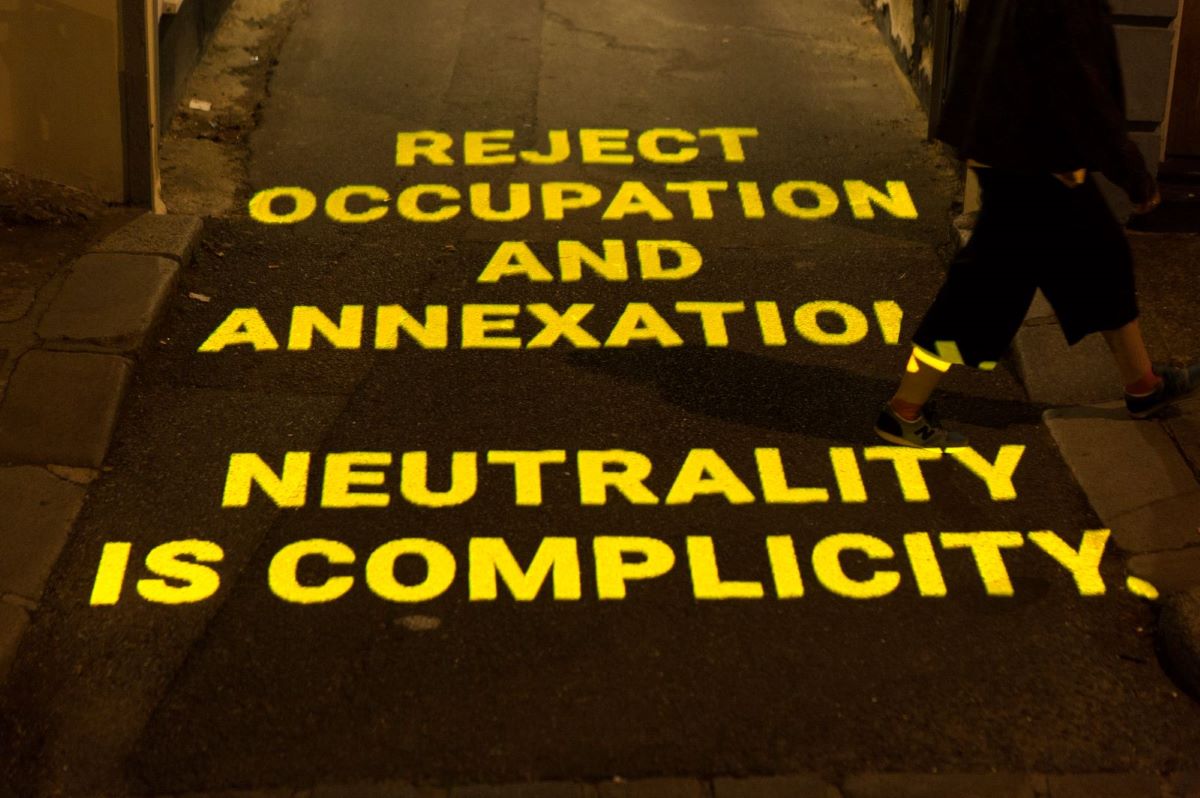 We demand more than this lackluster lip-service: as a major ally of Israel, Britain carries significant influence and has the opportunity to propose material consequences, not just for annexation, but for the occupation too.

Our targeting of the JNF UK was also critical as an organization that has euphemistically defended annexation as an issue for Israel’s citizens to “determine,” and for diaspora Jews to remain silent about. Yet the JNF UK’s failures go beyond its response to annexation.

Although the UK entity has been formally independent since 1999, its Israeli counterpart, the JNF-KKL, has just won its three-decade court battle to evict the Sumarin family from their East Jerusalem home in Silwan through the weaponization of the Absentees’ Property Law. Turning a blind eye to oppressive Israeli lawfare, the JNF UK commented that they respect “the decision of the Israeli courts.”

This reprehensible position sadly symbolizes much of the British diaspora’s unquestioning support for injustice in Israel-Palestine. But as British Jews, we have a responsibility to act.

Whether we like it or not, the occupation is upheld at least in part in our name. We need to say loudly and clearly that any role our community plays in supporting the occupation is complicit in protecting a regime of racial oppression and brutal violence. Freedom, equality, and justice for all are Jewish values that we must fight to protect.

While we welcome the delay of formal annexation, we must not lose sight of the fact — as Palestinians do not have the luxury to do — that the occupation’s oppressive systems are in no way weakened. Silence in the face of the abhorrent infringement of Palestinian rights is by no means an exceptional policy, but is in fact our representatives’ default position. As the future of the British Jewish community, we reject the moral crisis of occupation, and if our representatives will not speak for us, we will speak for ourselves.

Daniel Lubin is an English Literature graduate and organiser with Na'amod: British Jews Against Occupation. He was a recent participant on the Achvat Amim program. Twitter: @DaniLubin

Zac Lewis is a History and Politics graduate organizing with Na’amod: British Jews Against Occupation. He was previously a Peace Advocacy Fellow with the Balfour Project in London.

Before you go…
A lot of work goes into creating articles like the one you just read. +972 Magazine is nonprofit journalism, owned by many of our writers, editors, and journalists. In order to safeguard that independent voice, we are proud to count you, our readers, as our most important supporters. With your support, we can keep +972 Magazine a strong, independent, and sustainable force helping push the global discourse on Israel/Palestine.
DONATE
More About British Jews 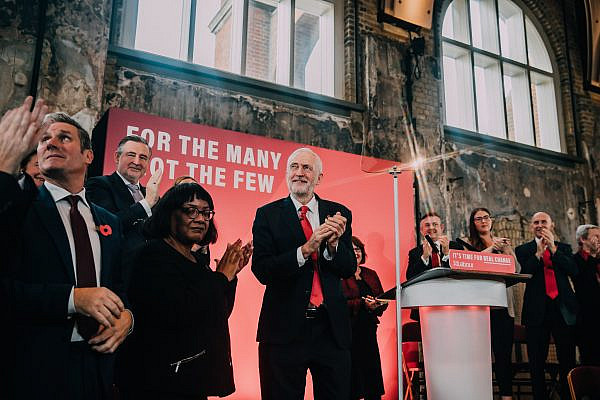 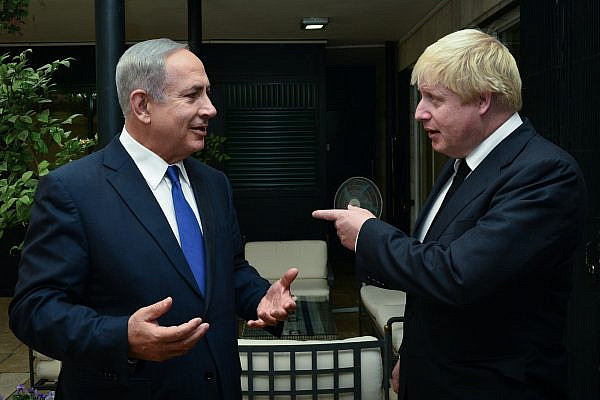 The Labour Party lost, but a new left is emerging in the UK
The grassroots movement supporting Corbyn's party in last week's election, which includes progressive Jews, didn't get the full attention it deserves.
By Dana Mills December 17, 2019 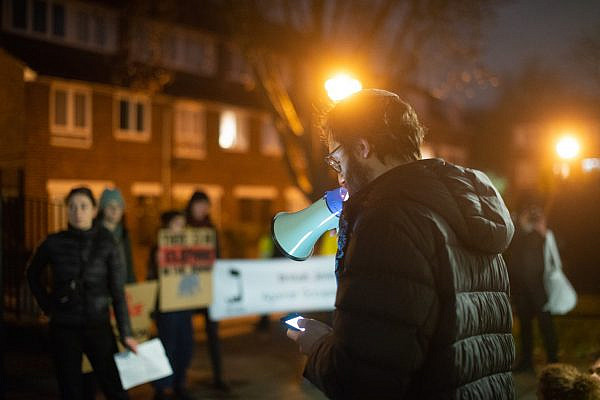 Hurt and hope: For left-wing British Jews, UK election is a moment of reckoning
With the U.K. at its most divided in living memory, progressive British Jews are facing a choice between a socialist Labour Party beset by anti-Semitism scandals and a Conservative Party empowering the far right, while battling communal divisions over political allegiances.
By Mia Rafalowicz-Campbell and Leeor Ohayon December 9, 2019