Following a written assault against B’Tselem in Commentary Magazine, accusing it of being a “wolf in sheep’s clothing,” B’Tselem press officer Sarit Michaeli refutes his arguments point by point, showing that B’Tselem is widely regarded as essential to Israeli society

There is an inherent contradiction in smear attacks such as Noah Pollak’s tirade against B’Tselem in the pages of Commentary. On the one hand Mr. Pollak would like to convince his readers that the world-respected B’Tselem – the Israeli Information Centre for Human Rights in the Occupied Territories – is an insignificant and alien fringe group in Israel. But this contradicts with the claim that the same B’Tselem is an awesome force, one that can almost singlehandedly trick Justice Goldstone into authoring a bogus report and that poses a mortal danger to Israel’s mere existence. Commentary’s website went even further, labeling B’Tselem: “The world’s most destructive anti-Israel organization.”

The truth is that B’Tselem’s limited, yet not negligible, strength stems precisely from the fact that the organization, its operations and its rationale are intrinsically Israeli. Certainly we are more Israeli than Americans who command us to march in lockstep with our government, while maintaining a healthy skepticism towards their own leaders. B’Tselem and the moral debate we stoke over our country’s human rights record are an inherent part of Israel’s culture, history and psyche. In that sense B’Tselem is as Israeli as felafel, although just like our national dish, it is not always easy to stomach.

Mr. Pollak’s article relies on irresponsible and manipulative paraphrasing of statements by B’Tselem and people affiliated with it, many twisted beyond recognition to advance re-hashed attacks, the most contemptible being the patently false accusation that B’Tselem tolerates, even supports Palestinian violence against Israelis. There is not much new in this laundry list of accusations, nor does the article contain revelations not already “exposed” by those Google warriors who trawl the internet for “damning” material against any critical Israeli voice.

But the practice of unearthing supposedly unflattering evidence to discredit dissent is half the picture. The other half is the conscious choice to obscure and hide information that contradict Mr. Pollak’s false thesis. How would readers respond to the fact that B’Tselem consistently denounces Palestinian suicide bombings and rocket attacks as war crimes? That it demands Hamas release unconditionally Israeli soldier Gilad Shalit? Or that it publicly criticized aspects of the Goldstone report? How can Pollak’s theory hold up to the fact that the Israeli Army’s Military Advocate General, Major General Avichai Mandelblit, went on record to say that “B’Tselem strives for the truth” and that the organization assisted the military in its investigations? Or to the fact that B’Tselem’s staff routinely meet with command and legal echelons of the military?

It is no coincidence that this article which is outraged at the fact that B’Tselem dares voice criticism is based almost purely on English language sources. Hebrew readers and speakers who experience Israeli society firsthand are exposed to extensive internal criticism of Israel’s settlement policy and treatment of the Palestinians. Our newspapers, radio shows, internet and blogosphere, even our most popular comedy show, Eretz Nehederet, regularly ily criticize aspects of our government’s policies. Many mainstream Israeli commentators who fear our growing isolation and our country’s plummeting international position point the blame not at whistleblowers such as B’Tselem, but rather at our collective greed for Palestinian land, which has led to half a million Israelis living in the West Bank and East Jerusalem, as prospects for a viable Palestinian state are trickling away.

The truth is, our society is much more diverse, and public argument and dissent far more common, than what any self-appointed Israeli government apologists would have the world think. The diversity and vitality of Israeli democracy and public debate should be celebrated rather than stifled. B’Tselem is certainly far from popular in our country – show me a truly self-critical human rights defender who wins popularity contests. But even at this polarized and extreme period in Israeli history we proudly boast a public council comprised of some of the most notable Israelis this country has produced. David Grossman, Amos Oz, Chava Alberstein, Gila Almagor, Prof. Mordechai Kremnitzer, Ruth Dayan, Alice Shalvi and Rabbi David Rosen, among many others, have publicly stood by us and pledged their support for B’Tselem and its work. B’Tselem is proud of its current and former board members, Jews and Arabs, both those maligned by Mr. Pollak for their opinions and public activism as well as those obscured by him, probably because their opinions don’t serve his “wolf in sheep’s clothing” thesis. With all of their support, B’Tselem will continue to be a proud and critical voice in Israeli society.

The writer is a press officer at B’Tselem. This response was originally published in Commentary.

Get Our Weekly Newsletter
Before you go…
A lot of work goes into creating articles like the one you just read. +972 Magazine is nonprofit journalism, owned by many of our writers, editors, and journalists. In order to safeguard that independent voice, we are proud to count you, our readers, as our most important supporters. With your support, we can keep +972 Magazine a strong, independent, and sustainable force helping push the global discourse on Israel/Palestine.
DONATE
More About richard goldstone 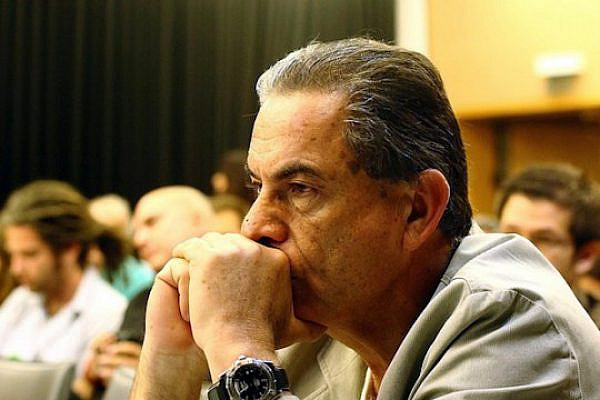 Dissent in Israel: On the margins, yes, in the mainstream, no
Regarding the controversy over Mairav Zonszein’s ‘New York Times’ op-ed: An ongoing climate of fear and suspicion is not conducive to ‘vibrant democracy.’ It is unfriendly to left-wing protest over security matters.    Since my colleague Mairav Zonszein published her ballbuster op-ed “How Israel Silences Dissent” in the New York Times several days ago, there’s…
By Larry Derfner October 2, 2014 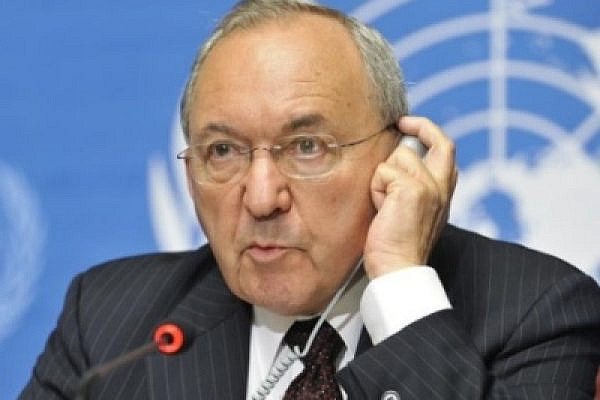 Judge Goldstone presides: Apartheid vs. State of Israel
Racked by guilt for having exposed a modicum of the truth regarding Israel’s policies towards the Palestinians, Judge Richard Goldstone does an about-face and becomes a spokesperson for the Israeli right wing. Is Goldstone the new Benny Morris? By Omar Rahman and Abir Kopty Richard Goldstone could give those guys at AIPAC a run for…
By Omar H. Rahman November 3, 2011 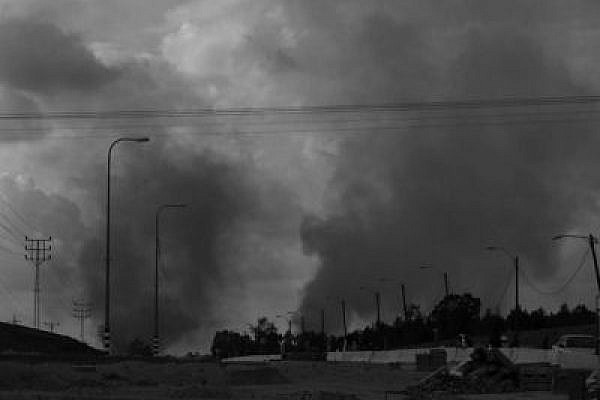 Goldstone op-ed misrepresented but also misleading
By Jerry Haber It is the unfortunate fate of Judge Richard Goldstone to be condemned and praised for what he doesn’t write. The responses to his op-ed in Washington Post from the Israel advocates are laughable. Even a superficial reading of the op-ed shows that he has not retracted a single comma in the Goldstone Report, nor…
By +972 Magazine April 3, 2011