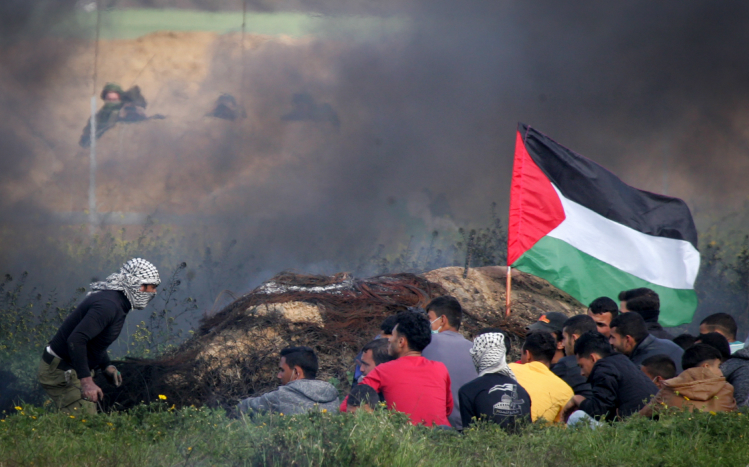 Israeli human rights group B’Tselem will launch a campaign on Thursday urging Israeli soldiers to refuse orders to open fire on unarmed demonstrators. The campaign, titled “Sorry Commander, I cannot shoot,” comes on the heels of last Friday’s events on the Gaza border, in which Israeli snipers shot dead at least 17 Palestinians and wounded hundreds during The Great Return March.

The campaign, which will appear in newspaper ads, comes at a critical moment for the Great March of Return. On the first day of the march, which marked the beginning of 45 days of protests and events to mark Land Day and 70 years since the Nakba, Israeli troops Palestinians killed 17 and wounded 1,400 Palestinian demonstrators.

The demonstrations are set to continue this coming Friday, and Israeli military officials have announced in advance that, like last Friday, soldiers will again use live fire against demonstrators — even if they are hundreds of feet away from the fence. Such orders should be considered illegal, and thus soldiers should absolutely refuse them, said B’Tselem.

In the Israeli legal system, there exists an obligation for soldiers to refuse to carry out manifestly illegal orders. Orders to open fire on unarmed civilians, B’Tselem added, are a case of “unmistakable illegality patently evident in the order itself, it is a command that bears a clearly criminal nature or that the actions it orders are of a clearly criminal nature.”