Netanyahu can bash the EU all he wants. At the end of the day, the future and security of Israel depends on its political and economic ties with the EU, not vice versa.

By Eitay Mack (translated from Hebrew by Ofer Neiman) 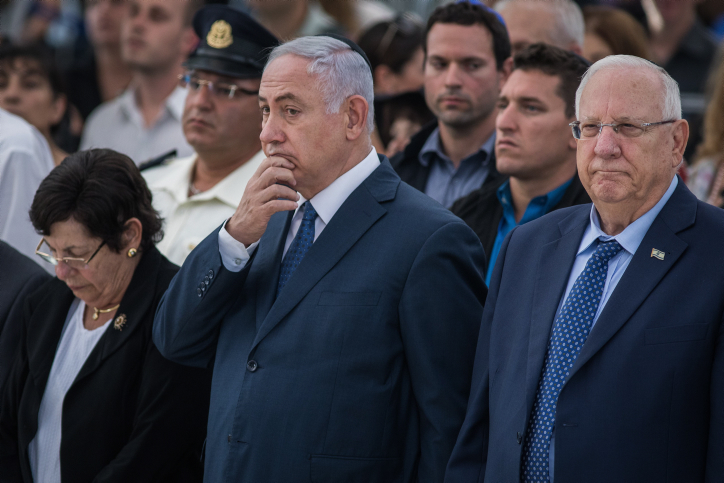 Last Wednesday, the media leaked a recording of a private conversation between Netanyahu and the heads of state of Poland, the Czech Republic, Slovakia, and Hungary. In that conversation, Israel’s prime minister portrayed the European Union as a madman who puts its own future and security at risk. According to Netanyahu, the EU’s madness stems from its refusal to keep silent on the occupation of Palestinian territories, leaving him to wonder how the EU has not realized what politicians in India, China and Africa have already realized: security exports from Israel supersede anything else, and therefore one must refrain from intervening in Israel’s internal affairs.

The leak was likely an accident, but the timing of the conversation was not. Netanyahu smells the EU’s blood, as the latter is preoccupied with stopping the populist right-wing surge across the continent, as well as dealing with identity and economic crises, Brexit, refugees and immigration. While Trump flanks the EU from the West, Netanyahu has decided to do the same from the East, along with heads of state in Eastern Europe, who are also in the midst of a democratic crisis. Since the Trump administration has made it clear it is not be interested in human rights, the only thing keeping Netanyahu from the Promised Land are those pesky folks in Brussels.

Netanyahu’s attempt to rein in the EU is not new. While Israeli governments have always tried to get by during votes in international forums by enlisting the support of democratic Western countries (support that Israel labels “the moral majority”), in reality the State of Israel has for decades been relying on the support of non-democratic states who receive arms in return for favorable votes. These regimes include the military juntas in Latin America and the apartheid regime in South Africa in the 1970s and 1980s. With the end of the Cold War and the signing of the Oslo Accords in the early 1990s, Israel renewed diplomatic relations with many states, after they were severed following the 1967 and 1973 wars. Many states no longer feared voting in favor of Israel, and the Israeli method of selling arms in return for votes at international forums had expanded to new parts of Asia and Africa.

Netanyahu has taken this method one step forward, not only by expanding it to additional countries, but also by establishing a strategy of breaking the automatic pro-Palestinian majority at international forums, while publicizing the “vote in exchange for arms” relationship. Among other things, Netanyahu has invested efforts in persuading African states to add Israel to the African Union Organization. The dictatorships in Rwanda and Equatorial Guinea, as well as impoverished Togo, have suddenly become Israel’s strategic partners. Similarly, in recent years, security deals have been signed with the Burmese junta, the repressive regime in Honduras, and the violent, corrupt government of Papua New Guinea.

Netanyahu’s statement at the meeting with Eastern European heads of state is no less grave than his attempts to buy votes at international forums in return for arms. The prime minister has essentially given his backing to non-democratic processes in Eastern Europe in order to weaken the leadership of Western European states in the EU.

There is no dispute that the EU, since the signing of the Maastricht Treaty in 1992, is far from innocent. Its support for human rights is not uniform, and is affected by political and economic considerations. The EU issues weak criticism of grave human rights violations in China and Turkey, and cuts Israel a great deal of slack. One cannot sweep the support of some EU states for neo-colonial regimes — which take part in U.S.-initiated wars and maintain ties with dictatorial regimes throughout the world (such as the Gulf states) for business reasons — under the rug.

However, the EU, especially its Western European states, has also promoted a liberal democratic world order of human rights and peaceful conflict resolution. In many places across the world, it provides political and economic support for the promotion of human rights, it aids in building and protecting a civil society that may bring about a democratic change, helps build an independent judiciary system and health services, saves civilian lives, and prevents atrocities. No wonder so many people across the world are happy to receive a European passport or European asylum. Netanyahu, along with the tyrants and dictators of the world, repeatedly denounces the EU’s intervention in his internal affairs.

Netanyahu regards himself as a great statesman with a broad historical outlook. But from the leaked conversation emerges a portrait of a narrow-minded leader who only sees his voters in an outpost on a remote hill in the West Bank, and cannot grasp the dramatic significance of the weakening of liberal and democratic forces in Europe. Xenophobia and Islamophobia in Europe, which Netanyahu promotes, also pose a threat to Jewish communities there. Europe’s transformation into a nationalist, closed, and isolated region, and its unwillingness to intervene globally to prevent violations of international law and human rights, may put an end to criticism of Israel and Netanyahu. But it may also exacerbate violent conflicts, the refugee crisis, and global terror. Netanyahu knows he’s bluffing.

The future and security of Israel depends on its political and economic ties with the EU, not vice versa. Had Netanyahu wanted to help in the resolution of the global migration and refugee crisis, he should have prevented Israeli arms exports to regions plagued by civil wars and crimes against humanity, or to kleptocracies whose citizens suffer from hunger, unemployment and the lack of minimal infrastructure.

Eitay Mack is an Israeli human rights lawyer and activist, who is active for increased transparency and public scrutiny of Israeli security exports. This this article first appeared in Hebrew on Local Call. Read it here.