Famed Israeli playwright Joshua Sobol couldn’t get Israeli theaters to produce his latest play, ‘The Last Act.’ So he took it to Boston, where American Jewish audiences are finding it no less difficult to digest. Sobol and Israeli-American director Guy Ben-Aharon discuss the backlash, the clampdown on criticism of Israel, and whether an American audience is more willing to engage with portrayals of the occupation. 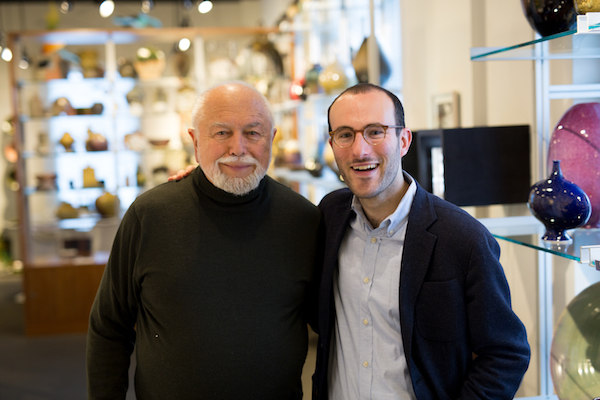 Joshua Sobol is the most famous living Israeli playwrights. Known for controversial work that challenges the dominant narrative in the country, Sobol has written over 75 plays, which have been translated and performed in over 25 countries.

Two years ago Sobol wrote a political thriller titled “The Last Act.” Despite being one of Israel’s most well-known artists, Sobol couldn’t find a home for the play in Israeli theater houses due to the gravity of its subject matter: the Israeli-Palestinian conflict. Instead, it was Boston’s “Israeli Stage,” a production company that has put on more than 30 staged readings and productions of Israeli plays since 2010, which premiered the play.

Directed by Guy Ben-Aharon, an Israeli who moved to Massachusetts as a child, “The Last Act” is set in present day Israel and tells the story of an Israeli Jewish actress, Gilly, and a Palestinian actor, Djul, who are cast in an adaptation of a 19th-century August Strindberg play, “Miss Julie.” Gilly’s husband Ethan is a Mossad agent and he and his boss believe Djul is pretending to be an actor, but is in fact a Hamas operative trying to kidnap Gilly in order to exchange her for Palestinian prisoners.

I interviewed Sobol and Ben-Aharon to discuss the backlash against the play, the clampdown on criticism of Israel, and whether the American audience is more willing to engage with portrayals of the occupation.

No theater in Israel agreed to stage “The Last Act.” Does that mean that under today’s circumstances, criticism of Israel needs to be taken abroad in order to be heard?

Sobol: It is the artistic policy of our public theaters that has changed during the last 20 or 30 years. Much of the repertoire of Israeli public theaters in the last three decades is full of revivals of old musicals that have absolutely nothing to do with the present, past, or future of the Israeli situation. The grim reality of the occupation and the oppression of the Palestinian population living under Israeli control has become an unsavory subject for the managements of our cultural institutions. When our minister of culture, Miri Regev, withdrew funding to Al-Midan Theater following the production of a play on the everyday life of Palestinian prisoners held in Israeli jails, none of our theaters darkened their stages in protest. Not one of our theater managers will admit to self-censorship.

The play is being staged, financed, and presented by Israeli Stage, a Jewish-American organization. To what extent can one embrace a true criticism of Israel’s policies in the U.S. and how it that received by your Jewish audience?

Ben-Aharon: Our vision is to welcome all to the table at Israeli Stage. Israeli Stage was founded in 2010 as a means to share Israeli culture via theater; it is by no means targeted to or presented for a Jewish-American audience. As for the pluralism within the organization, I am continually surprised by and grateful for the fact that members of our board and council come from different spectrums of the political map – from Jewish Voice for Peace to AIPAC.

In years past, when presenting plays that deal with the conflict we would receive concerned emails. I would reply with messages reiterating our commitment to dialogue and asking them to join us for a meaningful experience. Many ended up taking me up on the offer, attending the various plays. And while they didn’t share the same points of view of the various playwrights, they were open to engaging with the work. I am afraid we’ve entered a new territory of division these days. Our society is unwilling to be in the same room with a voice that is different than theirs. It’s a product of the polarization of our world, with everyone living in his or her own bubble, and it’s a product of the increasingly right-wing regime in Israel, which has continued to ask Americans to embrace an “Israel right or wrong” approach.

What we’re seeing now is unprecedented. We’ve received emails saying Joshua Sobol doesn’t deserve a stage. One email said Sobol “should stay in the realm of art and theater…not expressing his views in the political arena.” Another, expressing anger, said, “Israeli Stage is asking their audience to come see a show highlighting…a negative reflection of Israel.”

The play focuses on what seems to be a romantic relationship between an Israeli woman and a Palestinian man, one that is under surveillance and manipulated by the Israeli security services. Is the message that the Jewish state is about making any and all social relations with Palestinians an historical impossibility, while erasing humanity of Palestinian people?

Sobol: There is no romantic relationship between Gilly and Djul — theirs is a a purely professional relationship. The security services misinterpret their artistic work as a plot to kidnap an Israeli Jew in order to bargain for the release of Palestinian prisoners. My message is not that the Israeli state is making all relationships with Palestinians impossible. There are actually many working relationships that are flourishing in the fields of medicine, tech, law, filmmaking, and education. If there is any central message, it is that the ongoing conflict risks to destroy those human relationships due to the sickening atmosphere of mutual suspicion that is poisoning our life.

In the play, Djul says to Gilly, “We have to be in a place and a situation where we will be equal to one another. Where we can begin to talk love.” It seems that the togetherness lost a century ago, when Zionism first came to the country, can only be recreated elsewhere — in another place and in another time. Was it the impossibility of coexistence that you wanted to stage? Are there any other circumstances today that can bring Palestinians and Israelis together?

Sobol: Zionism has nothing to do with the present situation of the Palestinian-Israeli conflict. Zionism had been a movement that tried to convince European Jews that their physical existence was under threat due to the rising European anti-Semitism, and that the only way to save their lives would be to to return to Eretz Israel, and to establish a Hebrew State capable of defending the life of Jews against genocide.

This project had never called for a war with the Arab population living between the Mediterranean Sea and the Jordan River. The fact that at the present day there are some six million Jews and a similar number of Arabs living in the historical Land of Israel, and that there is still enough room for doubling the population of the country, is the best evidence that there was no reason, no need, and no justification to reject the UN 1947 Partition of the country, except for a political refusal to accept a peaceful co-existence of the two peoples. 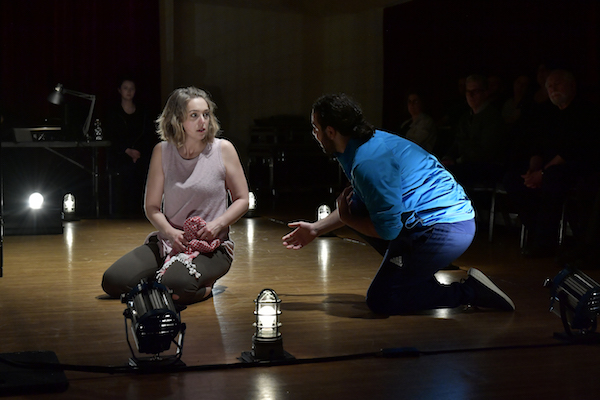 Ben-Aharon: My mother is involved in an organization called “The Road to Recovery.” The mission of the organization is to drive Palestinian patients between checkpoints to hospitals in Israel. These are Palestinians mostly living in Zone A and B; whose permits only allow them to travel to and from the hospital. My mother can spend up to four hours a day driving Palestinian children, women, and men so that they can get better. I am continually amazed by this beautiful act of empathy. Most of the time we drive those whom we love to and from hospitals, and here’s an organization that’s creating that relationship between two strangers, between people who are pitted against each other by their politicians.

My mother is a Zionist. She believes that there’s a need for a Jewish state. She’s the daughter of two survivors whose parents and siblings were brutally murdered during the Holocaust. At the same time, she recognizes the need for a Palestinian state and does what she can to help further that cause by instilling faith in her Israeli and Palestinian friends – showing them that acts of compassion, empathy, and giving are possible at moments of deep division.

Do you believe it would be significant to bring the play to young Jewish audiences in the states, say, in high schools and universities? Do you expect much opposition from institutions in the Jewish community?

Ben-Aharon: We haven’t been condemned by anyone – yet. Let’s see what happens. It’s still early.

A few years ago, the President of the Combined Jewish Philanthropies led a dialogue following a showing of the play “Ulysses on Bottles,” which deals with Gaza. He said that Israel needed a lawyer to represent it in the play, and took a few minutes to talk about his concern for Israel’s security. But he engaged.

Marcelo Svirsky is an academic based in Australia.