The controversy surrounding NY Jets offensive lineman Oday Aboushi reveals the rules of conducts for Palestinians in the public sphere. 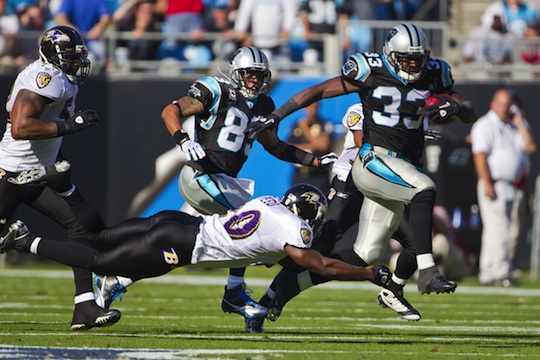 Oday Aboushi, one of a handful of Palestinians to be drafted by an NFL team, became the target of some American conservatives following his appearance at the El Bireh Society convention last month. Approached by the organizers for his appeal to young attendants, Aboushi spoke to a crowd of several hundred in Virginia about his personal journey to the NFL. According to this report by the Times, he referred to a visit to the West Bank, which inspired him to excel in representing his community. 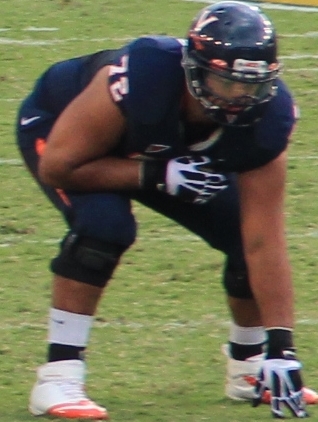 Last week, a radical right-wing site named FrontPage published a piece on Aboushi accusing him of taking part in “smear campaigns” against Israel. Mentioning the Nakba – as Aboushi was said to have done – was helping “fuel terrorist attacks.” The piece itself is obviously a joke: it drops the word “terrorism” and “Islamic” every other sentence in order to magnify the Fox News effect, linking to an unrelated Facebook page as “proof” of anti-Semitism, and so on. But it was enough for an ugly follow-up column (which was later removed) by Yahoo! Sports as well as some other comments against Aboushi.

Then the Times picked the story and run a piece that treats Aboushi positively and creates the impression that he is indeed no more than a hard working guy with a strong connection to his community – something even the ADL’s Abe Foxman praised. “He’s proud of his heritage, and there’s nothing wrong with that,” said Foxman of Aboushi.

The ADL is right, of course. But reading Foxman’s quote, I asked myself what would happen if Aboushi was to become a political activist? Suppose he had said something definitive against the occupation, or even took a semi-personal sentence like: “I am waiting for the day my family can return to a free Palestine.”

In “This Regime Which is Not One” – which in my opinion is the best book about the occupation (a shorter version was published in English under the name “The One State Condition”) – Ariella Azoulay and Adi Ofir discuss the way the occupation actively fights the “political” existence of Palestinians. In discussing the first years following the 1967 war, they write (p. 73 in Hebrew, my translation and emphasis) :

The Palestinian existence […] was narrowed to the existence in daily life, which the occupation allowed to be fulfilled in a way which requires various forms of dependence in the [Israeli] regime…

This policy, which was named by its architects as ‘an enlightened occupation,’ was based primly on a separation between a private sphere, in which some Palestinians could feel certain benefits and a slight improvement in their living conditions, and a public sphere, of which most were forced to give up, and those insisting to fight for it were met with the violent measures of the control structure.

On the basis of this difference, between obedient Palestinians, those who gave up the public sphere, and rebellious Palestinians, who insisted on it, a distinction was created between “moderate,’’ “extreme” and “dangerous” Palestinians. The “moderate” ones were those who accepted the demand for full obedience and the status without rights which they were given, and the “bad” ones were those who took part in resisting the occupation and didn’t recognize the legitimacy of the regime.

In many ways, such distinctions exist in the popular discourse to this very day. Even in anti-occupation circles you notice the constant urge to draw lines between good and bad Palestinians. It’s even more obvious that in the Israeli and American mainstream, a Palestinian who goes beyond “personal heritage” and actively challenges the status quo, or the place he was given in it, is always treated as a danger – a potential terrorist or worst – regardless of the political means he is undertaking.

Oday Aboushi, who had to go public against the smears, seems to have be cleared of the charge of being a bad Palestinian (meaning a political one). Maybe it’s not even a role he wants to himself, and I’ll be the last to judge him for that. But the lines in the sand have been drawn this week – one can almost read Foxman’s words as a warning – and if Aboushi is to ever assume a political identity that is more than “an inspiriting story of success,” the price he would end up paying is now clear.