Why does America’s largest Christian Zionist organization continue to ignore the plight of its co-religionists in Jesus’ birthplace? 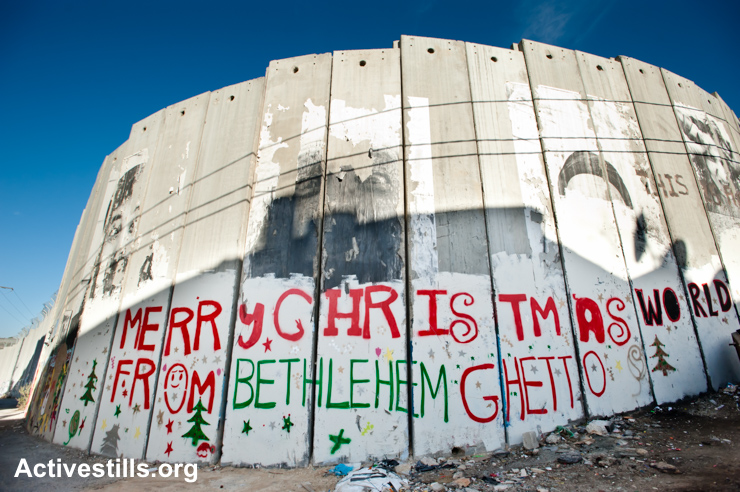 Graffiti on the Israeli separation wall in the West Bank town of Bethlehem reads, “Merry Christmas from Bethlehem Ghetto,” December 16, 2010.

Happy birthday, Jesus! Once again, Christians United for Israel (CUFI), America’s largest Zionist organization of any kind, has used “Made in Israel” Christmas ornaments the centerpiece of its holiday fundraising campaign while bashing the boycott, divestment, and sanctions (BDS) movement.

In a December email campaign in the weeks preceding Christmas, CUFI’s leaders declared:

Israel’s enemies are also our enemies, and they are mounting an aggressive campaign on all fronts to cause innocents harm, especially during the holidays. The BDS (boycott, divestment and sanctions) agenda continues aggressively to harm Israel’s economy by organizing boycotts of Israeli made goods.

There are a few telling aspects things about this campaign. Firstly, in denouncing the efforts of Israel’s enemies to “cause innocents harm” there is no mention of the series of knife, gun, and vehicular attacks that have targeted Israeli civilians and security personnel since September. CUFI only mentions BDS. Do they really believe that a nonviolent grassroots movement is a greater threat to Israeli security than direct personal violence against Israelis?

Secondly, while BDS was long dismissed as a marginal movement that had no real economic impact, CUFI now warns that this “aggressive campaign … continues aggressively to harm Israel’s economy.”

Here CUFI may be on to something. This year, several targets of the BDS movement pledged to cease operations in the West Bank, including Veolia, G4S, and SodaStream. In June, the UN World Investment Report cited a 50 percent drop in foreign investment in Israel due to the reaction to “Operation Protective Edge and the boycotts Israel is facing.” More recently, the American Anthropological Association voted to preliminarily support the academic boycott of Israel. 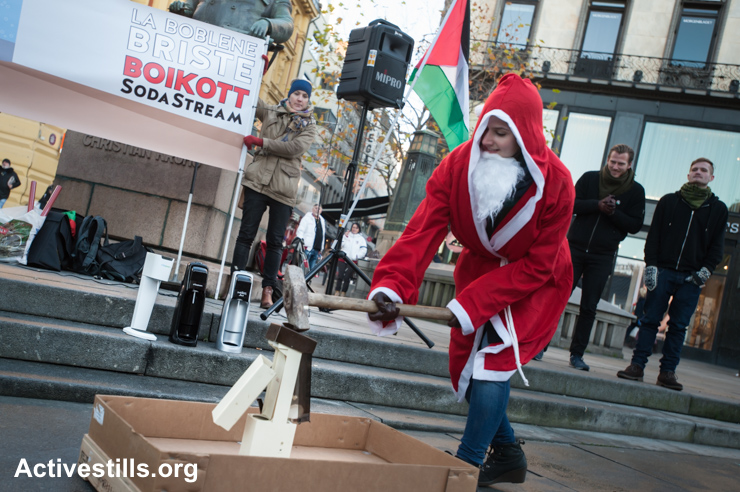 In an email blast earlier this year, CUFI warned of a “string of victories” by the BDS movement on U.S. campuses, but declared: “We have provided our CUFI on Campus student leaders with training on how to defeat BDS. They are fighting back. And they are winning!”

The only two victories cited by CUFI: The UC Davis Student Court’s decision to overturn its Student Senate’s BDS resolution and an anti-BDS resolution passed at Liberty University, the fundamentalist school in Lynchburg, Virginia, founded by Jerry Fallwell.

Such paltry successes have seen few additions even now that CUFI’s executive director, David Brog, was named to head the “Campus Maccabees”—the group formed during the multi-billion-dollar Vegas fundraiser hosted by Sheldon Adelson and Haim Saban to combat BDS. Even with those deep pockets propelling their propaganda, CUFI claims that their campus activists are “outnumbered and out-funded by the Israel haters.”

It is interesting that while many conservative Christians in the U.S. rail against the so-called War on Christmas, CUFI’s December email encourages readers to “start shopping!” to support the Israeli economy, yet doesn’t once mention the founder of their faith, let alone the plight faced by those now living in the Bethlehem — the city of his birth.

Several Bethlehem residents have been among the 134 Palestinians and 20 Israelis killed in the latest surge of violence in the region. Those lopsided numbers reflect an all-too-familiar pattern in which some Palestinians have been killed in attacks against Israelis, while many others have been killed during protests, clashes and raids in which Israeli soldiers have used lethal force against unarmed youth.

These include the death of 13-year-old Abed al-Rahman Abdallah in October, whom the Israeli military later admitted was shot by mistake during clashes in an area where the Israeli separation wall cuts deep into the center of the West Bank town. Weeks later, an Israeli officer was suspended after threatening area residents, “we will gas you until you die. Your family, your children, everyone. We will kill you.”

While CUFI is promoting Christmas ornaments “Made in Israel,” Israeli forces continue to shower Jesus’ hometown with tear gas “Made in the USA”. 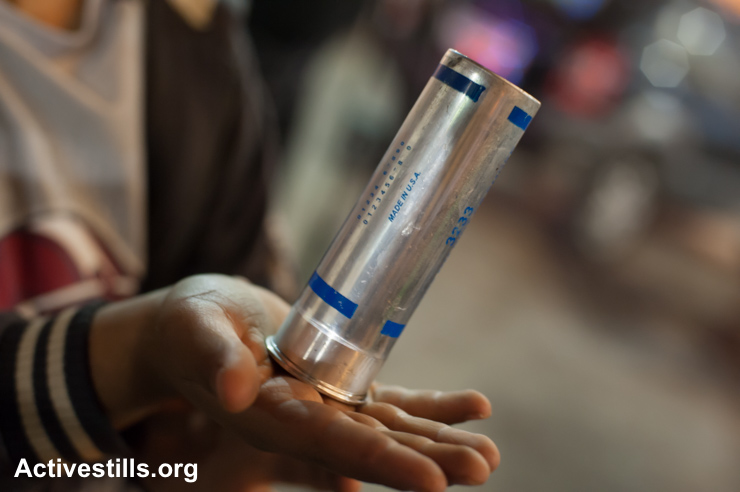 Bethlehem has even scaled back its Christmas celebrations in recognition of the mourning that many Palestinian families are enduring this holiday season.

It’s telling that a Christian organization would rather focus on supporting the Israeli economy than in listening to the voices of their fellow Christians who are suffering under occupation. Since CUFI chooses to ignore them, I will give the last word to Jerusalem’s Latin Patriarch Emeritus Michael Sabbah, who expresses his frustration in a recent Haaretz op-ed:

At this holy time of the year, Bethlehem, the city of the Nativity, stands at the center of attention of the whole world. What the world might overlook as it watches is that the very city where Jesus was born celebrates yet another occupied Christmas…

Nevertheless, I will not call on anyone. I will not make yet another failed call on the international community. This time, I only call on the Israeli leaders in search of “security”. I call on them to finally see the inevitable result of walls, stolen lands and illegal settlements: it will only bring more isolation, rejection and hatred, hence, more insecurity. I call on them to see that justice, education for mutual respect and acceptance will bring security and peace.