Fear of night raids and imprisonment loom large in the imagination of almost every Palestinian child. Reports on specific cases of violence and abuse fail to capture the epidemic of instability Palestinian children face daily. 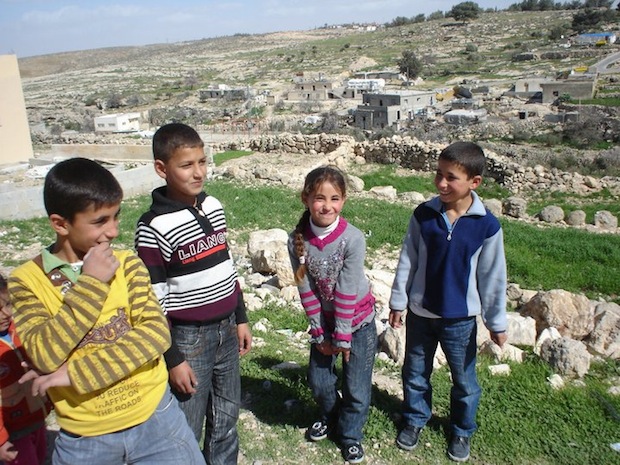 Days after a team of British jurists published a report on the experiences of Palestinian child detainees entitled Children in Military Custody, B’Tselem released footage of border policemen grabbing and kicking a nine-year-old boy in Hebron. The coverage cast a sharp but fleeting spotlight on two aspects of what life is like for children under military occupation: torture in prison (or fear of the same) and casual harassment in the street (or the risk of the same). Working with children in Bethlehem provides daily glimpses into the world that lies between these two poles.

Eight-year-old Sahar is originally from Gaza. Born blind and with learning difficulties, she was given permission to attend a special school in the West Bank in the wake of Cast Lead. Her hair is kept short, given her tendency to yank it out; her arms and legs are usually covered with scratches and bite marks. One evening she took a pair of scissors and dug them into her ears. Her language problems make it difficult to pinpoint what drives her self-harm, but this time she was clear enough: “Bombs in ears.” That week had been full of wedding parties, with the usual celebratory fireworks, a sound Sahar cannot stand. For her the world has all the stability of Krakatoa (and the same tendency to intermittently erupt).

This sense of unpredictability is shared by seventeen-year-old Ruwaida, who has transformed the wall of her bedroom in the Aida refugee camp into a mural. The sun blazes in a cloudless sky and a tree arches protectively over her bed. She suffers night terrors about soldiers bursting through the walls. At first I thought that this was just a surreal twist to the nightmare until I discovered that during the Second Intifada this was a routine way for soldiers to enter the camp’s tightly-packed houses.

As no one can guarantee the children practical stability, we concentrate on fostering strong friendships and family ties. Ruwaida has been helped through a youth group, while Sahar’s interest has been captured by my Israeli friend Orit (whom she persistently refers to as ‘Oreo’). She wonders why Orit doesn’t visit more often, having no concept of the distance between Bethlehem and Kfar Saba – or the illegality of Orit’s presence in Area A. The last time we met, she announced, “When I’m big” – she leapt to indicate height, thwacking me on the chin – “I’m live there, with Oreo and giraffes.” My protestations that Orit has no giraffes were met with a decisive head butt to the stomach, presumably in rebuke for my lack of enterprise.  “Giraffes,” she said firmly.

Media attention tends to focus on specific cases of violence or abuse, and fails to capture the systematic uncertainty that Palestinian children face. Trauma still affects them even if they don’t have a background like Ruwaida’s or disabilities like Sahar’s. Sahar is lucky to attend a school suited to her needs, however the permit system for travel means that many children are denied such stability altogether. When the separation wall is finished in Beit Jala, all the children currently educated at the Salesian sisters school will need permits to cross the checkpoint that is going to be built in their playground. Permits in the Occupied Territories are privileges, not rights; and this makes education itself a privilege, and not a right. This lesson is brought home to children in multiple ways, from enforced school closures to intimidation from settlers to simply having to pass under the wavering red light of a gun on the way to class, day after day. “If the army is at the nuns’ school, I can’t send my children there,” one Beit Jala parent told me. “I won’t let them grow up wondering if they’re at school or in jail.” 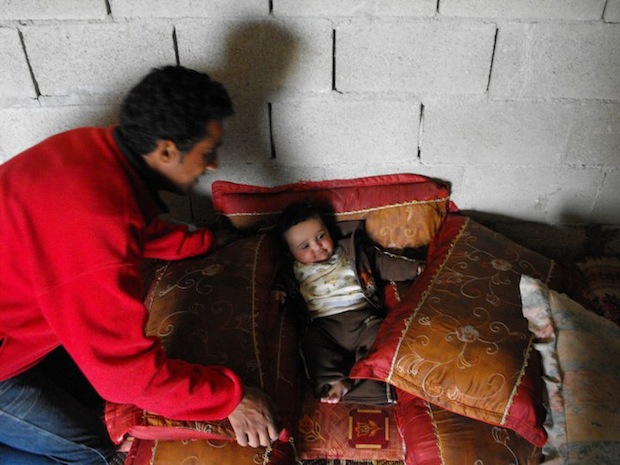 Jail looms large in the imagination of local children. Recently a soldier reprimanded seven-year-old Yara for dropping candy wrappers in the checkpoint by playfully threatening her with imprisonment. He did not mean it seriously, but failed to realize the effect that his words would have. That night Yara refused to go to bed, but curled up in the bottom of the wardrobe as part of a cunning plan to escape any soldiers who might come looking for her in the night.  It took 45 minutes and the prospect of pancakes to coax her out, on condition that she could sleep in someone else’s room.

Chronic uncertainty surrounds children living under occupation like amniotic fluid. Even if they aren’t one of the 500-700 children who are arrested annually by the IDF, even if they haven’t had their homes demolished or lived through bombing raids, they imbibe fear. They also inherit the anxieties and preoccupations of their parents, many of whom were born into this situation themselves and grew up with a similar sense of instability. Present-day child trauma in Palestine is knotted into a tapestry that spans generations, portrayed in haunting detail in Ghada Karmi’s memoir In Search of Fatima. Trying to settle down to a schoolgirl’s life in London in the aftermath of her family’s expulsion from Qatamon (in West Jerusalem), the young Karmi was by turns exasperated and unnerved by her mother’s erratic behaviour, which overshadowed her adolescence. “No one understood what had happened to her or why she had changed so…Today, we would call it depression, but none of us understood such a concept at the time.” All the rehabilitation work I do in the West Bank is coloured by bitter awareness of its backdrop. The machine is still whirring, stitching the same relentless pattern. It is impossible to resolve the problems experienced by these children until the machinery itself is broken.

The hideousness of that pattern hit home when I went to stay with Sameeha, a close friend from Gaza who is doing an MA in England. Twenty-four years old, she’s articulate, funny, and sharp enough to have secured one of only a handful of scholarships. This’s the first time in her life that she left Gaza, but when I met her in the Durham autumn she seemed perfectly at home – until we settled down to sleep and I snapped off the light. “I sleep with the light on!” All the savoir-faire vanished, and I might have been back in Bethlehem with a terrified 10-year-old. She sat twisting the quilt in her hands, my beautiful confident friend, and didn’t look at me as she said dully and quietly, “I get dreams about bombings. Soldiers getting in the house, killing everyone.” Holding her, it occurred to me to wonder what those Bethlehem 10-year-olds are going to be like at 24 – and what lessons Sameeha’s children might absorb from a mother who is scared of dark and sleep. Inevitably they will wrestle further demons of their own. Or perhaps things will change, and the machine will be broken, and they will go looking for giraffes in Kfar Saba.

Vicky Hosker works with an educational charity in Bethlehem. She has a background in special education and mental health, and is interested in how creative arts can be used therapeutically. Her doctoral research will explore how literature and storytelling can enable people to access taboo history, with a focus on the Nakba and the Holocaust.