Heavy clashes at anti-Prawer protests were anything but unforeseeable. Unfortunately, the way the media and politicians are responding is only likely to make things worse. 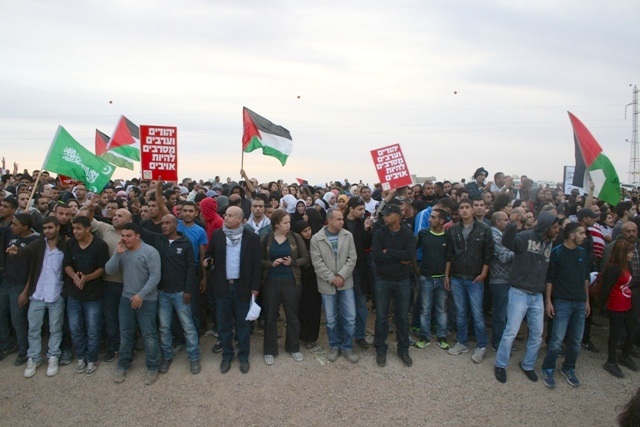 The Hura demonstration before the violence. Not the pictures you saw in the mainstream media. (Photo: Haggai Matar)

HURA — “Can you please explain what it is you’re so angry about?” That was the question an Israeli reporter with a camera crew posed to several Bedouin at the Hura anti-Prawer “day of rage” demonstration Saturday evening. The dark desert evening in the picturesque background of the television news spot was illuminated by burning tire barricades on the roads and police flares and stun grenades. Clashes between local youth and police had been going on for several hours and over a dozen were arrested here and at similar protests in Haifa, Jerusalem and Ramallah in what was undoubtedly the fiercest day of protest and violence against the Prawer Plan.

Watching the scene and noticing in particular the many journalists who were trying to make heads or tails of what the protest was all about (or worse: not even trying but simply ignoring it in their reports, focusing solely and without any context on the clashes taking place), I wanted to help the TV reporter and suggest that one of the reasons for the protestors’ anger might be the question itself.

It’s been several months now that local residents, supporters and activists have been struggling against plans to uproot tens of thousands of citizens from their homes, all in the name of the “Judaization” of the Negev. Vigil after vigil, one “day of rage” after another in towns, villages, roadsides and cities have gone by without any considerable media coverage, let alone a public debate about the extreme implications of the Prawer Plan.

At the third “day of rage” on Saturday things also began quite calmly. Children were holding toy birds symbolizing freedom, drummers were playing, demonstrators were singing songs and chanting – but none of this made it to the media. As usual when it comes to Arabs protesting, as far as the Israeli media is concerned, it was only when stones were thrown at police that the story was finally worthy of the public’s attention. 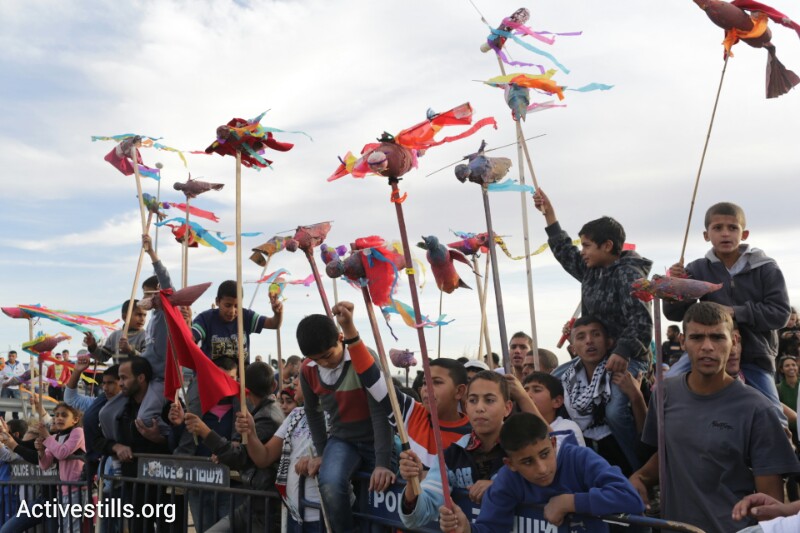 Children flew kites to the demonstration against the Prawer Plan during November 30th’s Day of Rage protest outside Hura in the Negev, November 30, 2013. The Prawer Plan, if implemented, will displace tens of thousands of Bedouin citizens of Israel. (Photo: Activestills.org)

Now it is the government’s turn to go on the offensive. Since last night Prime Minister Benjamin Netanyahu has encouraged police to continue suppressing the demonstrations, stating that plans to uproot the Bedouin will go forward. Haaretz also reported that in addition to authorizing the construction of a new Jewish settlement on the future ruins of an “unrecognized” Bedouin village in the Negev, the government is also promoting massive investment in the planning and construction of new Jewish towns in the Galilee in order to “ethnically balance” the area. Meanwhile, Foreign Minister Avigdor Liberman and several other ministers are saying that Prawer should be scrapped because it “gives the Bedouin too much” in the form of partial reparations. No one in the political leadership, it seems, is actually considering negotiating with the people whose land they are planning on taking, or on taking their needs, wishes and rights as citizens into considerations.

And so, as the media only covers protests when they turn violent and as the government is determined to stay its current course, a continuation and possible escalation of the clashes we saw yesterday seems inevitable. There are, of course, other ways; but the way things look right now, it doesn’t seem like there is anyone around who is capable of doing things differently. 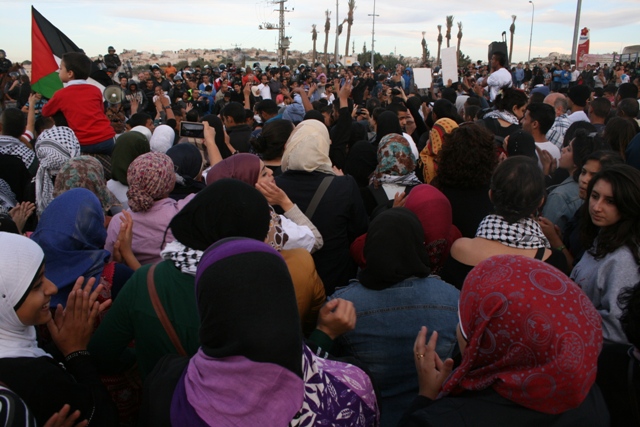 Read also:
+972’s roundup of pictures and reports from the day of rage
Special ongoing coverage of the Prawer Plan