Israel’s Hasbara Ministry is starting early these days. ‘Yedioth Aharonoth’ profiles the 10-year-old children who are being trained to ‘make the case for Israel,’ and tests their new skills.

Yedioth Aharonoth published today a story about two 10-year-olds from Sderot, Noa and Christopher (quite the Jewish name there, eh?) who have been “hired” (the kids volunteered) by the Ministry of Hasbara (Public Diplomacy and Diaspora Affairs Ministry) to explain Israeli positions. After school, the kids went to a special Hasbara course in which they honed their skills in English and practiced standing in front of cameras.

Here are the answers they gave to Yedioth’s “pop quiz”:

How will you explain the siege on Gaza?

Noa Edri: The siege is the result of terror and the exaggerated demands the Palestinians have from us.
Christopher Peck: We allow equipment to enter Gaza, but not weapons.

How will you explain harming innocent children in Gaza?

Noa: Unfortunately, in wars there are casualties for both sides. We all pay an equal price because of the conflict.
Christopher: In Sderot and towns outside the Gaza Strip there are children who are suffering from anxiety.

Hamas claims it won Pillar of Defense. What is your response?

Noa: The victory has nothing to do with how far the missiles go. The victory is finding the path to peace.
Christopher: For 13 years both sides are losing, no one has won yet.

How will you respond to the claim that Israel is not doing enough to promote peace?

Noa: Israel is doing above and beyond for peace, but at this stage there is no partner for this move.
Christopher: We are always searching for a way to make peace. We must sit and talk.

How will you describe life in the towns around the Gaza Strip?

Noa: I will tell of sitting in the shelters for hours without even being able to go out to the bathroom.
Christopher: I will tell them how it feels to hear the “Color Red” siren and how you have to escape quickly. It’s really scary. 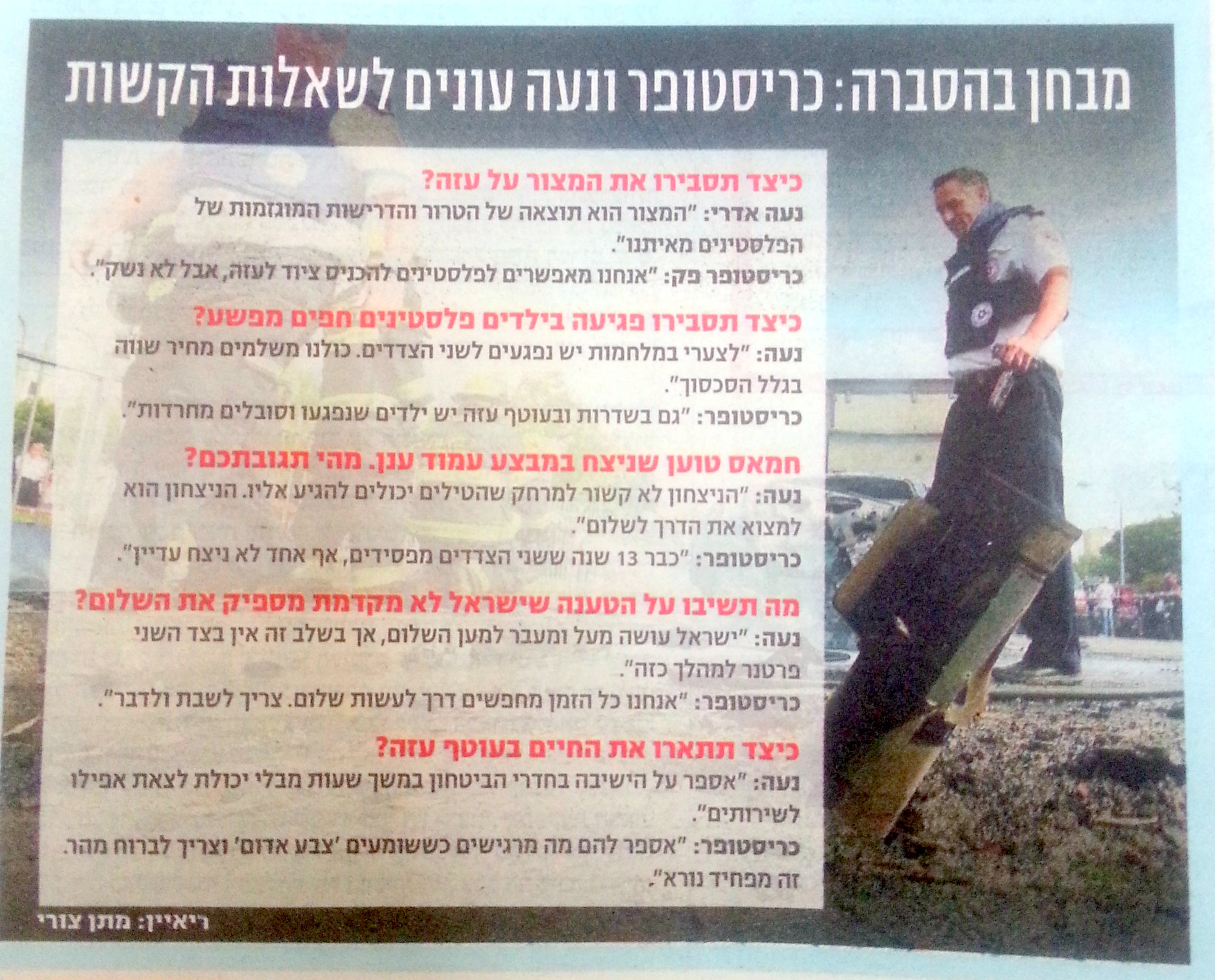