On Monday, July 28th, over 70 Jewish Americans from the new organization #IfNotNow stood outside the offices of the Conference of Presidents of Major American Jewish Organizations, and read the names of Israelis and Palestinians killed during the current round of fighting. Nine of those protesters were arrested while calling on the Conference of Presidents to join their cause. Executive vice chairman and CEO of the Conference, Malcolm Hoenlein, sought to discredit the protesters, stating that “They are, unfortunately, Jewish kids who are misguided.” 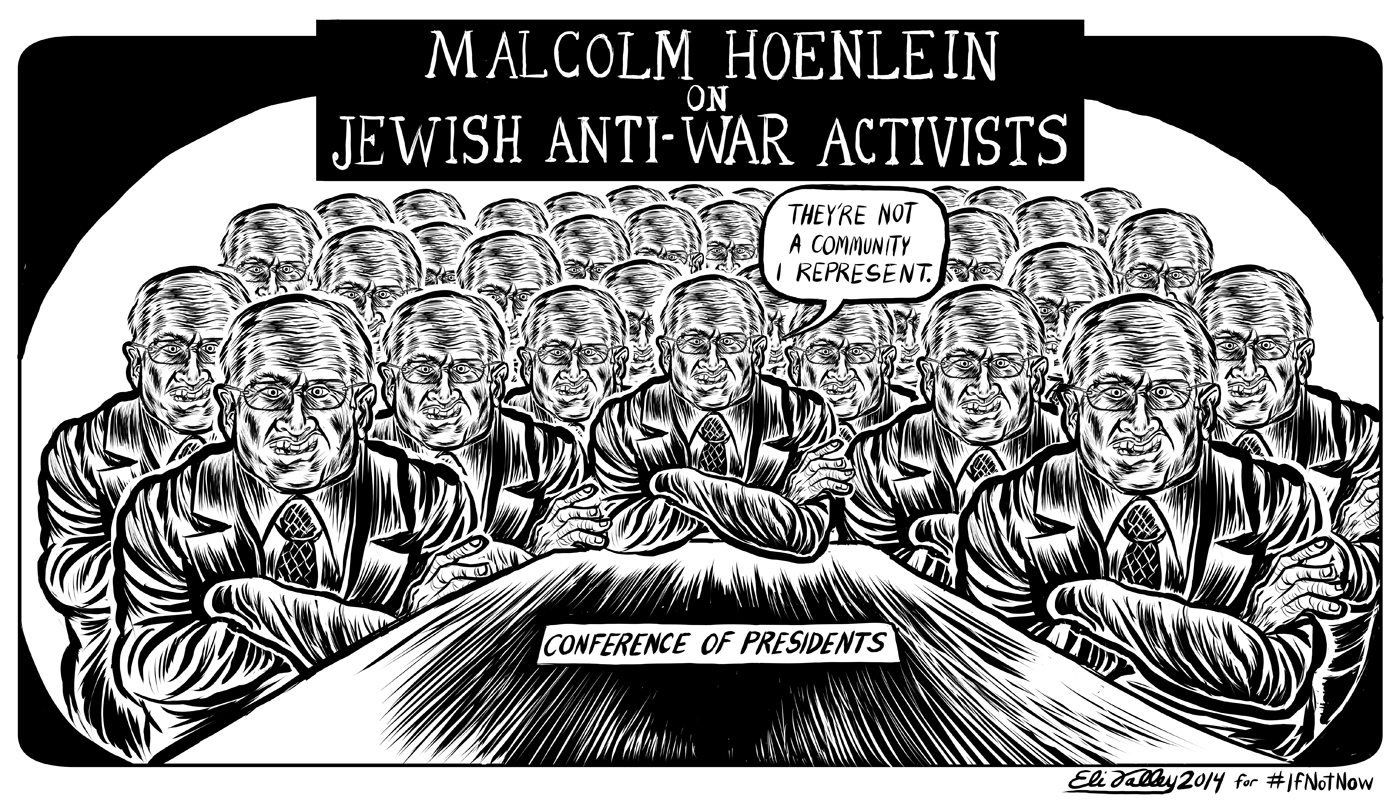 Eli Valley is a writer and artist whose work has been published in The Nation, New York Magazine, The Daily Beast, Gawker, Saveur, Haaretz and elsewhere. He is currently finishing his first novel. Eli’s website is www.EVComics.com and he tweets at @elivalley.

Previous work by Eli Valley on +972 Magazine:
Dershowitz preps for Goldstone II
Google Glass for the Gaza gaze
What if Mahmoud was named Jonah?