Seven years after the incident took place, an officer in the elite ‘Metzada’ unit of the Israel Prison Service admits that his subordinates threw stones at soldiers in Bil’in – as part of their mission. 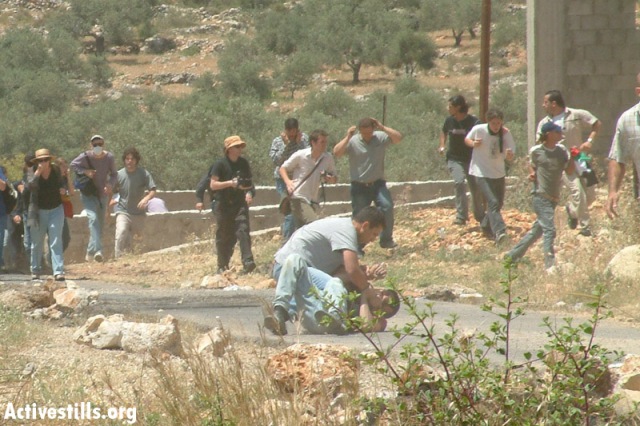 At the time, almost nobody believed what the activists had said. The village of Bil’in was organizing one of its first mass demonstrations against the fence built on its lands, in the very early days of the local popular struggle. Organizers made a special point of making sure that no stones would be thrown at the soldiers at any point of this specific demonstration, in April 2005, even if the soldiers were to attack first – which was and to this day still is the trigger to attacks against them.

However, as the demonstration progressed towards the construction site of the fence, several young men of Arab appearance, unknown to organizers and thought to have come from neighboring villages, started throwing stones, giving the soldiers the cue they needed to disperse the demonstration with tear gas and make arrests. According to several witnesses, leaders in the popular struggle approached the young men and asked them to stop throwing stones – at which point the strangers pulled out concealed guns and handcuffs and arrested the people who asked them to stop. It would later be made known that these were combatants in the IPS elite anti-riot unit Metzada (“Masada”), lent to the army to infiltrate demonstrations and make them violent. And yet – most Israelis would not believe this story. 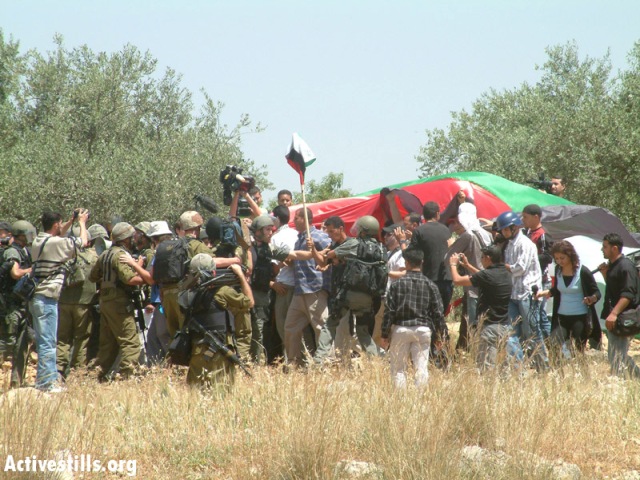 Now, seven years later, the IPS admits that its combatants threw stones at soldiers. As published in Haaretz Monday morning, a commander in the Metzada unit admitted as much in a trial against MK Mohammed Barake (Hadash). Barake, who attended the demonstration, is charged with assault against a Border Police officer at the scene, apparently as an attempt to de-arrest a local activist captured by the undercover agents. During his testimony the commander told the court that his subordinates had thrown stones “in the general direction” of soldiers. He and other unit members also repeated the claim that they saw Barake strangling a policeman.

(A mass demonstration in Bil’in, 2005. Undercover police reveal themselves after little more than six minutes into the clip)

The trial is only taking place now since Members of Knesset can only be prosecuted after a long procedure that requires special permission from a Knesset committee. Barake is also charged with assault against another policeman in a Tel Aviv demonstration during the Second War on Lebanon in 2006. 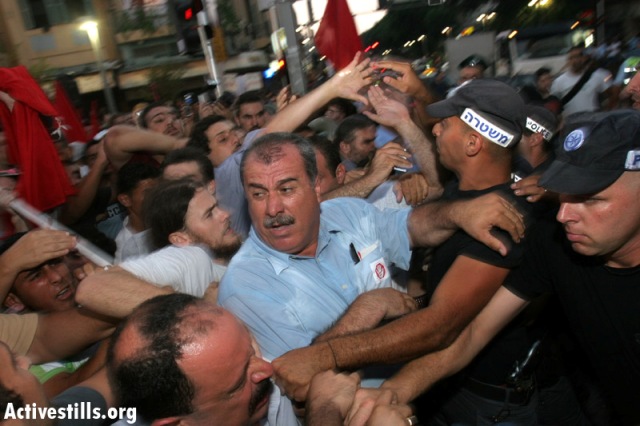 The same Metzada unit is also responsible for the killing of two Palestinian inmates and abuse of many others – as exposed last year on Israel’s Channel 2 show “Uvda.” An internal IPS video broadcast during the show proves that the unit initiated a drill with the aim of lifting the combatants’ spirits. The drill went bad, a riot started, and inmates were killed even though no risk came to the servicemen’s lives.