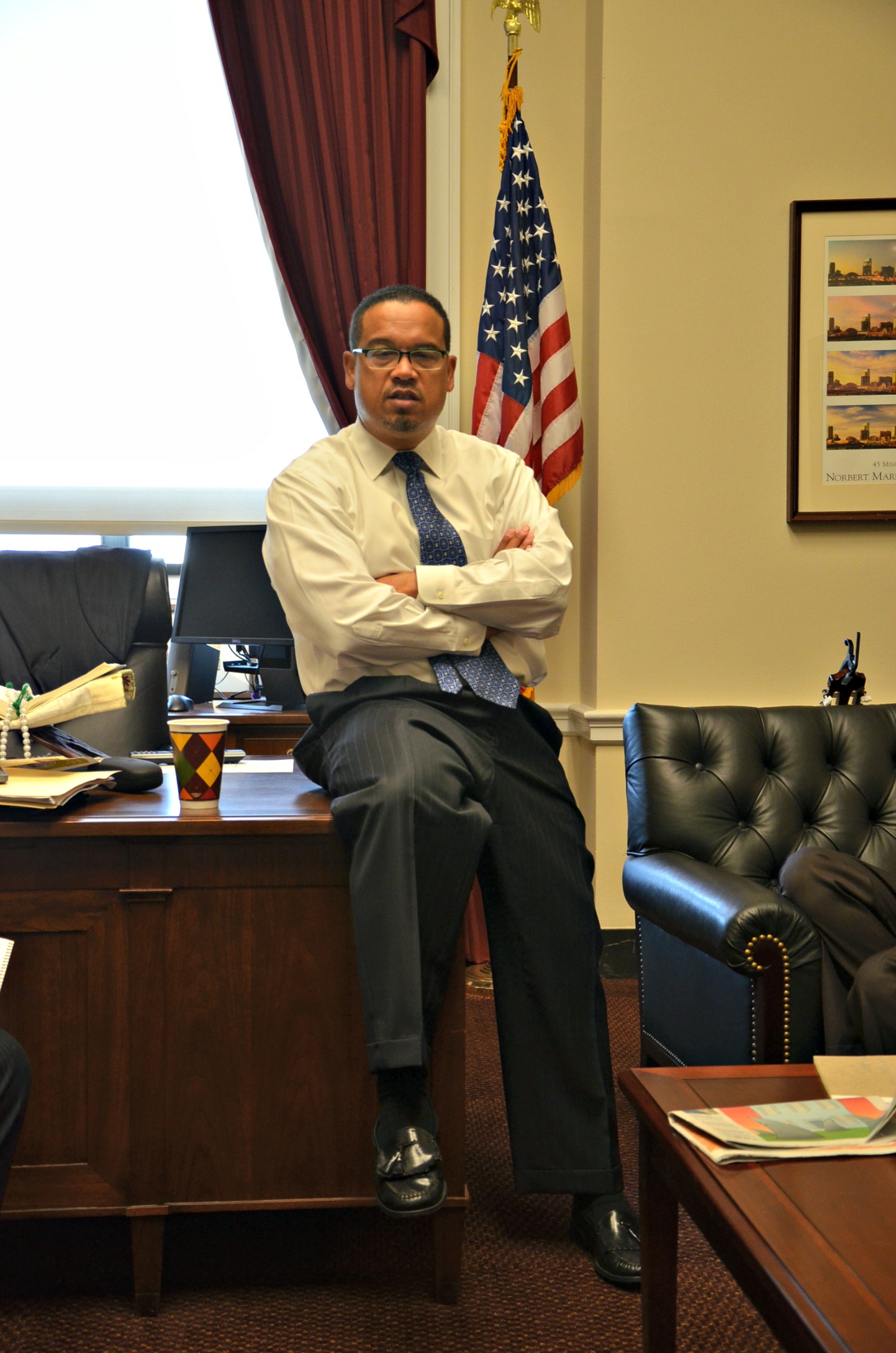 “It has occurred to me that maybe the U.S. is not capable of mediating this dispute,” Congressman Keith Ellison (D-MN) told +972 Magazine this week, in response to a question on the failure of Israelis and Palestinians to reach a comprehensive peace deal after 20 years of U.S. mediated talks.

“It’s hard to mediate something when you say you’re on the side of one of the participants. But the facts are we’re actually also on the Palestinian side,” added Ellison, the first Muslim to be elected to U.S. Congress. “I don’t believe that America is a neutral broker, but I think it’s the best we’ve got. The problem is that there aren’t too many countries that are willing to step up to the plate. If Britain, France, Germany want to get in this, they can. I don’t think anyone is pushing them out of helping them solve this problem… [Furthermore] this conflict has a lot of American interest, because there are many Israelis with family roots in America.”

As he sat on his desk next to an open Qur’an, Congressman Ellison told of the high hopes he has for the latest round of talks and for Secretary of State John Kerry’s recent efforts to negotiate a deal. “I think that this latest round is good for pragmatic reasons: they got both sides to agree that for nine months – ‘let’s go at it’. I think you’ll agree that it was a big deal for Israelis when those 104 prisoners were to be released. Because some of those people had killed folks. But for the Palestinians this was also a big deal. These are people who were willing to risk it all for the sake of a Palestinian state,” says Ellison.

When asked about the fact that even during peace talks Israel continues to build in the West Bank, Ellison maintains that even though America disagrees with this policy, there is nothing it can do about it. “Do we have the power to stop it? I don’t believe that we do. Israel is a sovereign country that does what it wants. I don’t believe that Israel is a client state of the United States. Israel does as it pleases even when America disapproves. Look at the annexation of East Jerusalem. We still don’t put our embassy there because we don’t agree with that. We don’t recognize East Jerusalem as Israel. But I do believe that these settlements are ruining any chance for two states,” says Ellison.

“There are a number of differences of opinion,” he adds. “For example, Israel probably wanted us to hit Iran, but we were just not going to do that, because that would be a real problem.”

Ellison also draws hope from comparing the Israeli-Palestinian conflict to others that have been solved and that are “much older than this one.” He also mentions the 2002 Arab Peace Initiative as an example of willingness on the Arab side to reach a compromise. When confronted with the fact that Israel has yet to reply to that initiative, Ellison responded: “Well, I don’t believe Israel has to reply.”

Related:
Dan Rather to +972: U.S. reporting on conflict is Israel-centric