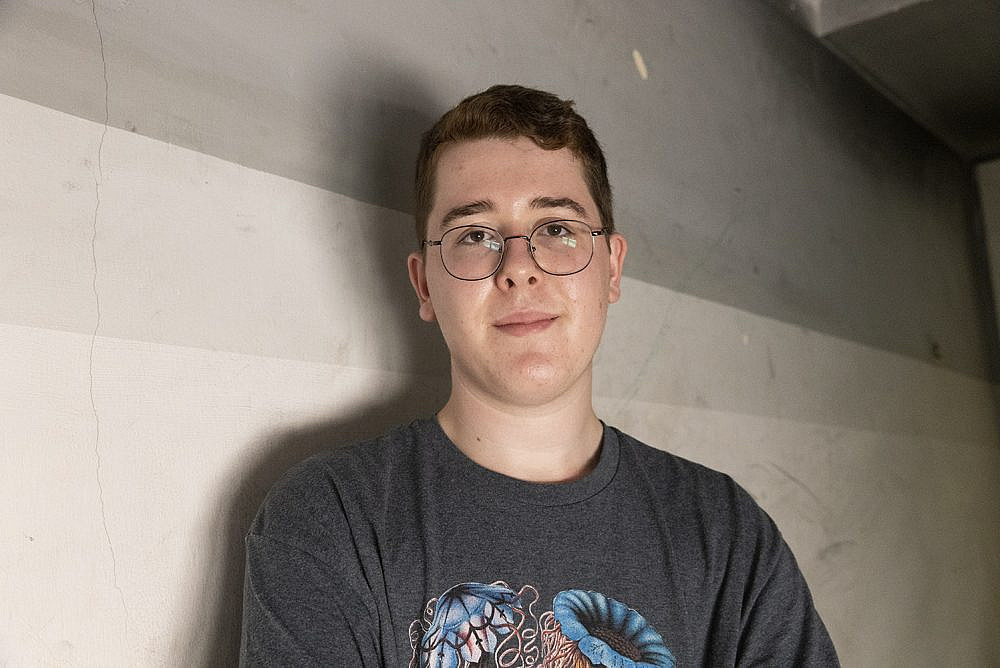 Conscientious objector Shahar Schwartz, 18, before entering military prison for his refusal to serve in the Israeli army. (Oren Ziv)

An IDF disciplinary body sentenced 18-year-old Israeli conscientious objector Shahar Schwartz to 10 days in military prison on Monday over his refusal to serve in the army. Schwartz, who graduated from high school this year, was jailed after appearing before the IDF’s conscientious objectors committee where he declared his intention to refuse service due to Israel’s policies toward the Palestinians.

Following his refusal, Schwartz was held for three days at the IDF Recruitment Center at Tel Hashomer, after which he was moved to a military prison. Upon his release, he will most likely be summoned once more to the conscientious objectors committee, where he is likely to announce his refusal again and be sentenced to another stint behind bars.

In a written statement published ahead of his refusal, Schwartz, who is being supported by Mesarvot, a grassroots network that brings together individuals and groups who refuse to enlist in the Israeli army in protest of the occupation, detailed the reasons that led him to the decision:

“I refuse to enlist in the army because it enforces a policy of inequality and crushes any hope of change. The Palestinians have no way to influence their lives because they do not have the right to vote in a ‘democracy’ that controls every aspect of their lives. The young Israelis who serve in the army are the ones who violate the human rights of the Palestinians on the ground, oppress the [Palestinian] population and enable the settlers’ violence against them. I refuse to take part in this.”

The statement went on: “I refuse because I don’t believe in the common narrative, according to which the actions of the army protect the state and are therefore necessary. Oppression by the army only causes more suffering and pain, and the young people who are trampled under this grow to hate the other side, which causes the need for ‘defense’ by the army.”

Before reporting to the conscientious objectors committee, Schwartz told +972 that he was exposed to the army’s policies in the West Bank through speaking to his parents’ Palestinian friends from a young age, but that he only made the decision to refuse in the past few months. “I thought that maybe I would serve in a non-combat role, one that is less related to the occupation, but then I came to the conclusion that if I join the army, I am still part of this organization that oppresses Palestinians and has for decades been responsible for most of the suffering caused to the Palestinian population — as well as the Jewish one.”

Schwartz said that he was also influenced by meeting with Palestinians as a young boy at the Seeds of Peace summer camp, where Israeli and Palestinian teens dialogue. “To hear from a girl my age how once in a while the army enters her school and destroys their daily routine, or a boy my age who tells how every time he wants to leave his city to visit relatives he has to go through a humiliating process of hours at a checkpoint, it only reinforces the understanding that it’s not possible anymore.”

He stated that he hopes his decision will affect others as well. “I have no illusions that I will change the opinions of my entire generation and bring about the end of the occupation, but I can open the minds of people closest to me,” Schwartz said.