It’s one thing to have a cold relationship between Netanyahu and Obama, but I really don’t think Israel should get on J-Lo’s bad side. Unfortunately, this might happen. 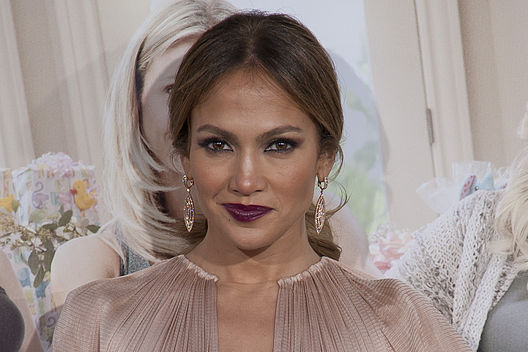 A few weeks ago I watched the third episode of the Israeli version of “The Voice” featuring a contestant from Los Angeles, an Israeli called Michael Alhadif, whose stage name is Michael Jade.

Now, apparently Jade has been on American Idol, and even got so far as the top 40 (wow!). Personally, I don’t know how he got so far – but I digress.

In an interview segment that was shown shortly before his first audition (seen above), Jade tells the Israeli host of the show, Michael Aloni, about how his hands “fell” (Jade makes the quotation gesture) on to her buttocks while giving her a hug. Click here to see Jade boast about the incident, from minute 08:56.

A shiver went down my spine as I heard Jade brag about touching the “coveted” buttocks of another woman with whom he is not in a relationship, and yet feels he has the right to do so. “This is gonna go wild on Facebook,” I thought to myself.

The first real reaction I saw was by Efrat Latman on the Israeli online magazine Onlife, who tore the show apart and also asked the Israeli TV franchise, Reshet, who has the rights for the Israeli version of the show, to explain what happened.

Another online magazine, Horim Bareshet, had better luck. This was the response they got from Reshet:

“Michael Jade is a contestant on The Voice who made aliyah from America. Michael described this meeting with the famous singer Jennifer Lopez, the two became friends during the shootings and during the meeting between them a common jesting was created about the famous subject “the insurance on her buttocks.” During a goodbye hug they shared, a situation occurred where his hand touched herbuttocks. It was all done in good spirit, also the way Michael told this to Michael.”

Since then, the story has been getting some more attention, and today there is a petition going around on Facebook that will be sent to the creators of The Voice:

To: Talpa Productions, and anyone connected with the creation, distribution, and broadcast of the television show The Voice, and its franchises, January 13, 2013

Subject: The Israeli franchise of your show is promoting sexual violence

On the 3rd episode of the current season of the Israeli franchise of The Voice, a contestant bragged about an incident in which he sexually assaulted Jennifer Lopez. He described how, after working together on the set of a video, during a hug goodbye, he “accidentally on purpose” grabbed Ms. Lopez’ buttocks. The host, Michael Aloni, proceeded to joke about the incident, and comments were made (jokingly) about warning Sarit Hadad, the only female judge on the show, about the possibility of “being J Lo’d”.

And apparently, there are many who share this view. Since the incident, a growing wave of protest has been seen on Facebook, online publications, and blogs – objecting to the general “boys club” view of women as objects, the support this attitude is getting on Israeli prime time television, the glossing over an actual description of an attack (by the attacker)… And all of this occurring on your hit show, The Voice. But Reshet, the Israeli franchisee, has either ignored our objections, or informed us that “it was all in good fun”. We don’t know how Reshet defines good fun, but we feel that if a man grabs at a woman without her consent, that is not any kind of fun, but rather an extreme violation of her body, and also a criminal act.

Meanwhile, on last night’s episode, the “fun” continued, when special guest Mosh Ben Ari referred to a young contestant as “forbidden fruit” and cited this is a reason to promote her on the show. Forbidden fruit?
A term hinting at lusting after a young contestant, while acknowledging that this is “forbidden” raises serious questions as to the general mindset of the show.

Our purposes in writing you this letter are as follows:

·       To make a statement that The Voice objects to sexual/gender violence, and is actively against it

Meanwhile, we have already been inspired to act on this subject. On Friday, January 18, we will be holding a singing event in Rabin Square in Tel Aviv, to raise awareness of the endemic sexual violence women are subjected to, whether on television or in the streets or even in their homes.

We, the undersigned organizers of the event, look forward to your support and cooperation in this endeavor.